Royal Flush: Why Poker is Such A Loved Game

Poker is one of the most famous card games in the world, thanks to the many casinos and movies out there that have popularised this well known pastime.

From Hunter S. Thompson’s wild escapades in Las Vegas, to the glitz and glam of high end casinos around the world, poker has definitely made a name for itself as a game with a bit of edge to it.

As much as playing poker is a form of entertainment on a night out on the town, the fact that many people play this game professionally also adds another layer of allure and attraction to the game. This is because at a professional level, so many different tactics are involved, which helps so many others learn more about it.

In this article, we’ll take a brief look at some of the reasons why poker is so loved, and hopefully inspire any tentative poker fans out there to get started.

5 Reasons Why Poker is Such a Loved Game

1. There is an element of mystery

In a poker game, there are so many stakes at play, which makes the game very exciting. While you might need to brush up your skills to learn all of the lingo, everyone who has played poker knows how much it is a game of intrigue, as players try to keep a “poker face” while deciding what to do with their cards on each turn.

Since everyone is hiding their cards, this adds to the mystery, and the sense that while everyone is trying to figure out what is going on, it’s only after exposing your cards that the true nature of the game is revealed.

In fact, one could say that you learn a lot about life and people by playing poker!

As any man who has a regular poker night with his friends will tell you, there are few things more fun than playing a poker game on a Friday night, with snacks, liquor and perhaps even some cigars. Maybe it’s the food and drink that goes with it too, but a poker night can definitely bring out the lighter side of anyone.

Of course, since there is the chance to win the pot at the end of the night too, this adds an element of suspense to the proceedings, and some healthy competition!

People have been playing poker for a long time, so there are many stories that have been told about the game that add to its appeal.

In fact, according to sources, there is a lot of debate about where the game comes from, including sources that say it comes from an ancient Chinese domino game, or a 17th century French game called Poque.

If you’re a movie fan, there is no doubt that you have watched some kind of story set in a casino where the number of chips was tied in with the plot of the story. As you will no doubt know, with movies from Ocean’s Eleven to The Cooler, there are many different films that have built up a cinematic and societal appreciation for the game.

4. Playing poker is so easy online

As if poker wasn’t fun enough to play with physical chips and cards, the fact that poker games are so easy to play online now makes it that much more of a convenient and loved game across the world.

Since there are no limits on how often you can play online, players all over the world are really able to get into the game and learn more about all of the jargon very quickly.

Thanks to its accessibility, and improved online security measures, playing poker online is also now safer than ever.

5. There is always another game to be played 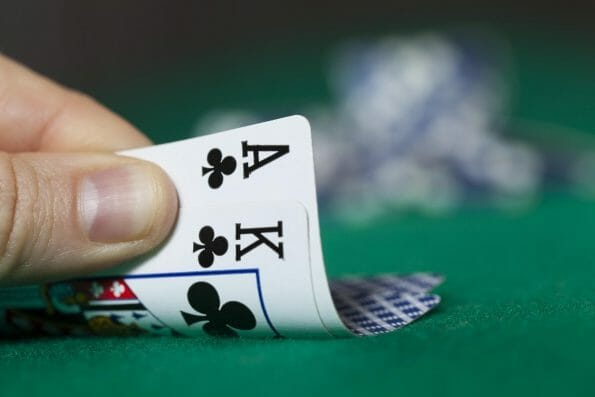 Since every hand that you are dealt is different, every poker game has its own challenges, so it is new and exciting to play everytime.

Of course, the more you learn, the better you play, but since you will never have control over exactly which hands are dealt, each and every time will be a new experience. This makes the game exciting for both amateurs and professionals alike.

From famous movie references to the well known enjoyment of playing in a brick and mortar or online casino, poker has really made a name for itself across the world.

As we’ve covered in the article above, there are many reasons why the game that popularised the term Royal Flush has become so loved. This includes the element of intrigue, how fun it is, its history, its accessibility and finally its versatility.

Of course, there are many more reasons, but these cover some of the main attributes of the game that make it so well liked. Whether or not you’re an amateur or if you have years of experience, it’s likely that most of the above will resonate with you, and perhaps even encourage you to learn and play more.