Reasons Why Now Is the Right Time to Install Solar

With rising concerns over the harmful effects fossil fuels and other non-renewable energy sources have on the environment, global leaders encourage their citizens to transition to renewable energy. It was recently concluded at the COP26 convention that the situation is dire, and representatives agreed to reduce global emissions by 50% by the end of this decade. The main way to achieve this reduction is to move as many people as possible over to renewable energy.

The most common renewable energy sources are hydro, wind and solar – of these three, installing solar energy systems is the most practical option for an average citizen.

Despite the practicality, many people are still hesitant to switch to solar energy. Read on to discover why transitioning now will help you enjoy the benefits of solar panels.

Solar panels were fairly expensive when they were first introduced to the market. It could cost a relatively large amount of money to acquire a low-wattage 12v solar panel. For many interested buyers, this was a huge turnoff.

However, the trend has since changed, as governments are offering rebates and other incentives to encourage homeowners and small businesses to adopt green energy sources. For example, the New South Wales government provides rebates of up to 600 per kW of installed solar panels in Sydney and other cities in the region. Financially disadvantaged first-time owners are eligible for the Solar for Low Income Households grant. This program gives interest-free loans to eligible homeowners to purchase solar products.

As such, it’s now affordable for most people to acquire and install solar energy systems.

The onset of the coronavirus pandemic had a massive impact on the lifestyles of many. With people spending more time indoors, the electricity demand has increased at a rate that the supply can’t match. As such, the cost of electricity will likely continue to rise.

The best way to avoid the surging electricity costs is by migrating to solar energy. After covering the initial solar panel installation cost, you’ll reduce your expenses significantly. Instead of monthly bills, you’ll only pay for maintenance sessions, most of which are years apart.

Due to technological advancements, solar panel efficiency has increased significantly. This means that modern units are more effective at converting solar energy into electricity. Even better, they can generate a substantial amount of power in low-light conditions, enabling you to keep your devices running on cloudy days.

One notable improvement in solar technology is using individual microinverters on each panel instead of a single inverter on the entire system. As a result, your system will remain functional even if one of the connected panels is defective.

Even better, tesla solar panels come with a Powerwall battery for homes and businesses. This accessory stores the energy harnessed during the day for use at night. According to pilot tests, the battery can power a two-bedroom house for 24 hours. You can add more if you own a larger property.

Do you know that installing a solar energy system can increase the value of your property? Because many people know the multiple benefits of the technology, potential buyers find homes with solar panels attractive and are likely to agree to match the asking price quicker.

Additionally, appraisers are currently considering solar panel installations when valuing properties. This is because they know that the future of energy is green, mainly focusing on solar energy systems.

Solar panels are a worthwhile investment because of their durability and reliability. When you purchase from a reputable manufacturer, your panels should last for at least 25 years. On the other hand, batteries might need replacement after five to ten years, depending on the type of electrolyte they use.

Concerning the degradation of solar panels, energy conversion efficiency is reduced by an estimated 0.8% annually. However, this decline mostly depends on the quality and type of solar panel. High-end units have incredibly low degradation levels that do not exceed 0.25% yearly.

Furthermore, a tempered glass coating protects the photovoltaic cells on solar panels, enabling these units to withstand the harshest weather conditions. Tempered glass is up to four times more robust than standard annealed glass, which is why panels can survive rainstorms, extreme heat, and strong winds. 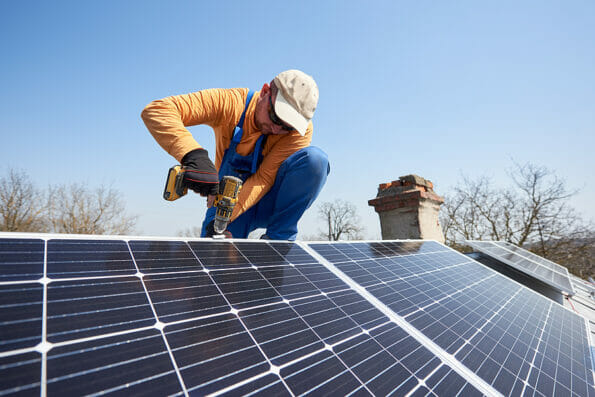 Sometimes, you might have many solar panels such that the energy they generate exceeds the available storage capacity. Luckily, many regional governments have net metering laws that obligate energy companies to pay you for the power you supply back to the grid.

Although most companies pay you at the same rate you buy from them, this isn’t always the case. This is why you need to compare different retailers to see who promises to give you the most significant pay.

Eco-friendliness is undoubtedly the most significant advantage of solar energy over other sources. Adopting this form of energy production means that you are actively contributing to reducing global emissions that cause climatic changes.

Over extended periods, generating power directly from the sunlight reduces global carbon footprints. An average home can reduce its carbon production by 40 tonnes over 25 years, equivalent to planting 1,000 trees. By transitioning to solar, you contribute to a greener and fresher environment.

Although solar panels have a higher upfront cost than connecting to mains electricity, they’re cheaper in the long run. This is because, unlike the latter, investing in solar energy exempts you from paying monthly bills.

Should You Switch to Solar Now?

Additionally, there’s uncertainty about the strength of the Australian dollar against other currencies. This means that it isn’t easy to predict the future prices of solar products since most of them are imports.

Lastly, some studies suggest that solar equipment’s price might rise due to the increased demand – so, don’t be reluctant, contact the nearest installer now!