A College Course On Beyoncé 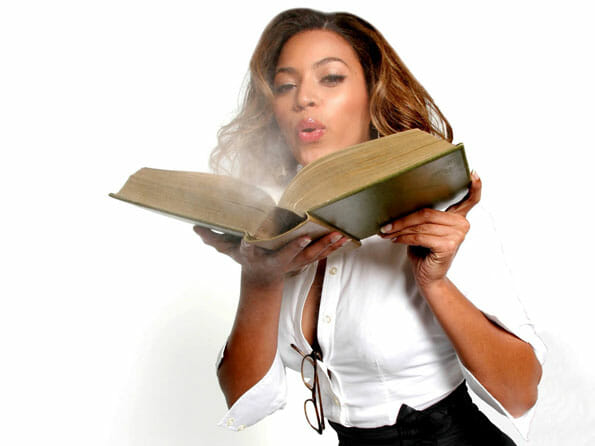 The Women’s and Gender Studies department at Rutgers University is offering a course on Beyoncé. It’s called Politicizing Beyoncé which leads me to believe this is NOT a performance class. Whatever it is, it’s about damn time! Just kidding, I never thought this would actually happen. In my dreams, sure, but in real life? Well, Beyoncé’s documentary is called Life Is But a Dream, so honestly, I don’t know how to answer that question anymore. I wonder if this will be on the final. There’s an old saying that there are three things you should never discuss with people: religion, politics, and Beyoncé. So with Beyoncé and politics off the table, I’m not really sure what they’re gonna accomplish in Politicizing Beyoncé. Probably debating what Blue Ivy smells like. I’ve got a good argument leaning towards unicorn tears and subtle notes of cotton candy. What? I’m not weird, you’re weird.