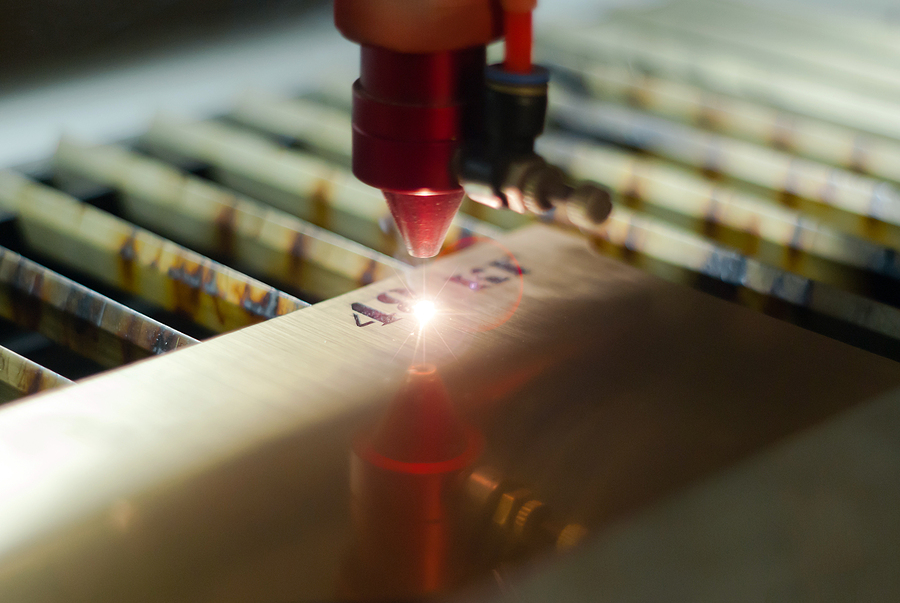 As we all know that the laser marking technology is getting popular these days because of the increasing demand for permanent marking solutions for many industrial sectors. Apart from providing the permanent industrial marks, these laser marking solutions are also capable enough of creating the most efficient as well as accurate industrial marks for maximum industries. Moreover, by utilizing this portable laser engraving machine for your manufacturing unit for the purpose of marking, you certainly will be able to achieve the ultra precise marks even if you need it in the form of data matrix codes or other marks as well. And the one thing which you certainly going to have is much faster speed than other techniques of industrial marking solutions. So, having all these facts in our minds, today we are going to provide you with the top most laser marking machines for industrial solutions which you certainly required for your manufacturing unit. Here let’s have a look then:

The carbon dioxide (CO2) laser marking machine can be considered as the most popular as well as modern industrial marking solution. This Industrial Marking Solution is power packed with a gas filled discharge tube where a reflector is complimenting it at its first end and a partially reflecting mirror has been set off on its other end. This reflecting mirror is further utilized as an output coupler in this CO2 Laser Marking Machine.

In this laser marking solution, mainly the light technology is used which is produced by electricity that passes through its gas filled discharge tube. After this, the light is turned into a laser beam by reflecting this through the partially reflecting mirror.

Now here if we elaborate the gas filled discharge tube then it contains different gases such as nitrogen, helium, carbon dioxide and hydrogen etc. So, when the current is discharged towards the gas filled tube mainly through the nitrogen molecules then the gas mixture obtains energy where the nitrogen particles are already capable enough that they can hold this current in the form of electric energy for a longer period of time even without losing it. The nitrogen particles then further activate the CO2 particles by creating a chain reaction within this gas mixture. And finally when the CO2 part activates, the gas mixture is actually filled with high energy particles which further activates the helium atoms. Due to this process, the nitrogen particles start emitting light in the form of photons that straighly goes to the chamber as reflected by the partial mirror and when it passes through the reflecting mirror then it converts into the laser beam which is used for industrial laser marking.

The Fibre Laser Industrial Marking Machines are regarded as one of the most qualitative and reliable industrial marking solutions. They are used in the form of solid state which now have become the highest industrial marking standard in the category of best laser marking equipment. Now when we are talking about the solid state equipment then it certainly means we are referring to the laser source which is actually sealed so that it could be protected from entering the dust particles in it. This protective shield in this fibre laser industrial marking machine further protects any kind of leakage in it, also improves fibre laser’s efficiency and ensures laser density as well.

In this fibre laser marking solution, a fibre optic cable is mainly attached here which actually looks like a data transfer wire. Further fibre shield is used for channeling the light which is emitted by the banks of the laser diodes. Afterwards, the light is focused on the lens after it has been amplified and channeled and then it is emitted as a laser beam.

This laser marking machine solution is comparatively simpler than other forms of laser marking solutions such as it doesn’t require the optical mirrors in its setup. Because the light intensity can be simply created through its fibre optic cable. Apart from it, this fiber laser system is basically air cooled that doesn’t require additional coolant equipment at all. Overall the fibre laser marking system works on the compact setup that requires to be integrated with the existing production line that actually runs without issues.

This YAG Laser Industrial Marking Solution is also known by the name of lamp pumped laser that requires comparatively lower wavelength as used in CO2 Laser Marking Solution. In this laer etching machine, here mainly the Yttrium Aluminium Garnet (YAG) in the form of synthetic crystal as well as a bulb lamp as in pumping mechanism are utilized for creating a path for passing the laser beam.

Now when the light energy is discharged towards the YAG crystal then, as a result, the neodymium ions get activated and converted into the high energy state. With this activation, here a state of population inversion is produced that further produces the light and just like in the CO2 laser marking machine, here also the light travels between two mirrors which influences the intensity of light and it goes on passing between the two mirrors until and unless it emerges bright through the partially silvered mirror.

Here in this content, we have provided you with the best as well as modern laser marking solutions for your respective industries. All these given solutions are capable enough of providing you with the fastest marking results which certainly would be more efficient and accurate as well.

HeatSign is a professional industrial laser marking solution provider for almost all types of industries having an experience of more than ten years in the same line of business. With HeatSign, you can literally have the customized marking solutions for your manufacturing unit based on your relevant industrial requirements.