Man Brews Up A Resum-Ale Instead Of A Traditional Résumé 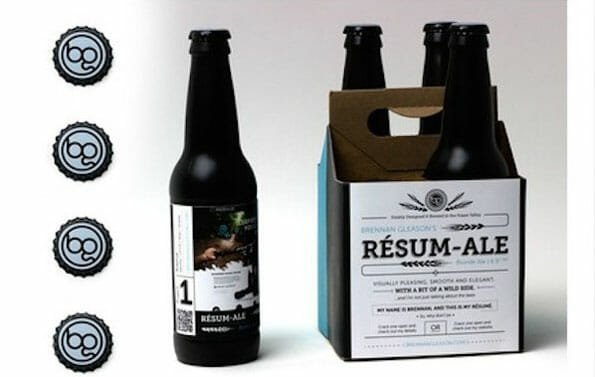 Graphic Designer and beer-brewing hobbyist Brennan Gleason is on the market for a new job! Instead of typing up a boring-ass résumé he brewed up a Resum-Ale, a 4-pack of beer he’s sending to potential employers. Brennan’s résumé appears on the packaging and each bottle contains an example of his work. Clever! Hopefully the booze will generate some interest. Orrrr at least get a good buzz going! Hey, I’m not the one handing out jobs over here. But if I was, Resum-Ales would be MANDATORY.