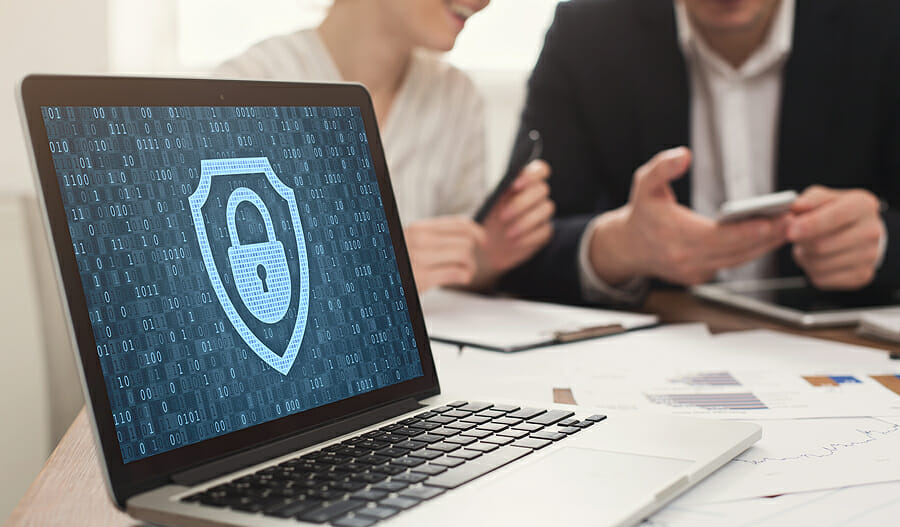 Security risk or threat is a malicious act that aims to disrupt or steal data from an organization’s system. A security event occurs when the exposure of a network or data happens, rendering it vulnerable. As the information technology sector progresses exponentially, so do the security risks associated with businesses and organizations. Enterprise IT teams have to remain vigilant at all times to counter these risks and protect networks or data.  To ensure maximum protection, you can take help from a cyber security firm where you can meet all experts. Below we will discuss some common threats that organizations face almost daily:

Phishing attacks are the ones where the transmission of carefully targeted messages happen. These messages have a link present that, when clicked, installs malware that grants access to sensitive data or networks. Usually, people become victims of phishing attacks when hackers hide the link in an attractive offer such as discount coupons. These phishing attacks have become more sophisticated with time and are now considered a severe security threat for organizations. Hackers have leveled up their game as employees become more aware of suspicious links or email phishing dangers. Today, hackers use machine-learning features to automate the drafting and distribution of fake messages. They use this automation in hopes that a recipient will unwittingly compromise the organization’s network. Suh attacks enable hackers to steal user data, credit card information, financial credentials, and access to the database.

Disrupting a business is a powerful tool for cybercriminals to bait you in making quick and unnecessary fixes. These disruptions distract a company, costing them a waste of time, effort, and money while putting them at the criminal’s mercy. For example, hackers can disrupt an internet network, hampering business operations or production.

Another common security threat that has gained popularity in recent times is a ransomware attack. The threat closely resembles disruption by holding sensitive data or valuable information hostage by encryption. Cybercriminals then demand ransom in return for decrypting the data and returning access. Ransomware costs organizations and victims billions each year as hackers kidnap the network and hold it for ransom. The rise in cryptocurrency has made it easy for hackers to receive the ransom while remaining anonymous. The most disturbing part of ransomware attacks is that there is no guarantee that a criminal will keep their word after receiving the payment. It explains the need for getting expert IT professionals on board. Organizations prefer hiring professionals with masters in cyber security online to counteract these attacks and keep the criminals at bay.

Social media and mobiles serve as excellent tools for business promotion and remain the source for hackers. Cybercriminals use social media as a medium to distribute a geo-targeted attack called water holing. The attacker infects most pages that they believe a targeted organization frequently visits.

Similarly, IT security teams can identify mobile malware’s risk the moment they connect to the internet. Keeping in view the time spent on smartphones daily by people worldwide, hackers easily plant malware and fulfill their dire purpose. Both social media and mobile remain active targets for cybercriminals to steal personal data and use it for their gain.

The development of technology has also introduced bots and mediums of misinformation. It causes distrust among the members of the public regarding the information they encounter. It could also give an opposite effect of mistakenly trusting false information available. In any case, it makes it hard for organizations to communicate and maintain trust with consumers. Maintaining trust also becomes problematic if they have spread false information or impersonated an organization. Hackers use the disorienting feature that falsely instructs employees to follow. For instance, a hacker can access a company’s cloud storage and upload fake instructions to move money into the wrong account. It creates serious compromise in the security function and poses a significant level threat for an organization.

As cyberattacks become more sophisticated, their attack patterns have shifted to new digital domains. Mainly, we have seen hackers try to gain access to 5G-to-WiFi networks. 5G continues to grow exponentially by providing calls and data to Wi-Fi networks to save bandwidth. Unfortunately, the emerging technology does not have suitable security protocols, making it openly vulnerable. This loophole provides opportunities for hackers to gain access to mobile and devices connected. Areas of interest that become vulnerable due to the risk include cafes, restaurants, airports, and other hotspots for 5G networks. The data and information present on this network remain at a greater risk of unauthorized access.

Deep fakes have become a widely used silent attack against a variety of individuals and organizations. The attack uses artificial intelligence to manipulate an existing video or image. It uses someone else’s identity to falsify actions or voice. Most prominently, political candidates became victims of deep fakes who appear to say or do something that damages their reputation. In an organizational setting, hackers use deep fakes to gain access to voice or facial recognized areas and gain sensitive information present. For instance, a cybercriminal can gain access to a military installation and access sensitive intelligence data. They can use that data to extort or sell it to other countries. With voice and image manipulation, cybercriminals have endless opportunities to complete sinister purposes.

These are malicious programs that infect a system by replicating itself to the system or host file. It remains dormant until someone activates it and spreads infection without the knowledge of system administration. Worms remain active on a network without the need for human interaction. They move by using areas of the operating system that remain invisible to the user. Once it enters a system, it immediately starts the infection on systems that do not have adequate protection.

Cyber threats remain an operational risk for organizations that make sensitive financial and classified data vulnerable. IT teams remain vigilant at all times because cybercriminals have leveled up their game and now use sophisticated techniques. Every day there is a new threat emerging that needs an immediate plan of action to counter.