Ways to Improve Flavor When Vaping 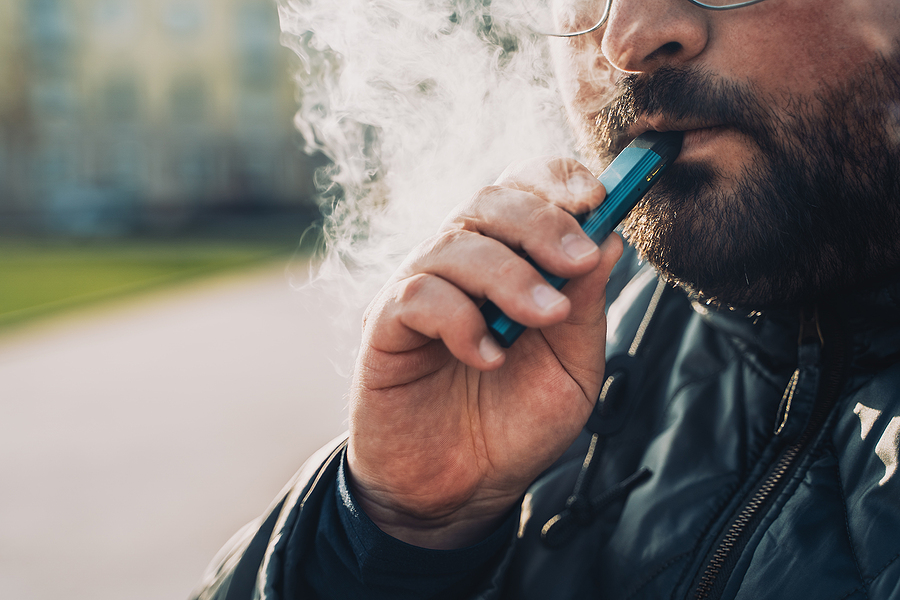 The one universal constant of vaping is that vapers love great flavors. Getting nicotine without smoke might be the thing that made you switch to vaping in the first place, but it’s the amazing flavor of the e-liquid that keeps you interested and prevents the cigarette cravings from returning. The greatest thing about vaping is that an e-liquid can taste like almost anything you can imagine. A cigarette, meanwhile, can never taste like anything but a cigarette. You’re always on the hunt for new experiences that can keep vaping fresh and exciting, and you’re always looking for ways to get bigger, bolder flavors out of the vaping equipment that you have.

If all of the above rings true to you, this is the article that you want to read. You’re about to learn the tricks of the trade that can help you improve the flavor you experience when vaping.

If you want to experience the best flavor that your vaping device can deliver at all times, the most important thing that you can do is vape with a clean coil. You’re probably already very aware of that, of course. You know that nothing tastes quite like those first few tanks of e-liquid that you vape right after replacing the coil in your tank. If you use one of the heavily sweetened e-liquids that are so popular with mainstream vapers these days, though, coil replacements are a pretty big deal for you. Coils are expensive, and you probably already replace them more often than you’d like. When you use a sweetened e-liquid, all it takes is a day or two of vaping before your coil is covered with black gunk, and the flavor is absolutely horrible. Managing your coils is a constant balancing act between trying to get the best possible flavor and trying to avoid overspending on vape gear.

So, how do you get that new coil flavor more often without spending a fortune? You need to learn how to clean a vape coil. When your coil gets covered in residue from sweetened e-liquid, it’s not a problem with the coil itself; the coil is just dirty. Under the gunk, you’ve still got a coil that’s only a day or two old; all that you need to do is remove the gunk. If you make coil cleaning part of your vaping routine, you’ll spend more of your vaping time enjoying the best flavor that your e-liquid can deliver. You’ll also spend a lot less money on new coils.

If you’re like most vapers and buy your e-liquid in big, plastic bottles with bright labels, there’s a good chance that almost every vape juice you use is heavily sweetened. The vast majority of mainstream e-liquid brands liberally add sweeteners to their products because that’s what almost everyone wants. Vaping a heavily sweetened e-liquid is almost like inhaling candy – who wouldn’t enjoy that?

Coil gunk, however, isn’t the only problem with sweetened e-liquid. The other problem is that sucralose doesn’t just make an e-liquid taste sweet; it also tends to cover other flavor notes. For a comparison, consider chocolate. Serious chocolate lovers often prefer dark chocolate over milk chocolate even though milk chocolate is much sweeter. The reason is because the higher sugar content – though it is very delicious – covers the subtler flavor notes in the chocolate. Chocolate is one of those foods that expresses the special characteristics of the soil in which it is grown. You’ll only taste those characteristics, however, if you keep the sugar to a minimum.

The fact that sweeteners tend to cover subtle flavors isn’t the only concern here. The other concern is what happens when e-liquid makers create sweetened vape juices. If you know that people won’t be able to taste subtle flavors in your product, you have no reason to use those flavors at all. It’s much easier to make an e-liquid that uses simple, inexpensive flavors and plenty of sweetener. Sweetened e-liquid tastes simple, like candy. So, would you rather have candy or chocolate?

If you want to experience the most interesting e-liquid flavors on the market, it’s a very good idea to try some products from the older vape juice brands that were around before the sweetener craze began and have never added sucralose to their vape juices. You may find that you prefer the more complex flavor profiles of unsweetened e-liquids.

The last thing that you need to do as you work on improving the flavor of your vaping setup is optimize the hardware itself. If you aren’t already using a vape tank with a mesh coil, you absolutely need to get one. The mesh coil is probably the single greatest revolution for flavor in the vaping industry since the invention of the vape tank itself. Describing all of the reasons why mesh coils are so much better than traditional coils would require an article of its own. In short, though, a mesh coil spreads its heating surface over a much wider area than a traditional coil, and that allows for much larger vapor clouds with a more focused flavor. There is no reason why every owner of a vape tank shouldn’t be using a mesh coil.

Once you have a mesh coil tank, the next step is to optimize it for better flavor. The problem is that, out of the box, vape tanks aren’t optimized for flavor; they’re optimized for cloud production. To produce the biggest possible vapor clouds, a tank needs to have very large airflow vents. The problem with that, though, is that air has no flavor. Allowing more air to flow through your vape tank will give you bigger clouds, but it’ll also dilute the flavor of your e-liquid. With that in mind, the correct way to set up a vape tank for better flavor is by closing the airflow vents slightly.

When you reduce your tank’s airflow, you should also lower the wattage of your device significantly before you start vaping. That’s because the air flowing through your vape tank doesn’t only make the clouds bigger; it also helps to regulate the temperature of the atomizer coil. If you reduce the airflow while keeping the wattage the same, you may find that the vapor becomes unpleasantly warm. Reducing the wattage prevents that from happening. After doing that, simply tweak the wattage and airflow until you find your ideal balance of cloud production and flavor.