How Your Favorite Childhood Toys Have Evolved Thanks To Technology 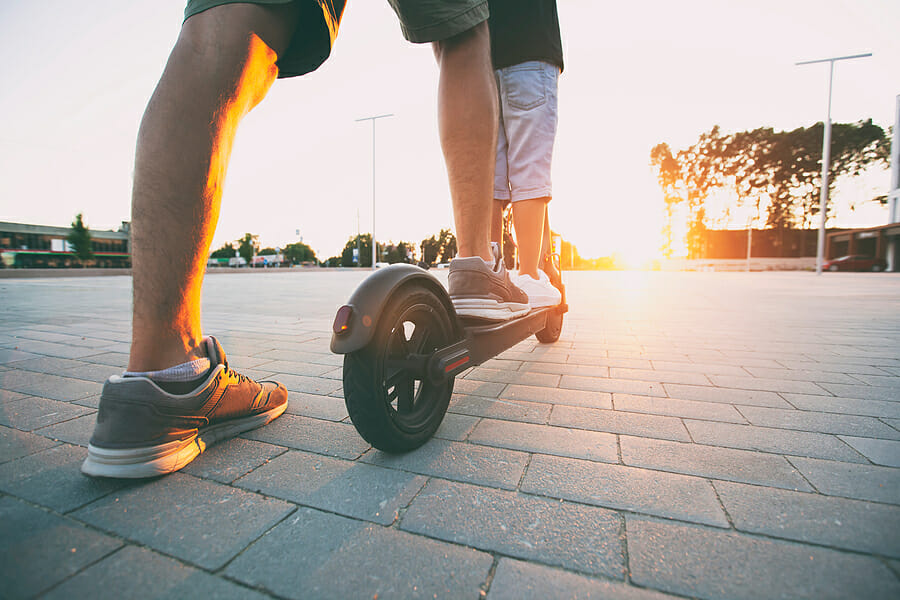 Toys are a childhood staple, but they aren’t immune to Father Time. Even the most iconic playthings can change over time to meet the needs of a new generation of youngsters.

These changes can have a huge effect on how a toy impacts its users. Anyone used to a certain kind of gameplay must acclimate to surface-level changes. Once that’s done, though, a newer version of a toy is often more exciting, lively, and fun than its predecessor.

This is especially true if technology is in play. Here are a few examples of how tech has impacted some classic childhood toys in recent years.

No, this isn’t referencing motorcycles. It’s talking about electric bicycles that anyone can ride. Now, electric bikes aren’t anything new. But 21st-century electric bike companies have breathed fresh air into the industry.

Electric bikes have two things going for them. The growing desire to live a sustainable lifestyle makes an electric bike particularly alluring. In addition, the practicality of something that can keep you going, even when you aren’t fully pedaling, makes it appealing for a variety of different users.

This has led to a spike in both the interest and development of a new generation of bikes. While they still can operate, function, and look like a classic bike, e-bikes use tech to take the classic concept of a bike ride to the next level.

Mobile Apps Are All the Rage

When mobile apps come up, they often call to mind games that are native to a mobile environment. Apps like Farmville, Kingdom Rush, and Candy Crush come to mind. But you can also find many older games in a mobile format, such as:

It doesn’t matter if you’re looking for a simple round of checkers or a world-building competition in Catan. There’s a mobile app version of practically every classic game at this point.

These don’t just offer a new and exciting way to play the game, either. They often introduce little tweaks and adjustments that spice up the original gameplay. The added fact that you can engage in a little competitive fun with friends no matter where you are makes mobile versions of classic games that much better.

Pokémon Is Quite Different

Pokémon has been a childhood classic for multiple generations now. The original concept included a few basic options, such as a Game Boy video game, serialized cartoons, and a table-top card iteration. Now, the franchise has developed into a massive world with countless changes and variations on the original entertainment formulas.

Not surprisingly, technology made many of these adjustments possible. For instance, a live-action Pokémon movie came out in 2019. This would not have been possible without the incredible capabilities of modern, 21st-century CGI.

On top of that, the 2016 release of the mobile game Pokémon Go heralded a brand new, interactive way to engage with the world. Even the imagery and visuals of the Pokémon brand have changed, thanks in large part to technology.

AR and Visuals Have Exploded

Speaking of Pokémon Go, the use of augmented reality has also had a significant impact on another classic, visually-based toy. At first glance, the concept of AR tech seems to be novel. But in another sense, it’s nothing more than an innovative, tech-driven new take on the View-Master.

View-Masters have provided simple entertainment for children for decades. All that they require is to slip in a ring of pictures, find a bright room, and pull down on the lever. This rudimentary viewing machine has had a significant impact on childhood fun over the years. It also paved the way for the modern AR experience.

Modern children aren’t restricted to mechanical levers. Nor do they view still images. Instead, they can use phones and tablets — often mounted in AR goggles, to engage with their games.

Remember Rock ‘Em Sock ‘Em Robots? Yeah, you can play that on an app now. If you’re seriously interested in getting a classic Rock ‘Em toy set, you can still get one if you look around, too. But the truth is, the toy robot industry has moved on from the iconic one-two punch novelty.

The modern robot industry is an area where tech can be let off the leash. As things like artificial intelligence and machine learning advance, more sophisticated toy models are becoming available. Many of these bring elements of multiple classic toys together. They might assemble like a Lego set or snap together like good old K’NEX.

At the heart of each creation, though, is a computer. This opens up a whole new world beyond the mechanical. From videos and music to pre-programmed behavior, remote controls, and even automatic recharging, modern robotics has come a long way — even for children.

The idea of a picture-perfect family moment has been a concept ever since George Eastman invented the Brownie camera over 120 years ago. In the past, the camera, whatever the model, was usually wielded by a parent looking to capture a moment in time forever. They used their expensive, delicate contraptions to snap pictures — which often required developing. Even once digital cameras became available, they were often clumsy, low-quality, and required computer hookups to properly see the pictures.

Now, the world of casual photography has changed. The average age when a child gets their first phone has dropped to the point where many older children can snap their own Kodak moments. On top of that, toys have come to utilize tiny tech to provide simplistic cameras that allow younger children to take photos, as well. These are much more advanced than your average 1990s disposable camera, too. They come with gigabytes of storage and can even film videos.

From cameras to apps, robots to bikes, the world of toys has evolved quite a bit in the last generation. The good news is, older toys haven’t been left behind. Instead, they’ve adapted to suit the needs and desires of modern children. This has kept classic activities like board games and biking alive and well. In fact, in many cases, it’s reinvented them in more exciting ways than ever before.