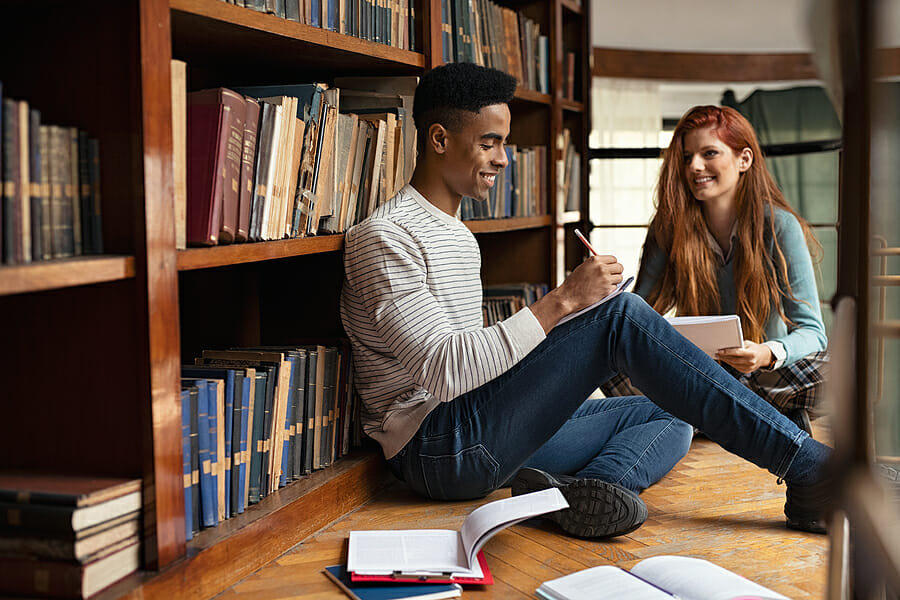 There are a lot of books students are to read during their studies. The majority of them are rather boring. However, there are a few that are involving and catching. Read further to familiarize yourself with the list of the best books with unexpected plot for students!

When we pick up a book, we discover a new amazing world full of exciting adventures, unexpected turns, and unlimited possibilities. Literature helps us find ourselves in the places where we have never been and see what is often not paid attention to in the real world.

Modern generations look for a new kind of literature. A lot of books written in the 21st century aim at changing people’s outlook on life. Therefore, the youth chooses their readings more thoroughly having a wish to come across something extraordinary and breathtaking. This is especially actual for students who have begun their independent journey into adulthood and want to discover the world on their own. Different stories can distract them from personal dramas, stressful situations and will share invaluable life experiences. The list below is perfect for those studying in high school or college, those who would like to read the most exciting thrillers, romance novels and/or fantasy. Read further and be ready to write down the books you would like to have.

The novel “Alchemist” written by a Brazilian writer, Paulo Coelho, would be great for those who believe in signs and destiny. This is the story of a poor shepherd Santiago, who gave up his stable life and started to search the real purpose of his existence. The book encourages everybody to think about people’s genuine meaning of life.

“Empire of Angels” by Bernard Verber

If you reflect on the concepts of life and death with interest, immerse yourself in Bernard Verber’s ‘Empire of Angels.’ Here, fantasy intertwines with reality, and fictional characters contribute to historical figures. The main character, Michelle Panson, dies and finds himself in heaven. It becomes clear that he did more good acts in his life than the bad ones. Thus, he is to become an angel. A real guardian angel. There are three souls for him to care about. He must steer them onto the right path. The plot seems intriguing, doesn’t it?

“Wuthering Heights” by Emily Bronte is a tragic story about a love triangle. They say this story inspired Stephanie Meyer to create her famous Twilight Saga. The real tragedy and true love are excellently depicted in this novel.

“The Fault in Our Stars” by John Green

This story is about teenagers suffering from a severe disease, but they still love their life and don’t want to give up. The author also shows how many problems they have in their relationships being people who are equally ready for hatred and love. Two young ones, Hazel and Augustus, fall in love with each other. However, they are tormented not only by the shadow of death hanging over them but also by jealousy, anger, and misunderstandings. They are together. Now – together. But what awaits them ahead?

One of the greatest books written in the 21st century. Many condemn Dan Brown for affecting religion and making people doubt the history of Christianity. But when viewed from the other side, the “Da Vinci Code” has a perfectly written and well-planned plot. The sequence of events, as well as the manner of writing, brings real pleasure to its readers. The text is so easy to perceive that you don’t even notice how you will finish the book in a couple of days. The idea is to make the reader constantly involved in what is going on there. Dan Brown worked out the material at the highest level. Tremendous work was done with historical documents, which can only delight his fans.

“The Picture of Dorian Gray” by Oscar Wilde

The only published novel written by Oscar Wilde brought him both scandalous fame and stunning success. A dramatic story, captivating from the very first lines, shows the readers the frightening world of secret desires and innermost thoughts, keeps them in suspense to the last page. In “The Picture of Dorian Gray,” eternal human values ​​- kindness, humility, sincere love, are contrasted with the same vices – narcissism, voluptuousness, and depravity.

“The Lord of the Rings” by J.R.R. Tolkien

“The Lord of the Rings” trilogy undoubtedly tops the list of the best books of the 20th century. Its author, J.R.R. Tolkien, was a professor at Oxford University, a specialist in the English language. This talented writer created a fantastic world – the Middle Earth, which, for nearly fifty years, has attracted millions of readers. There live different wizards, and numerous elves sing in silver forests. In the deep caves, gnomes extract precious mithril.  And the good magicians are constantly tested in the battle between the Light and Darkness, the outcome of which, by the will of providence, depends on the smallest inhabitants of this imaginary universe – the Hobbits.

“Pride and Prejudice” by Jane Austen

The prejudice of a woman makes her disbelieve the sincerity of men’s feelings. However, in the end, everything changes. How? Read this novel and you will know. Without this book, there would probably not exist such a thing like “feminist” literature!

By the way, everyone starting from teenagers and ending up with seniors should pay attention to these books. Sometimes it is useful to be distracted from one’s personal matters and life. Open a book and let yourself be carried away to another reality, world or era. It is possible that in the stories mentioned above, you will find something that will help you find the solutions even to your personal worries and will just make you relax and distract from everything around.

Jennifer Broflowski is a freelance writer working for one of the best writing companies called ResumeWriters.com. She works there already for 3 years. She got her Master’s degree in English in one of the most prestigious universities in Poland. After her graduation, she lived in Warsaw for one year and traveled around the world before moving to Canada. Before working at PaperLeaf, she worked for a few local magazines and got a lot of experience in writing, which helps her deliver the content of the highest quality.