Are VR boxes the same as 3D TV? 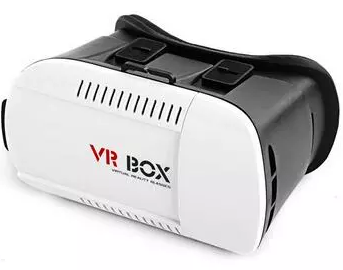 So what’s so hot about virtual reality (VR) boxes? Aren’t they just the same as 3D TVs? Let’s briefly look at the rise and demise of 3D TV and then explain why VR boxes are a completely different phenomenon and are likely to stay.

Between 2010-2015 or so TV makers were selling their 3D TVs hard to the public. If you paid $$$ extra you could wear a pair of goggles and be immersed in a 3D movie as it awed and (sometimes) scared you with the new world. Yes, you could even watch movies like Avatar at home…

There were two major problems with this – after spending more than $1500 for a TV you often had to come up with a further $150 or more per set of goggles. Early adopters still bought them in numbers so this wasn’t so much of a problem. The next bit was – they caused people headaches due to the visual distortion that the 3D goggles brought to your eyes. No one found a way out of that and as more people had the problem so the fad died out.

Besides, there was a far more interesting technology emerging that didn’t cause headaches – VR boxes

VR boxes and why they are here to stay

VR boxes have been around as early as the 1960’s according to Wired. What really made them exciting and more importantly useable by the mass market was the advent of the cellphone, with its huge processing power and small form that means that a screen can be hung in front of your eyes with hardly any discomfort.

Essentially a VR box is a frame that holds your cellphone screen in front of your eyes. A stereo image is sent to your eyes from the screen via two lenses and this gives you the feeling of seeing the virtual world before you in 3D.

Using a variety of position sensors in the cellphone, the unit ‘knows’ where you are looking at all times as you tilt and turn your head. With some amazing software technology it is then possible to put you ‘in’ the world in which you are viewing.

VR boxes really started coming into their own in around 2015, when Google released the Google Cardboard which is the most basic of VR boxes. In the last 2-3 years these systems have really improved with better lenses (many of which are adjustable to your own eyesight unlike 3D TV goggles) and are built for comfort, even if you wear spectacles.

As a buyer you can get VR boxes for as little as $10 (or free with the Google Cardboard). Different models can work with iOS, Android or both. You should spend what you can afford – as with so many things in life you get what you pay for – but even so a more expensive VR box really doesn’t cost more than $150…

So, there you have it – VR boxes have been around since middle aged men were babes in arms and more importantly, are here to stay. You don’t have to find $$$ to enjoy them either!