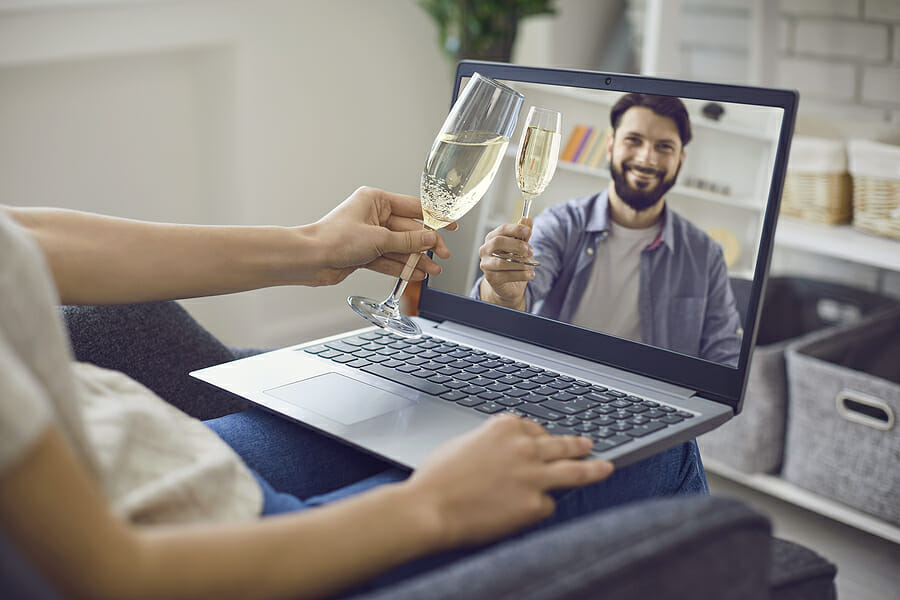 The results are in and the figures make for interesting reading. Enlightening, though in no way surprising – particularly considering the events of the past 12 months. People are having less sex than ever before, with a growing proportion of younger people indicating their intent to turn their backs on conventional dating entirely.

A recent survey conducted on 2,000 singles with Millennial and Gen Z age groups found that at least 60% have taken part in virtual sex of some kind since COVID-19 broke out. Among whom, 75% said that this was the first time they had experimented with virtual sex.

This included the use of adult web cam sites like ePlay, which provide the opportunity to take part in real-time hookups with cam girls from all over the world.

But what was even more remarkable is how almost 25% of those who took part in the study stated that they had fully shifted their sex lives to online channels.  Or in other words, they’d completely taken their attention away from dating and sex in the conventional sense, in order to focus on virtual hookups as a preferable lifestyle choice.

The Obvious Health and Safety Implications

Of course, you could argue that the latest figures don’t necessarily paint an accurate picture of society’s preferences as a whole. Over the course of the past 12 months, dating in the conventional sense has been practically impossible for most of the world’s population. Or at least, an inadvisable option for those looking to protect themselves (and everyone else) from COVID-19.

In the meantime, adult web cams and virtual sex has gone from strength to strength. Initially experimented with as an outlet for pent-up sexual tension, many have subsequently found virtual sex to be a preferable alternative to the real thing. At least, in terms of convenience, accessibility and a complete lack of BS.

It’s also true to say that for a lot of younger people, the whole dating scene in general holds little by way of appeal. Call it a generational attribute rooted in entitlement and impatience if you like, but it’s nonetheless true to say that younger generations genuinely cannot be bothered with the BS that goes hand in hand with dating. Finding someone to hook up has a tendency to be time-consuming, costly and a venture that opens the door to disappointment…or embarrassment.

If there’s a way of attaining instant gratification that sidesteps all the negatives associated with conventional dating, why wouldn’t you give it a go? Adult web cams provide audiences with ‘on-tap’ access to what they want, when they want it and with no strings attached. Something which for younger generations appears to hold far more appeal than the conventional approach to dating.

Outside the workplace, the most common places for hookups to occur has always been the overcrowded and sweaty meat-markets downtown. Slowly but surely, young adults have demonstrated growing disdain for the downright unpleasant bars, clubs and nightspots that were once the primary hookup spots of the masses.

As for why, it’s a combination of extortionate prices, questionable clientele and displays of drunken debauchery that are most off-putting. Not to mention, a major driver of interest in adult web cams and even the services of escorts in some regions – both preferable alternatives to conventional clubbing.

No Guilt, No Shame and No Strings Attached

Last but not least, there’s also something uniquely liberating about getting your kicks in a virtual sense, without the guilt of having actually met the individual in person. With virtual sex, there’s absolutely no guilt and zero shame involved. There’s also no strings attached, making it just the thing for those who have no interest settling into long-term relationships.

Plus, there’s the freedom of being able to experiment with things you’d otherwise be too shy to get into in the real world. With adult web cams, even the sky is the limit when it comes to creativity and experimentation. All of which adds up to a satisfying, liberating and more enjoyable experience with each encounter – minus the time, effort, costs and complications associated with conventional dating.