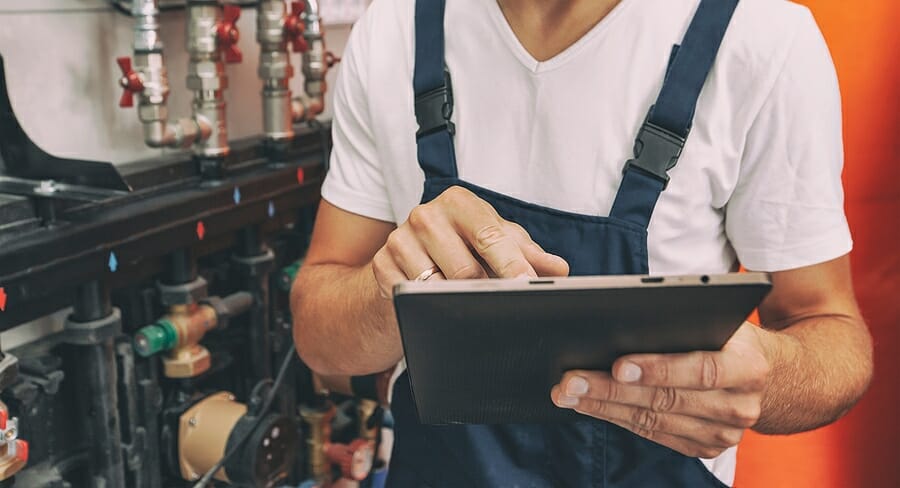 Combi boilers or combination boilers are an efficient way to heat your home and water supply at the same time while remaining physically compact and saving you a lot of space. This, combined with its relative affordability compared to other types of boilers, makes it an attractive choice for homeowners on a budget.

While its popularity is justified, especially among smaller homes and apartments, would combi boilers work well for large houses?

Unfortunately, the short answer is no. Although they could work, combi boilers would not be your best choice for larger homes, especially with multiple people living in the same space.

Why not a combi boiler?

Combi boilers draw water directly from the mains water supply without a separate water tank for storage. Because of this, using multiple taps at the same time – a large possibility for bigger homes – could significantly weaken the water pressure.

This problem is amplified in larger homes. Bigger houses usually come with more taps and bathrooms to supply simultaneously with hot water and more people that would need to use these taps simultaneously. Thus, a combi boiler’s compact size, efficiency, and affordability might be outshined by its potential inconvenience when serving larger houses. If you’re interested in learning more about combi boilers and you think that a combi boiler would still work well for your home, you can check out this best combi boiler guide.

What kinds of boilers are best for large houses?

Larger houses could do better with these boilers designed to supply larger and simultaneous demands for hot water and central heating. Both regular/conventional boilers and system boilers require separate water tanks, unlike the combi boiler, which heats up water on demand from the mains.

Although this means that one may have to wait for a while for the water to heat up, it also means that there is a larger supply of hot water in the house. Thus, water pressure remains unaffected even if multiple people need to use hot water taps simultaneously, making them perfect for larger homes and households.

This is the oldest type of household boiler to be used for both central and water heating and is also the one that requires the most space. They can often be found in large, older houses. If space is not an issue for you, this may be a safe bet.

Instead of taking the water directly from the mains water supply, a regular or conventional boiler requires a separate cold water tank (usually placed on the roof) which will serve as its water source.

A system boiler is the conventional boiler’s sleeker cousin. Like the combi boiler, it uses the mains water supply as its source while having a hot water tank for bigger storage.

This type of boiler has the combi’s advantage of using the mains water supply, thus taking up less space than the regular boiler while supplying enough water for a large house without sacrificing water pressure.

Combi boilers, especially the more powerful ones, could work for larger homes. However, you would always run the risk of fluctuating water pressure throughout your stay. If you can afford it and have space, it is best to stick with a system boiler or a regular/conventional boiler. Although not as fast and compact, they are reliable and would probably save you a lot of headaches in the long run.

You can find heating information for the UK at iHeat.