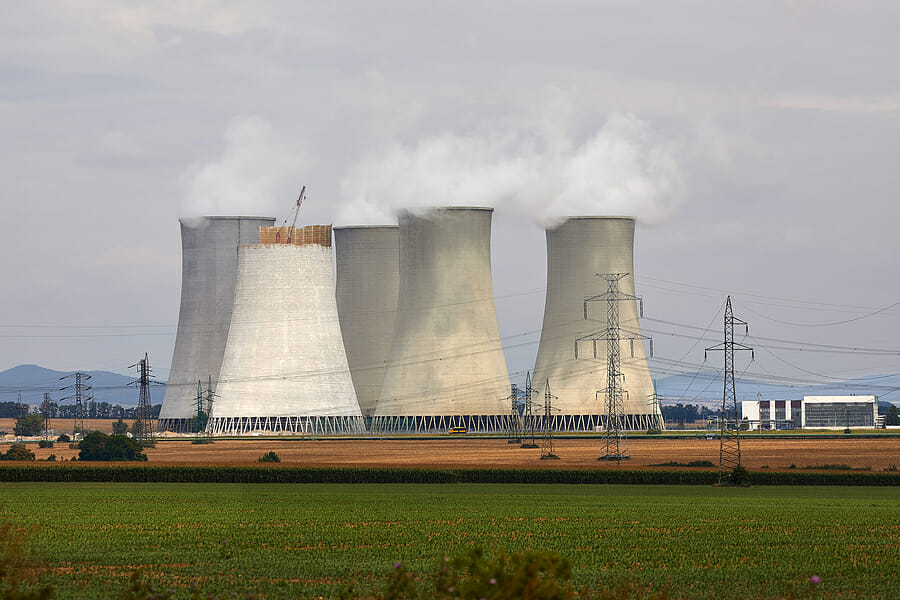 Despite the negative image still associated with it, nuclear power is not the destructive force many people still consider it to be. Compared to fossil fuel, nuclear power has less impact on the environment and is more efficient and cleaner. However, recent nuclear accidents have raised grave concerns over the safety of nuclear reactors and cast the future of nuclear power generation as a whole into doubt.

Energy trading specialist, Turab Musayev, graduated from the American University in Baku and went on to get an MBA from INSEAD Business School in 2006. He has started his career in BP and later on worked for Merrill Lynch and Macquire Bank. “It’s easy to see why,” he says, “people are wary of nuclear power. The nuclear disasters in Chernobyl and Fukushima Daiichi reactors are still very much alive in our memories (recent award-winning “Chernobyl” TV Series making it even more real!) But that shouldn’t make us write off the future of nuclear power generation altogether.”

The Pros and Cons of Nuclear Power

The far-from-pristine past of nuclear plants and melting reactor cores doesn’t paint the whole picture of the role it plays in modern life. For one thing, nuclear reactors generate about 10% of electricity and 29% of all low-carbon power that is produced worldwide.

However, among other sources of clean energy such as wind and solar energy, nuclear power lags behind. In recent years, and as a result of the nuclear crisis in Japan following the 2011 earthquake, the growth of nuclear power has slowed down considerably. It’s not just because of public opposition, but also since nuclear reactors are costly and take longer to build compared to solar panels or wind farms. Decommissioning cost is another factor that makes that capital investment cost of nuclear generation prohibitive for most of the private players (without direct or indirect state aid).

According to Turab Musayev, another problem with nuclear power is the technology itself. Many nuclear reactors are still using technology that dates back to the middle of the 20th century. In most cases, it’s not easy to upgrade that technology safely without putting the cores of the reactor at risk.

Safety should also be front and center when designing fission reactors. Some nuclear plants, especially those running on outdated technologies, produce less energy and more nuclear waste in comparison to more advanced reactors. Nuclear waste disposal is one of the most challenging, not to mention controversial, problems of nuclear energy generation.

Why Nuclear Power is still Relevant

Since nuclear energy is produced by splitting uranium atoms, a process called fission, it is considered a clean energy source as it results in zero emissions. The heat that is released with the atom-splitting is converted into steam which runs a turbine to generate electricity.

At a time when climate change is a pressing issue that’s on everyone’s mind, nuclear power offers a viable energy source that has a low environmental footprint, says Turab Musayev. It is estimated that the use of nuclear energy in the US helped cut down millions of metric tons of carbon dioxide emissions off the air in 2019 alone.

It also uses fewer resources and needs smaller facilities than its solar and wind counterparts. A nuclear reactor that produces 1,000 megawatts can be built on less than one square mile of land. But to get the same amount of energy from the wind, an area of at least 360 square miles is required to build 430 wind turbines in the wind farm. As with a solar power plant with the same production capacity, it needs about 75 square miles to accommodate its three million solar panels.

Turab Musayev on the Future of Nuclear Power Generation

With all these advantages, it’s no wonder that nuclear power capacity is increasing on a global scale despite the slow growth seen in the past few years. A recent report from the World Nuclear Association has estimated that about 50 new nuclear plants are currently under construction, especially in Asia. Belarus, China, and South Korea top the list of countries increasing their reliance on nuclear plants to generate electricity.

Turab Musayev also sees growth in nuclear energy due to more upgrades of current nuclear reactors. Since advances in technology have made modern nuclear plants much safer and more efficient than older ones, it stands to reason that upgrading the old silos would lead to increased production and less risk of nuclear accidents. Switzerland is one of those countries that has upgraded all its nuclear facilities, resulting in a 13% increase in its nuclear energy capacity.

While upgrading the plant increases its efficiency and safety, many nuclear reactors could benefit from lifetime extension programs. On average, nuclear plants have an operation lifetime between 25 and 40 years. However, many well-designed plants can keep operating for more years if they meet the requirements and pass rigorous testing. Out of the 440 nuclear plants currently in operation worldwide, 85 were granted license renewals extending their life by up to 20 more years.