How Fast does a Sniper Bullet Travel? Fastest Bullet Speed in Mph 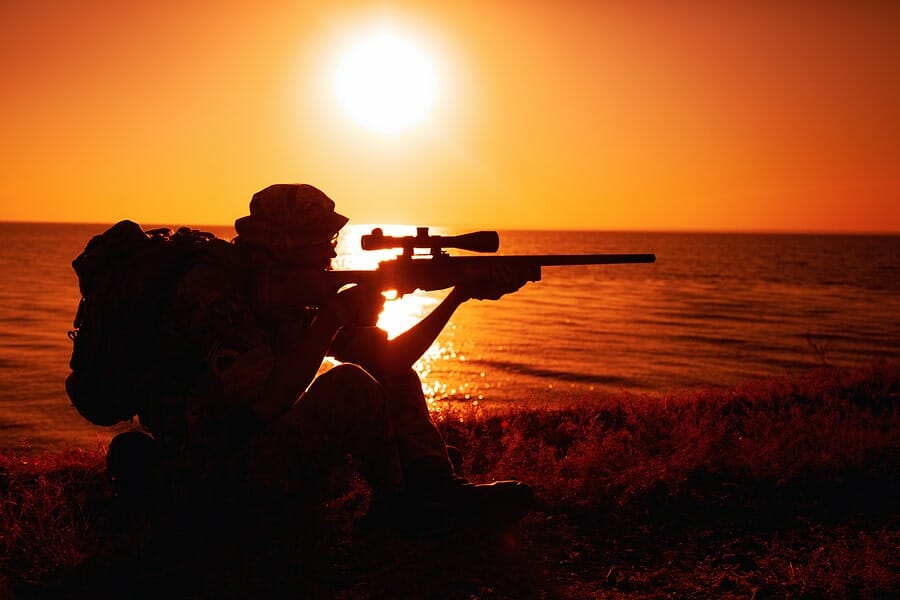 We all have heard of bullets being the fastest objects to travel, but how fast does a bullet travel? That we are going to discuss in this article. Before going into the details of the speed of a bullet, we would like you to know a little bit more about the bullet itself.

Earlier the bullets used to be round in shape made from different components as compared to modern-day bullets. With the passage of time, not only the shape of bullets evolved but the methods of producing these bullets also changed.

The development of modern-day bullets began from the 19th century onwards, at first they were used in small arms. Later on, as new machinery was built, these bullets were started being used in riffles, snippers, machine guns, etc.

The cylindrical shape of bullets, their pointed tips proved to be an important factor that contributed to the evolution of bullets’ speed. A bullet consists of a cartridge, percussion cap or primer, and propellant powder. When the bullet is fired gases in a gun push the bullet forward at a very high velocity down the bore, and the cartridge case is ejected.

The faster something moves the greater the impact it has when it hits a surface. Similarly, the damage that a bullet does is because of its momentum. The damage is done as a result of the force between the moving bullet and the static surface that it hits.

Speed of A Bullet

The speed of a bullet depends on its type, its component, and the gun that it is being fired from. Different guns and bullets have different speeds; according to Firearms Daddy the average speed can range from 2500 feet per second to 3500 feet per second.

Apart from the components of a bullet, its size also plays a significant role in determining how fast does a bullet travel.

There are continuously new and more advanced forms of bullets being introduced in the market around the globe. Hence there are different statistics regarding the fastest speed of a bullet in miles per hour.

Here are some of the fastest bullets and their speed in miles per hour (mph).

It is one of the fastest bullets currently with a speed of around 3029 feet per second. If we convert that in miles, then it will be around 2065 miles per hour which is a tremendous speed.

These speeds of bullets can vary depending on the factors that we have mentioned above.

Apart from how fast does a bullet travel, you might also wonder how far can a bullet go? There is no accurate answer for that either, similar to speed the distance at which a bullet can cover is also dependent on numerous factors.

Starting from the type of the bullet, its components, projectile weight, cartridge case volume, and barrel length, all these variables determine the speed and how far will the bullet travel.

In conclusion, first of all, let’s clarify one thing that there is no such thing as snipper bullets. The reason behind is different bullets are being used in snipers which were originally designed for other weapons.

However, they have also proved to work impressively well in sniper; hence people started to call them sniper bullets (and you can find accessories like a AR15 carry case here).

Secondly, we have reached the conclusion that it is nearly impossible to specify an exact and accurate speed of the fastest or perhaps any bullet. As there are numerous factors that contribute to and affect the speed of a bullet.

Do not forget to try this amazing “fox mask” of Japan.