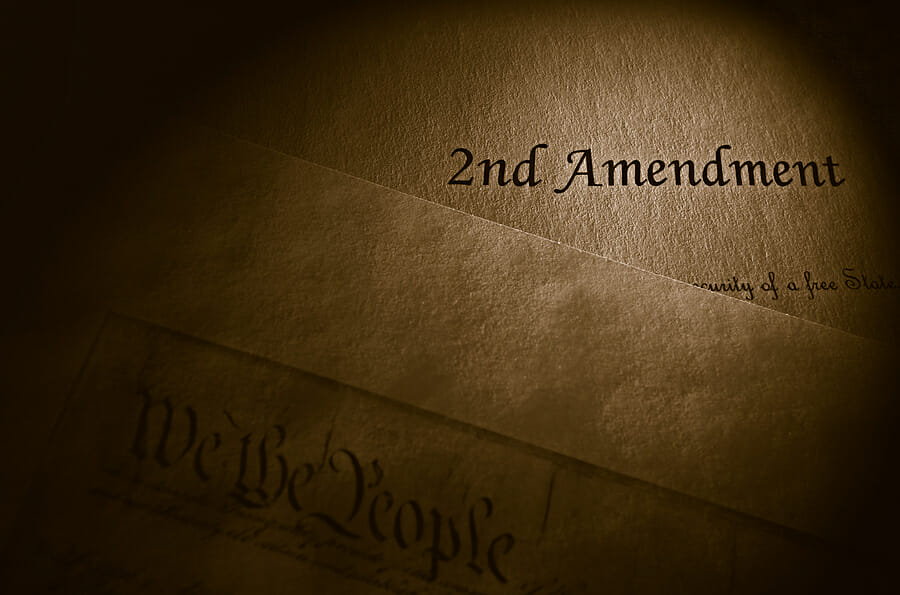 “A well regulated Militia, being necessary to the security of a free State, the right of the people to keep and bear Arms, shall not be infringed.”

—The Second Amendment to the Constitution comprising the Bill of Rights.

Eager to show your support? Check out these 2A Flags for Sale!

In modern times, it is referred to as the general right to carry and use firearms for self-defense. In actuality, it had actually come about as a way to keep the government’s federal power in check.

—In addition to checking federal power, the Second Amendment also provided state governments with what Luther Martin (1744/48–1826) described as the “last coup de grace” that would enable the states “to thwart and oppose the general government.” Last, it enshrined the ancient Florentine and Roman constitutional principle of civil and military virtue by making every citizen a soldier and every soldier a citizen.

Nowadays— keeping the government’s power in check— there are newly written laws and regulations to do the job for us. So, why the need to hold onto the right for a firearm?

Let us ask the question once more, using different terms—

Why the need to hold onto the right for self-protection?

The time to wave arms as a means to keep the government in check is of a bygone era. It doesn’t really matter as long as we do our jobs as citizens properly and lawfully. However, society still contains those who willfully act against the law: Criminals, dissidents, extremists, terrorists, you name them.

By no means is it a job for normal citizens to take the law into their own hands when it comes to these crimes; leave that to the police or other related offices. Unfortunately, when becoming victims of such, sometimes you aren’t given the choice to elude involvement.

One might ask, “Why not just practice self-defense techniques?” True, having the knowledge and practice of self-defense would allow you a certain degree of protection, but only up to a certain degree. The same could be said for owning a firearm, the status you have when in possession of one already provides enough intimidation. But both, depending on the circumstances, can be quite lacking.

Self-defense techniques— they can’t really serve as a deterrent to an assailant, not until the actual crime occurs and you’re forced to use them. Firearms— when taken away, you lose your only form of defense.

In this regard, it is best to be in possession of both firearms and self-defense techniques.

Whether over the Media or in the Court of Laws, privately or publicly, there have been talks of wanting to repeal the 2nd Amendment. Why? Mostly because of the gun violence that people are attributing to the right of an individual to possess firearms. Is that really the case?

Guns are rarely used even in self-defense, and act more of a way to intimidate aggressors. The ones who use guns for violence and heinous acts, purposely use them as such. It isn’t certain that authorities would always arrive in time to save the day. Against these criminals who commit misdeeds with clear intent, isn’t it up to the 2nd Amendment to give us peace of mind?