What is Model Railroading? 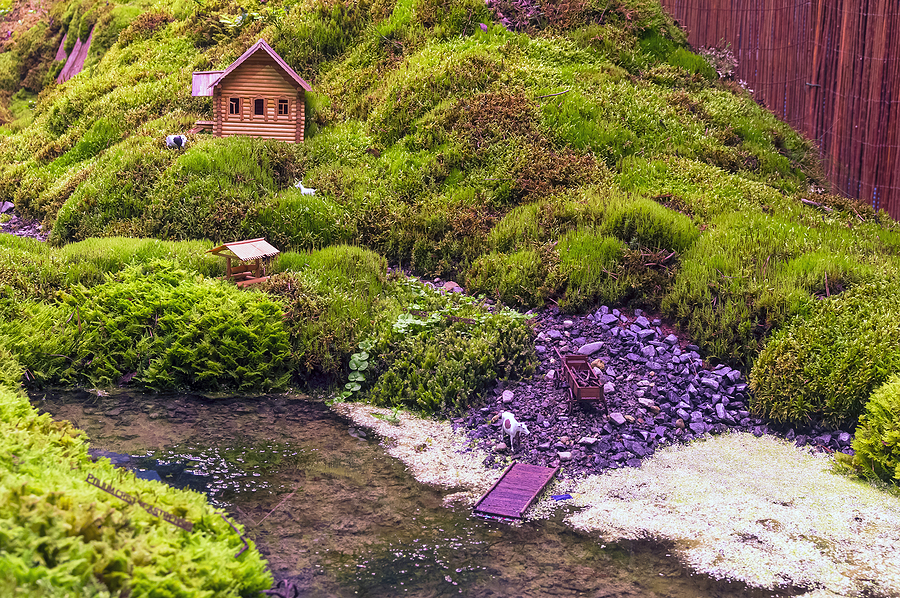 The earliest known model railways were the “carpet railways” of the 1840s. The first documented railway was made by none other than emperor Napoleon III, who created the “Chemin de fer du Prince Impérial” (The Railway of the Prince Imperial) for his three-year-old son. Napoleon built the railway on the grounds of the Cháteau de Saint-Cloud. It was powered by clockwork. Early electronic trains first appeared around the turn of the 20th century, but these look nothing like the models we see today. The early models were crude, less realistic, and less technologically advanced.

Modern model railroading enthusiasts take time to create an entire railway layout. Some choose to make replicas of famous railway systems from across history, using the hobby as a way to learn more about the history of railroads and express that knowledge. The oldest working model railway is found at the National Railway Museum in England and was used to teach signalmen how to do their job effectively. It was built in 1912 and was used until 1995.

How do Enthusiasts Participate?

There are a few different ways to participate in the hobby. Some people have simple train sets, while others spend plenty of time and money creating an exact railroad, including scenery, known as a “layout.” Hobbyists call themselves model railroaders or railway modelers, and they sometimes create and maintain models that are big enough to ride on.

Some modelers collect trains and build landscapes for those trains to pass through. Some go so far as to create a real working railroad and running it. What modelers hope to achieve with their railways can vary too. Some of them work to run their railroad properly, as if it was the real thing but on a smaller scale. Some recreate prototype trains and railways that were never fully built. They use maps and prototype designs to recreate what these railways would have looked like.

The layouts for model trains are as varied as the layouts for real ones. Some layouts are simple ovals and circles, while others are realistic miniature reproductions of real lines. One of the largest model landscapes in the UK is a replica of the Vale of White Horse in the Pendon Museum. The museum is also where you’ll find other early scenic models, such as the Madder Valley. The Madder Valley was built by John Ahern between the 1930s and 1950s and brought was a real “coming out” moment for the hobby. The model railway was featured in magazines and publications across the US and UK.

Operations are an integral part of creating a model railway. Most hobbyists work hard to create layouts that accurately emulate the operational aspects of a genuine real-life railway. The layouts often become incredibly complex machines, with a range of movement patterns and multiple routes, not to mention timetabled operation. One of the most complex model railways in the world is the replica of Banbury Connections.

The social element of model railroads can’t be overlooked. There are many clubs dedicated to model railroading. These clubs feature layouts and models for people to see. Some specialist branches of clubs focus on creating larger-scale models, featuring models with track gauges of up to 7.5 inches. These models are often hand-built and steam-powered. These are the engines that have enough power to haul human passengers.

These clubs are also often the home of innovation in the hobby scene. The Tech Model Railroad Club of MIT pioneered switching tracks on model railroads automatically. They used telephone relays to achieve this feat. Clubs are also an excellent place to learn more about the hobby, with some clubs keeping archives that they offer to members and non-members alike.

Some modelers pay special attention to the landscaping of their projects. They create realistic reproductions of actual areas or create a fantasy railway of their own. Some refer to landscaping a model railway as “scenicking” or “scenery building.”

Build scenery for a model railway involves a range of building materials, such as wire, cardboard strips, and polystyrene. These materials are used to make the foundation, which is then expanded upon with papier-máché, plaster, or fiberglass. This base is covered with static grass or scatter, the substance used to simulate grass, fireweed, and other ground covers in dioramas and models. It comes in different varieties, such as natural lichen to simulate shrubbery and tinted sawdust to simulate regular colored grass.

Model buildings add the finishing touch to any landscape. Enthusiasts can purchase model buildings from suppliers or make their own using softwood, paper, plastic, and polystyrene. Trees are made from a variety of materials, including sagebrush and caspia. Once again, these trees can also be bought from a manufacturer. Rippled glass and polyethylene are great for replicating water in a landscape. How detailed you want to be with the landscaping depends on how you feel. Some go all the way and have everything from rocks to buildings, while others keep things simple.

Model railroading is an interesting hobby. It takes a special touch to be this patient, but the results are always fantastic. You’d be impressed at what you could do with some model scenery, buildings, and trains. The hobby is also a great way to learn new skills and meet new people. Don’t hesitate to pick up some model trains and put together a basic model for yourself to see what all the fuss is about.