Jeopardy contestant Ari didn’t know the answer to Final Jeopardy. So what did he do? Cry like a little baby? No. Say “F this game!” and storm off set like a sore loser? I wish! That would’ve been hilarious. Instead he gives himself a big ol’ compliment which begs the question: who IS that handsome gentlemen? The world wants to know! Move over The Most Interesting Man In The World, we’ve got a new infatuation and he’s wearing a blue sweater over a tie and dress shirt! He doesn’t always lose at Jeopardy, but when he does, he knows he’s good looking. 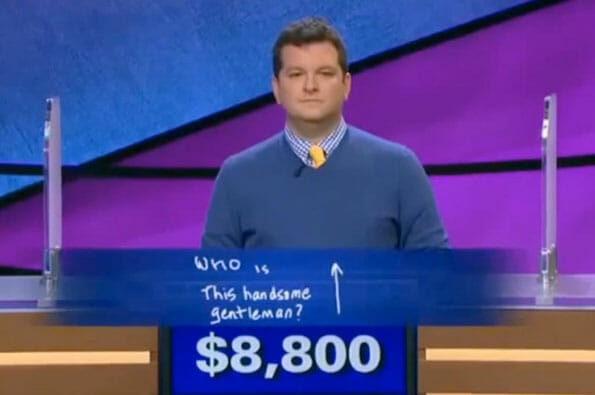