The Top Beaches in the Carolinas 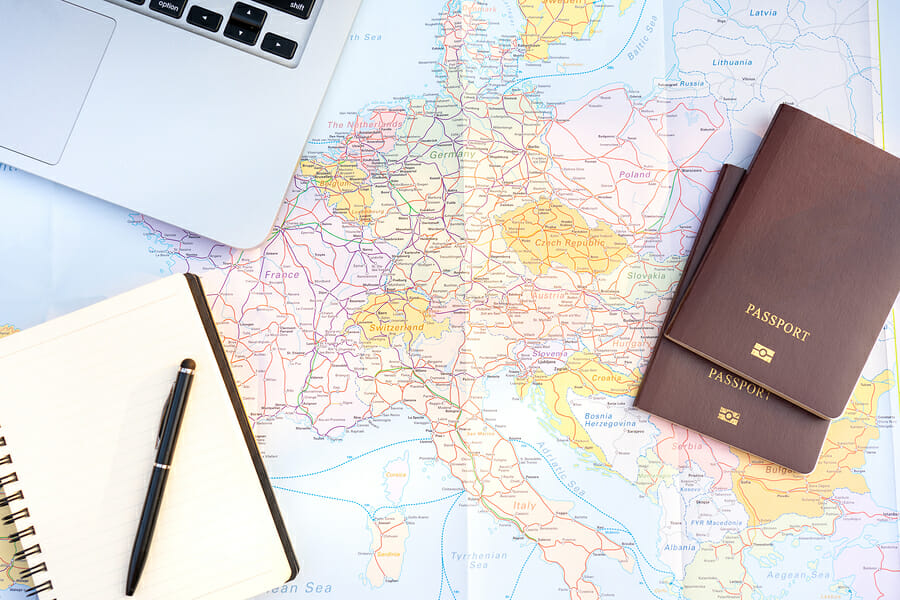 The North and South Carolina coasts are among the most sought after travel areas in the country. The southern beaches that dot the coastline of the Carolinas are beautiful with warm summers, relatively gentle waves, and wide sandy stretches. The Carolinas are also known for their sense of southern hospitality, fresh seafood, and a casual, laid back lifestyle.

Of the beaches of the Carolina coast, the following are some of the top travel destinations.

Myrtle Beach has long been one of the favorite beaches in South Carolina. There are parts of Myrtle Beach that have a retro feel, but there are also a lot of family-friendly attractions that will keep everyone entertained.

For example, you can see the Legends in Concert show, One the Show at the Alabama Theater, and there’s Ripley’s Aquarium. This doesn’t even begin to scratch the surface of all the other great things to do and entertainment at Myrtle Beach.

Myrtle Beach is part of a 60-mile stretch known as the Grand Strand, and other nearby beaches include North Myrtle Beach and Cherry Grove.

Wrightsville Beach is a small community adjacent to the port town of Wilmington. You’ll find families go back to Wrightsville summer after summer. People who love watersports like surfing and paddle boarding tend to favor Wrightsville, and there’s fishing at Johnie Mercer’s Pier as well as plenty of restaurants and shopping.

If you venture over the bridge to Wilmington, you can also go to the historic downtown area on the Cape Fear River.

Folly Beach has somewhat of a laid back, bohemian style and feel as compared to the traditions and history of nearby Charleston. Located around 15 minutes from downtown Charleston, when you visit Folly, you’ll find surfers, the Folly Beach Crab Shack, and a fishing pier spanning more than 1,000 feet over the ocean.

A lot of people rent bikes when they’re at Folly Beach, or they’ll visit what’s left of the Morris Island Lighthouse.

Hilton Head Island is between Charleston and Savannah, and it’s a 12-mile barrier island. Hilton Head is often voted as one of the best islands in the country as well as one of the top golf destinations. There are more than 24 golf courses and 400 holes on the island.

Hilton Head is home of the annual Wine & Food Festival in March, and there are Lowcountry natural areas that are so unique in this part of South Carolina. For example, there’s the Sea Pines Forest Preserve with boardwalks over the wetlands and the Pinckney Island National Wildlife Refuge.

Nag’s Head is part of the Outer Banks of North Carolina. Of the three barrier islands that make up the Outer Banks, Nag’s Head is on the northernmost. It’s between Kitty Hawk and Kill Devil Hills. To the south is the Cape Hatteras National Seashore, which is 70 miles of protected shore.

There are fewer than 3,000 people who call Nag’s Head home year-round, and it’s only 10 minutes from Roanoke Island, which is the site of the Lost Colony.

Corolla is the perfect North Carolina beach to visit if you want something very quiet, and very slow-paced with large stretches of isolated shoreline. You can climb the Currituck Beach Lighthouse, which was built in 1875. There’s also the Whalehead Club, which is a 21,000-square foot house on the National Register of Historic Places.

Finally, among the best beaches in the Carolinas is family-friendly Pawley’s Island, which is around four miles long. Its history as a resort pre-dates the Civil War. You’ll find old oak trees and beautiful, old cottages. Along with being one of the Southeast’s oldest vacation destinations, Pawley’s Island retains its charm. The food you’ll find in the area is inspired by Gullah culture in many ways, and there’s no shortage of fresh shrimp to be had.

The thing Pawley’s Island might be best known for? Their handmade hammocks which are available at places like the Original Hammock Shop.

Make sure you also pay a visit to All Saints Cemetery Church, which is where the poet James Dickey is buried.

Directly on the island, there are no businesses, so you will need a car to get around.