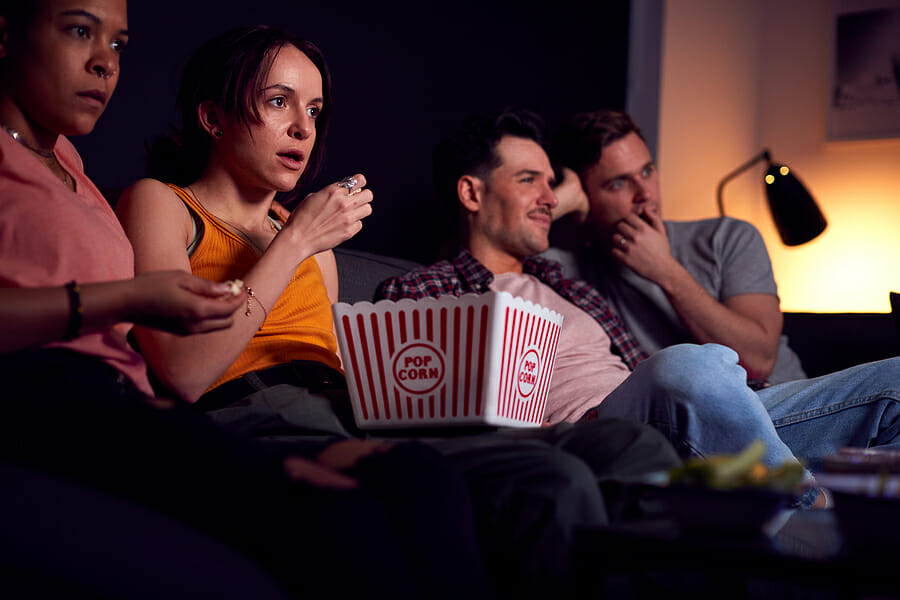 Netflix is the hub of online content streaming. When I call it a hub, I literally meant the biggest and the grandest platform to stream content. With 7000+ shows and movies, it has got a library that has amazing content for all the genres that you love. While reading an article at Streaming Rant, I realized that Netflix has got some amazing shows in the horror genre, and these shows are just literally amazing if you are a horror genre fan. Here we have listed the 5 best horror shows that you can find on Netflix. Each of these shows is amazing and just perfect to make your binge-watching night worth it.

The title itself states that this movie belongs to the horror genre. This is one of the best horror shows Netflix has produced. It has the perfect blend of ghosts, serial killers, witches, and freak show performers to make this show worthy. Twisty, the terrifying clown, makes it more interesting for you. Add this to your watch list, and I am sure that you will enjoy it if you are a horror genre fan.

The combination of supernatural activity alongside crime makes this show the second best on our list. David Lynch’s Twin Peak is a murder mystery that will have you on the edge of seats throughout the show. The story starts with the death of Laura Palmer and FBI Agent Dale Cooper being assigned to lead the investigation. The investigation leads to some discoveries that are unsettling, and this way, the show becomes horrifying at points. Without Twin Peaks’ original run from 1990-1991, shows like The X-Files likely never would have existed.

One of the best highly rated shows, “Stranger Things” has fallen into our list for its sci-fi combination with horror. This show is a great watch altogether for its storyline, its screenplay, and some brilliant scenes. The story takes the viewers to the 1980s where a boy goes missing. There are shady government agents, monsters, and telekinesis to blend things. The tone of the coming episodes is set in the very first scene that delivers a scare. But don’t think the show is just scary; it is fun and even has enough nostalgia to make you watch it all over again.

“The haunting of hill house,” itself tells the genre it belongs to. Shirley Jackson’s seminal novel is brilliantly deconstructed in this show with some greatly constructed locations. This shows is a pick because whatever it offers, it is crafted with a sense of horror and terrifying destruction in it. So, what do you think is keeping you behind from watching this top-notch with the all-star cast? Maybe the scare that it creates will last for longer than you think, but being a horror genre fan, not giving it a watch might be the worst thing you can do.

Black mirror is nothing like the shows I have mentioned above. It is not full of axe murderers or demonic monsters, but it might send the shivers down your spine with facts and scenes that it brings on your screen. It is an anthology series that technically shows the near future sci-fi scenes that are horrifying and disturbing. This show is dark and might bring a fear in you that will last longer than you think. The show depicts the brutal reality of what-ifs and what might come next. Even if you are a sci-fi lover, this show might be a great pick to watch.