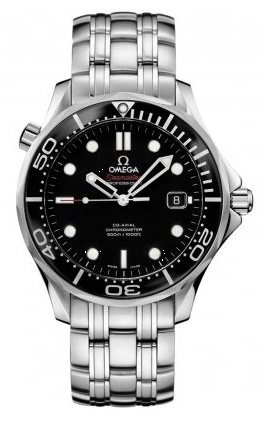 One of the two top watch brands in the world, Omega’s watches have been to some of the most extreme places on and off Planet Earth. Let’s have a look at the Seamaster and Speedmaster, proven to be two of the best watches on (and off) the planet!

The unknown depths of the sea

More people have been to the Moon than to the deepest trenches in the ocean. This is somewhat ironic since we have had the technology to explore our own planet yet seem to forsake the knowledge of bizarre lifeforms on our own blue planet in favour of looking for life far away.

The Omega Seamaster was launched in 1948, and was modelled on the watches used by UK military in World War 2. The watch is designed to take high and low temperatures and some pretty extreme pressures as the diver plunges down to the depths.

According to Timepiece Chronicle, “it was one of the first watches that Omega used a rubber O-ring gaskets on. Most watches used solid lead or shellac (a type of resin) for sealing off case backs and crowns but these degrade over time. Rubber doesn’t change size under temperature and was far more resilient to pressure testing than previously used materials.” The O ring was tested down to 60 metres of sea pressure – a huge achievement for those days as it was below what people could safely dive at the time.

The Timepiece Chronicle also reports that as diving technology improved so the Seamaster 300 was developed. With a 200 metre water resistance this would eventually have a helium valve to stop the watch exploding when the saturation dive came to normal atmospheric pressure. The magazine explained, “In the late 1960s, professional diving organisation like COMEX pioneered the new technique of saturation diving. During these saturation dives, divers could live in an underwater, pressurized environment for days or weeks at a time and, inside these underwater containers, the divers breathed the same mixture of hydrogen, helium and hydrogen as was in their diving tanks. Helium molecules are very small and were able to squeeze through traditional watch seals, only to expand and damage the watch upon resurfacing.”

Omega came into space exploration largely because the astronauts of the 50s and 60s chose to use their watches. The first space flights around the world was done with the astronaut Walter Schirra on the Mercury missions wearing his own watch. Buzz Aldrin led the watch to be named the Moon Watch when the Apollo 11 landed on the Moon on 16 July 1969.

The author of the James Bond book and movie series Ian Flemming flew in the face of Royal Navy fashion and wore a Rolex. So did Commander Bond in the early years but, according to Timepiece Chronicle, Goldeneye production designer Lindy Hemming said, ““I was convinced that Commander Bond — a naval man and a discreet gentleman of the world — would wear a watch to match. My father was an RAF man and I remember his naval colleagues visiting us when I was a child. I vividly recall the Omega he wore. On this basis, I fought for the Seamaster to be the timepiece for Pierce Brosnan””. So thus Omega wrest the famous spy’s wrist from Rolex!

While some brands speak of form, others have real form to their function. Most of us will never walk on the Moon or the deepest depths of our own planet’s oceans. Those wearing Omega Seamasters and Speedmasters have at least one piece of kit that can!