How to Know You’re Ready for a Larger Vape Mod 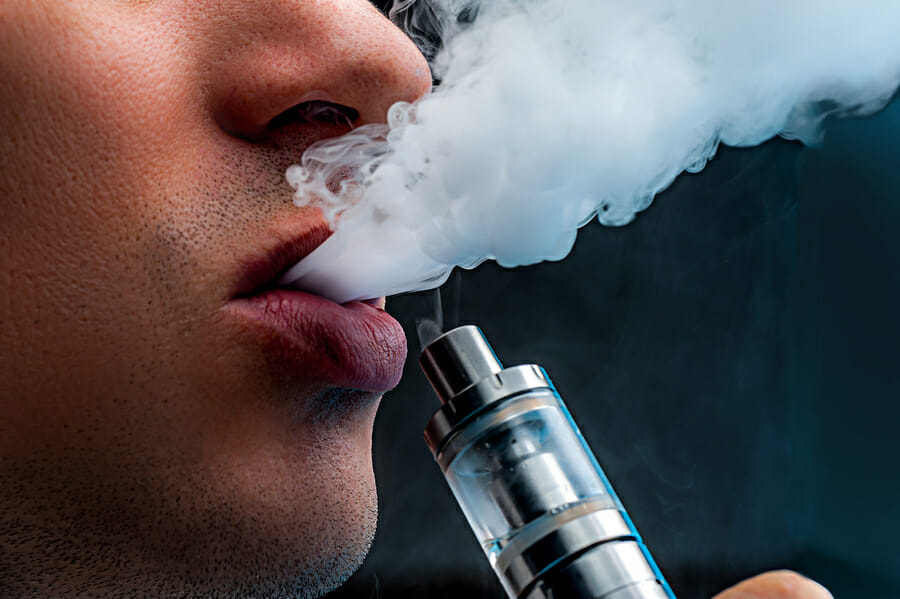 If you’re like most of the people who started vaping over the past few years, it’s likely that your vaping experience is something like this: You have a small vaping device that looks a bit like a USB thumb drive. You push a pod into the top of the device to vape, and when you inhale, you get a potent dose of nicotine. It’s good enough to keep you away from cigarettes, but you can’t help but wonder if there’s something more out there. You’ve seen the big, fancy devices at vape shops like E-Cigarette Empire. You’re wondering if a device like those might be more to your liking. Well, this article is here to help. Is it time to ditch your first e-cigarette starter kit and upgrade to something with better capabilities? This article will help you make the right decision.

You Want Bigger and Better Flavors

For many different reasons, a pod system simply isn’t where it’s at if you care about flavor. For starters, there’s the fact that the U.S. government banned all pre-filled pod flavors except tobacco and menthol at the beginning of 2020 while leaving all bottled e-liquid flavors untouched. The strong nicotine buzz that you get from a pod system might be nice, but having no flavors available except tobacco and menthol really starts to get old after a while. If you have a refillable vape mod, you can use any vape juice flavor you like.

The flavors that you can experience with a vape mod aren’t just better – they’re also bigger. With a pod system, you don’t get large vapor clouds, so you need to use a high-nicotine e-liquid. With a vape mod, on the other hand, you’ll definitely get large clouds, so you’ll need to reduce the nicotine strength of your e-liquid to compensate. Because of the increased vapor production, you’ll still get around the same amount of nicotine that you do now – but you won’t get it all at once, so you won’t feel the extreme rush. Using a vape mod isn’t about getting a nicotine rush, and it isn’t about throat hit. More than anything else, using a mod is about enjoying the flavor.

It gets worse when you consider the fact that a lithium-ion battery is only good for a few hundred charge cycles. After just a few months, your pod system will barely hold a charge at all, and then you’ll need to buy another one.

When you use a larger vape mod, the experience is completely different because a mod with sufficient battery capacity will only need a recharge about once per day. That’s a good thing for you if you hate recharging your device constantly, and it’s also good for the life of your device. Fewer recharges per day means you’ll enjoy many more days of vaping before you’ll need to think about buying a new mod.

Without a doubt, the feature that draws people to mods more than anything else is probably the vapor production. There’s something undeniably fun about exhaling a cloud big enough to fill a room, and you can’t have that experience with a small pod system. Using a larger mod isn’t just about blowing huge clouds for the clouds’ sake. When you use a vaping device that produces bigger clouds, it means that you’re using more e-liquid. If you use more e-liquid, you taste bolder flavors. Using a device that produces big clouds also means that you feel no throat hit but still get enough nicotine to feel completely satisfied.

The clouds themselves, though, are definitely a lot of fun.

You Want a Device That Works With Anything

One of the things about smaller vaping devices that can get annoying is the fact that they’re almost always proprietary. You can’t use a pod system, for example, with another company’s pods. If some other manufacturer of vaping products develops a revolutionary new feature, you can either hope the manufacturer of your vaping device clones that feature, or you can buy a new vaping device. Since smaller vaping devices tend to be proprietary, they often become obsolete fairly quickly. The manufacturers of USA-branded devices like JUUL can’t release new features without FDA approval. The manufacturers of Chinese-branded devices, meanwhile, have little incentive to add features to their existing products when they could just release new products instead.

A vape mod, on the other hand, tends to take much longer to become obsolete because it works with anything. In the past couple of years, for example, vape tanks with mesh coils have become all the rage. People who owned high-end vape mods didn’t have to rush out and buy new devices to take advantage of the technology; they just upgraded their tanks. There’s no reason why you can’t use a good mod for years.

You Want to Stop Paying Too Much to Vape

The most popular vaping device in the United States uses pre-filled e-liquid pods that cost about $4.00 each. In some areas of the country, that’s almost as much as a pack of cigarettes would cost. For some people, a single pod doesn’t even provide enough vape juice for a full day. Vaping doesn’t have to cost so much; indeed, one of the biggest draws of vaping is that it’s supposed to be a much cheaper way of getting your nicotine. Buying bottled e-liquid is significantly less expensive than buying pre-filled pods; you can buy an enormous bottle of vape juice for the same price that you would pay for a pack of just four pods. In that sense, a vape mod is one of the best investments you can make.