Emadeddin Muntasser Discusses Holding an Election in a Conflict Zone 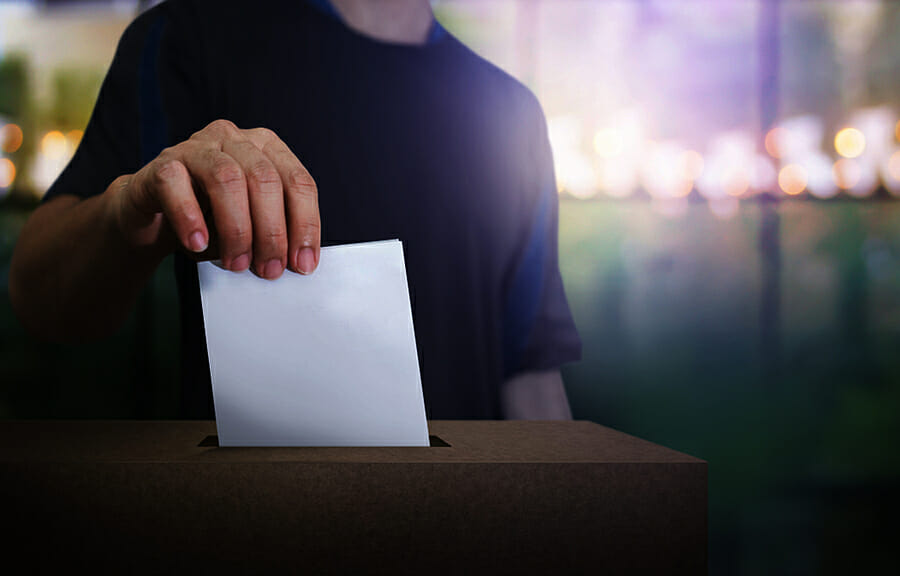 Historically, democratic elections in North America have been seen as a model for the world and are for the most part done peacefully. But even in a nation that is hungry for democracy, it can still be a huge challenge to undertake an election of a government when there’s ongoing conflict, says Emadeddin Muntasser of Washington, DC, a human rights activist and analyst of Middle East Policy.

Which raises the question: how do you ensure a fair election in a country that is war-torn and still under a threat of violence? There are many elements to consider, says Emad Muntasser, which is why he has coined the term “Incremental Elections” to describe a process that he insists with aid in election efforts.

For example, elections in Libya are slated for December 2021. Libya has mostly been in unrest for the last decade. Part of the threat to a fair election comes from Libyan warlords, who threaten violence to those who are in favor of a democratic election. Another threat to elections is also foreign troops who have gained total control of parts of the country.  Holding nation-wide elections in Libya in December 2021 will not work. The process must take place incrementally.

The question then remains- how does one hold a fair and valid election in an area where there is an ongoing conflict between parties, and there is an imminent threat to the country’s economic wellbeing?

Emadeddin Muntasser coined the term “Incremental Elections” to describe his theory on how to hold an election in a conflict zone.

The main premise of Incremental Elections is that the country should hold an election in areas that are under civilian control, which ensures that the population of voters is secure and free enough to hold a valid election. This process essentially has a snowball effect as new members join parliament from these secure locations as the reach of the new government takes hold. This is an alternative to the United Nations’ concept of hosting a nation-wide election. A nation-wide election allows for areas under militia control to dictate who their citizens can vote for, which ultimately leads to an unfair and skewed election with anti-democratic elements becoming part of the national government.

Emadeddin Muntasser likens his idea to the ones already implemented in India and the United States of America. India holds elections in a staggered manner to ensure the safety of their voters, where as the USA holds its presidential primaries on a rolling basis across the country.  The crucial and ingenious difference between Incremental Elections and other types of elections is that the new parliament and new government are formed as soon as the first batch of electoral districts complete their elections.  These representatives, even if few, convene to make legislation and form a government.

There is also an incentive for cities and towns to follow this pattern of elections. As cities and towns commit to fair and free elections, they will be rewarded with a budget to put towards the betterment of their communities.   Districts that have not met the criteria for voting will be given incentives and assistance so that violent elements are driven out, peace is restored, and elections are held.  Once new representatives are elected, they will join the existing and functioning parliament and their districts would be eligible for a full budget.

The United Nations has historically been an important factor in helping elections go relatively smoothly in newly independent countries.  However, its performance in post conflict or post revolution nations has not been very successful.   Instead of looking to tackle the problem as one large challenge to be met, the United Nations should break up the problem and tackle each region one at a time.  The processes described to hold elections in conflict zones and the upcoming Libyan election go hand in hand.  The UN has stated its support, noting it will work with the country to ensure as many voters as possible can make it to the polls. By choosing to hold Incremental Elections, the UN would have a much higher chance of success, says Emadeddin Muntasser.

As well as supporting voting, the UN has also urged candidates to be transparent about their assets and indicate they are committed to a “democratic process.” But while the Libyan people have said they want a unified country, there are still others that want to undermine the process.

As Emadeddin Muntasser pointed out in an earlier article that he authored, conflict and war are profitable businesses.  As an example, Mr. Muntasser points to Libya where “Politicians, militias, and a new oligarchy all benefiting immensely from billions of dollars in ill-gotten proceeds, war and instability have become business models,” notes the article.

Looking at Approaches in Other Conflict Zones

Another country with a history of conflict that the world can look at that has undertaken successful democratic elections during conflict is Afghanistan, which held a vote in 2004. Officials rolled out heavy security to help protect voters from any attacks, reminds Emad Muntasser.

But that was only part of the puzzle. There was another challenge: Many parts of Afghanistan were under the control of armed groups.  Had Afghanistan implemented Incremental Elections, the country would have transitioned to democracy faster and people would have been given the incentive to stand up to these armed groups and insist on participating in the democratic process.

Even with the right processes in place, elections in conflict zones can still be risky, states Emadeddin Muntasser. The losing parties may not be as bound by rule of law as they are in western democracies and the timing has to be right when it comes to holding the elections, as it can set off a return to violence. Budgetary and other incentives must play a major role so that the transformation to democracy becomes a bottom-up, grass roots process, not something that is imposed by a central authority or the United Nations.

Each conflict zone is different, from threats of violence to laws that change the power of government, and all of the variables (right down to electoral systems) need to be considered by national and international players to ensure the best chance at a peaceful election and continued peace.  Incremental Elections allow nations that suffer from wars and conflict to begin the process of transformation in a phased and controlled manner.