Unique Gifts for the Geeks in Your Life 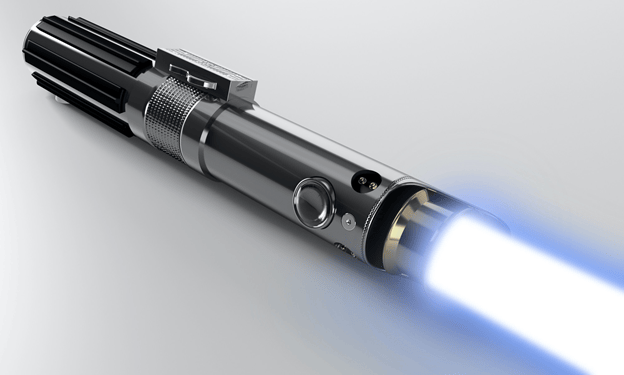 Are you looking for a few unique gifts that you can purchase for the geek in your life? Perhaps you’re wanting to get a few gifts for yourself as a treat. If you’re a self-proclaimed nerd, it could be beneficial.

These can make exceptional Christmas gifts, birthday gifts, or just the occasional you-do-you gift that every geek enjoys. Whether it’s a tech gadget, piece of apparel, or the subject of an inside joke, they’ll be greatly appreciative of whatever you buy them.

See below for a list of awesome gifts for geeks that you should consider the next time you’re getting a gift for yourself or your loved one.

If there’s one thing that geeks love, it’s Star Wars. Not only has this become a cultural phenomenon that’s carried across several decades and generations, but it’s also no back to full relevancy thanks to episodes 7, 8, and 9.

The latest saga revealed to us one of the most powerful and in-depth characters of the entire series, Kylo Ren. Not only is he among the strongest of Jedi to ever live, but he also has a flirtatious love for the Dark Side and a craving to turn back to the light.

However, perhaps the most iconic feature of Kylo Ren is his lightsaber, which pushes out beams of light from three different angles, one straight up and two to the side.

If you know the geek in your life to be an avid Star Wars fan and Kylo Ren supporter, then you have to get them this Kylo Ren Force FX lightsaber. You can customize it with a setup that is truly one of a kind.

Not only will they treasure this lightsaber for all time, but they’ll also have an excuse to use it at any future Halloween parties, midnight Star Wars showings, and so forth.

Sure, the PS5 has rolled out and is crushing it in sales, but the geek in your life might lean more towards the nostalgia of things. They might treasure the glory days of video games rather than equipping themselves with the latest console.

If so, then you can’t go wrong purchasing a classic Sony Playstation, which can be found on Amazon for a relatively cheap price.

Your loved one will spend countless hours going through game after game, reliving their childhood like it was only yesterday. It will be the only excuse they need to go on an endless search for classic Playstation games and play them through one by one.

Before the days of online gaming, your friends had to come over if they wanted to play games with you. Make that a thing again. Buy them a classic Playstation and get together at least once a week to reminisce and relive simpler times.

You can go through classics such as Final Fantasy, Rayman, Crash Bandicoot, Spyro, Tekken 3, Resident Evil, and so much more.

If your geek is a collector, then it’s highly likely they already have a few of these puppies on their bookshelves. However, there’s no such thing as too many!

For those of you that don’t know much about Funko Pops, there’s much more to them than meets the eye (unintentional usage of the Transformers’ motto).

First off, there are thousands of them. You can purchase Funko Pops that are Avengers, Disney characters, holiday characters, DC Comics characters, Netflix show characters, and so much more.

Whenever you shop for them, you should look into their size, collector’s number, color, finish, and so on.

Shopping for them can be relatively easy if you know what your geek is into. For example, if they’re a DC Comics fanatic, then it’s as easy as purchasing them any DC Comic character, such as the Joker, Batman, Green Lantern, Wonder Woman, and so on.

Perhaps your loved one has a special obsession with reading. It’s one of their favorite ways to pass the time. If so, then you can’t go wrong getting them a boxed set of a traditional book series.

For example, you could purchase them the entire series of Lord of the Rings, The Chronicles of Narnia, Harry Potter, Hunger Games, Divergent, and much more.

The books will appeal to them because they love to read. The boxed set will intrigue them because of the collector inside of them. They’re sure to love the gift and will use it time and time again.

Maybe you’re looking for the gift of all gifts. You want to make sure that their jaw drops to the floor as soon as they open it. You want to set the bar as high as possible for anyone else that ever buys them a gift.

If so, then consider getting them one of their favorite arcade machines. This goes over especially well with those that love the 80’s and 90’s.

You can purchase them games like Pac-Man, Donkey-Kong, Space Invaders, Galaga, Street Fighter, or a Ninja Turtles game. As long as they’re passionate about the franchise, they’ll be eternally indebted to you.

Consider All These Unique Gifts for the Geek in Your Life

Now that you have seen several amazing and unique gifts to consider for the nerds in your life, be sure to use it to your advantage.

Be sure to think through what some of their favorite franchises are. Are they into Marvel? Do they love Star Wars? Are they obsessed with Dungeons and Dragons? The answers can help you on your quest to buy them the perfect gift.

Be sure to browse through our website for more articles on awesome gift ideas, as well as many other amazing topics you’ll enjoy reading about.