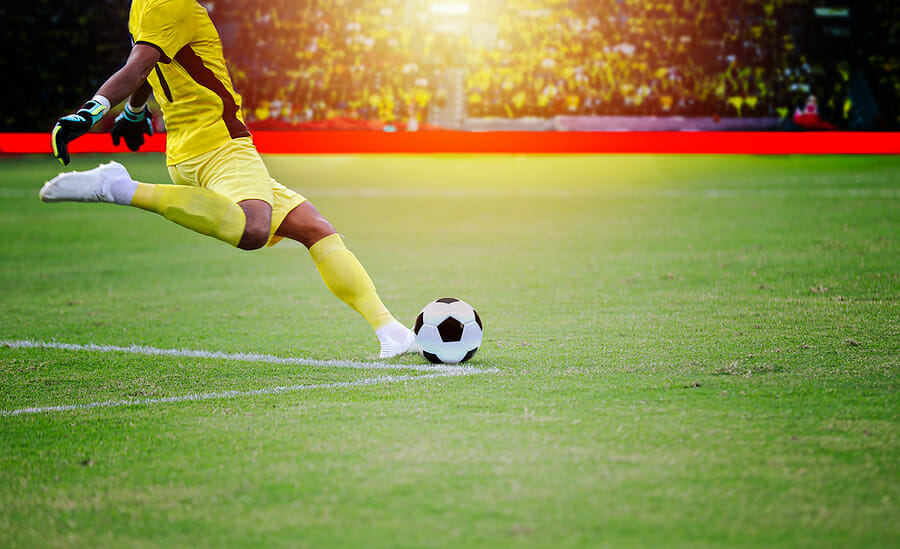 The 47th edition of Copa America has initially been scheduled for 2020- but the unfortunate breakout of COVID-19 forced to call off this tournament along with all other sports events across the world.

After a year-long wait, fans are finally delighted to have back-to-back soccer tournaments round up this year. With the ongoing La Liga and Premier League- the excitement has already built up.

South America’s soccer administrator, CONMEBOL, has rescheduled this football championship this year. For the first time since 1983, this tournament will be hosted by two different countries- which will start on 13 June 2021.

From how American soccer sets the stage for fans to predict & win through correct scores [valid where legal] to all the latest sports updates- our guest author, Kate Richardson, shares her insights into what to expect from Copa America this year.

Back in 2017, CONMEBOL proposed that Copa America is organized in 2020 as a calendar change. The tournament is usually played after every four years. The last edition of the league was held in 2019- after which it was supposed to be moved to even years, starting from 2020.

That would have aligned the tournament with the UEFA European Championship, which is also held in the even years. The plans to change the Copa America years were confirmed on 18 September 2018, and it was approved by FIFA Council on 26 October, the same year.

The 2020 Copa America was supposed to be co-hosted by Argentina and Colombia- after the United States’ bid had been rejected.

The Pandemic and Postpone

By the end of February 2020, the whole world was under the threat of coronavirus- which started impacting soccer in March. After FIFA postponed the first two World Cup qualifier rounds of the South American legs, CONMEBOl also delayed the Copa Libertadores temporarily.

Finally, the ruling body declared that the tournament would be rescheduled to be held in 2021- a necessary step towards the safety of players, media, groundsmen, and other staff.

The tournament will be co-hosted by Argentina and Colombia – as decided for 2020. The matches will be played at nine venues from five different cities.

The Copa America venues include the Mario Alberto Kempes in Córdoba and the MAlvinas Argentinas, in Mendoza. In Colombia, the venues include popular stadiums like the Olímpico Pascual Guerrero, in Cali and the Atanasio Girardot, in Medellín.

Before the draw, Estadio Unico, Santiago del Estero was also listed among the Argentina venues- which was later excluded from the list.

The North Zone group matches will be held in Colombia, whereas the South Zone matches are to be played in Argentina. Both the two hosting countries will host two quarter-finals and one semi-final each. The Final and third-position match will be played in Colombia.

The competition will include all ten CONMEBOL national teams- which will be divided into North Zone and South Zone for the group stage.

The CONMEBOL officially announced the participation of Australia and Qatar as guest teams in June 2019. It would have been a debut appearance for Australia. On the other hand, it would be Qatar’s second appearance in this competition.

Unfortunately, both these teams withdrew their names from the competition on 23 February 2021- as the dates would clash with the remainder of AFC Second Round World Cup qualifiers.

Post their withdrawal, and the CONMEBOL spokesperson revealed that several nations had been showing interest in participating in this tournament. He also said that if they could not manage to get a replacement for the guests’ spots, the competition will include the 10 American teams- that would be for the first time since 1991.

The CONMEBOL council allocated the teams and divided them into two geographical zones, which was officially announced on 9 April 2019. The group stage took place on 3 December 2019, in Cartagena.

Colombia had been given the privilege to decide the zones of the two guest teams and also schedule the group stages. Being the hosts of this tournament, Colombia and Argentina were allocated the first spots for their respective zones. Argentina will be playing the inaugural match of Copa America 2021.

With the first match to be played on 13 June 2021, the group stage will last till 27 June 2021. The opening match will be played between Argentina and Chile at Estadio Monumental, Buenos Aires.

The first match for the South Zone will be played between Brazil and Venezuela at Estadio Atanasio Girardot, Medellin.

The knockout matches will involve eight teams, the top two from each zone. The knockout stage will include eight matches that are: four quarter-finals, two semi-finals, a third-place face-off, and the final match.

The final match of the tournament will be held on 10 July 2021 between the two winners of the semi-finals at Metropolitano, Barranquilla.

The last edition of Copa America was held in  2019 in Brazil- where the host country came out victorious.

Brazil played the final match against Peru and won the game by 3-1. The three goal scorers for Brazil were Everton, Richarlison and Gabriel Jesus. Whereas, the maiden goal for Peru was scored by Paolo Guerrero.

In 2019, it was Brazil’s ninth Copa trophy- which made them the third highest title holder of all time. The first and second on the list are Uruguay (15) and Argentina (14).

As of now, the events are going ahead with vaccinations in Europe going at a fast pace. While coronavirus variants and its resurgence may pose a threat to whether the games will actually happen, we do hope everything turns out as planned.

2021 seems to be an action-packed year for all the football fans, especially after a year without sports. The Copa America tournament is one of the biggest events this year.

Stay tuned to find out if Brazil can defend their title, or any of the co-hosts can emerge victorious.