So Cute! Watch As This Fennel Fox Reunites With His Cat BFF

The International Primate Rescue took in Rupert the Fennec Fox at just 4 weeks old. While he was being hand reared by the organization, he became good pals with William the Cat. Once Rupert was big and strong enough, he was introduced to other foxes, but he didn’t forget his bestie in the process! This video shows Rupert being reunited with William. It is adorable. Kind of reminds me when my BFF and I reunite. Usually it’s in an airport at the baggage claim. And security shows up and escorts us out. But yeah, other than that, it’s pretty similar to this. 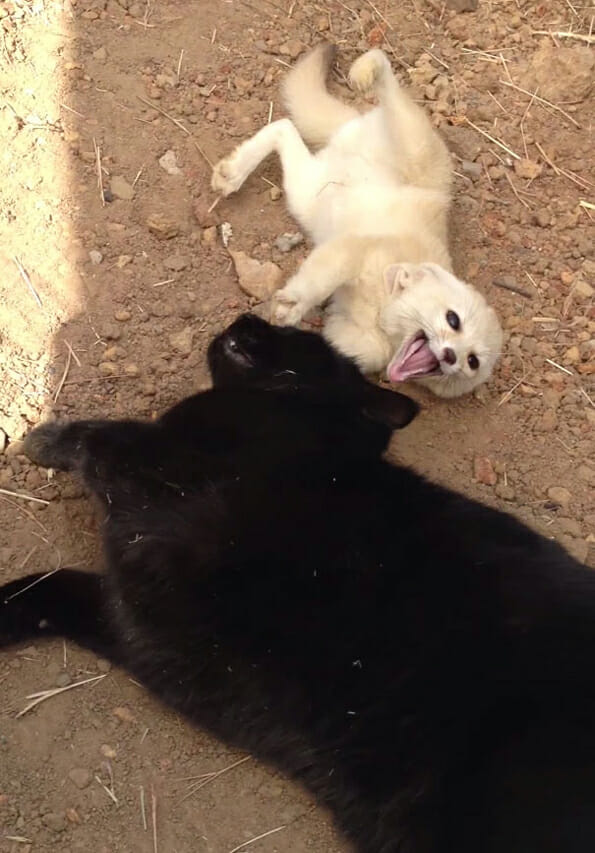 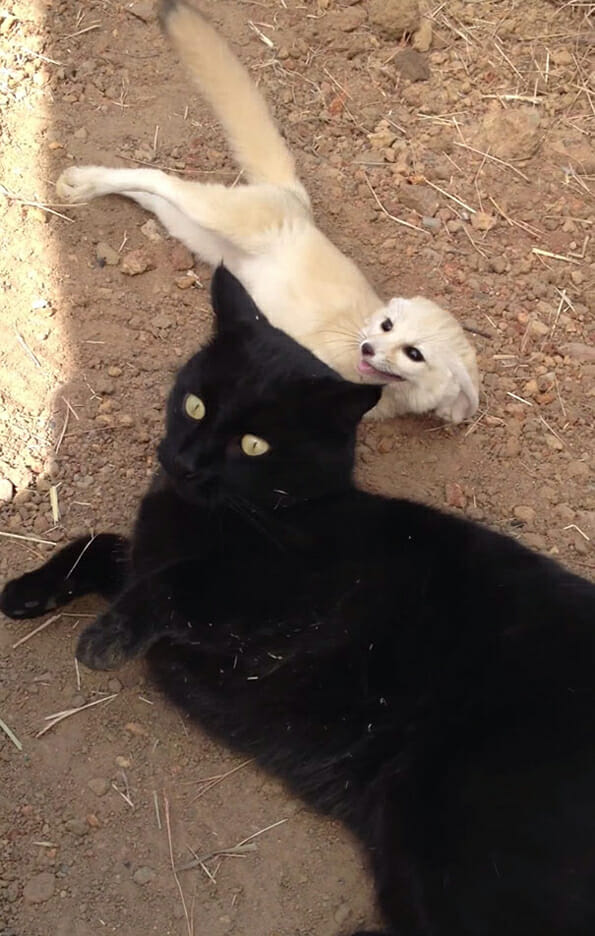 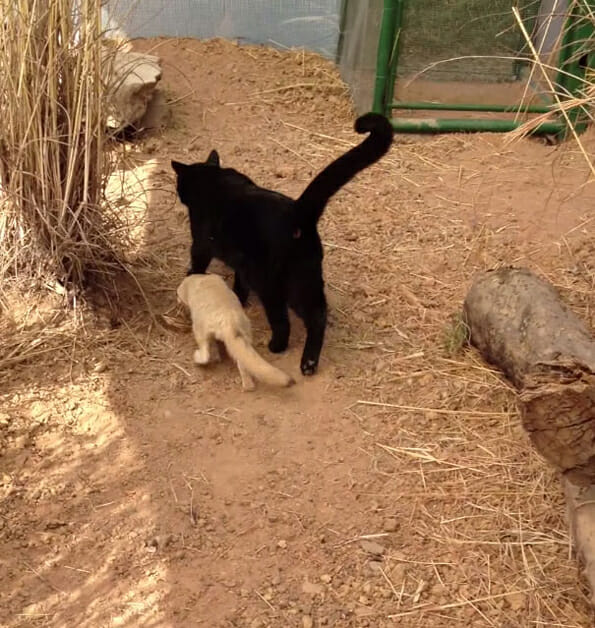