This is a praying mantis that looks like an orchid. It’s called — SURPRISE! The orchid mantis. Apparently this species disguises itself as the pretty flower to lure its prey. Pretty messed up. But what do you expect? Mother Nature is one crazy f***ing lady. One minute she’s designing up a beautiful flower, the next she’s dressing up a bug in that flower so HE CAN KILL OTHER BUGS. I’d say she’s heartless, but I know she’s all around us. She hears everything and if she heard me say that, she’d probably pull something pretty sick on me. Like, I dunno, make me elvove backwards, into an ape. Or cross breed me with a dumpster. Or give me some kind of mutation where I grow an extra tit. Okay, actually, between you and me, I would NOT complain about that last one. 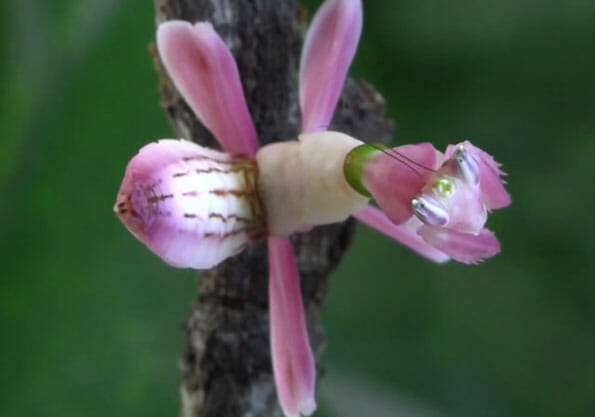 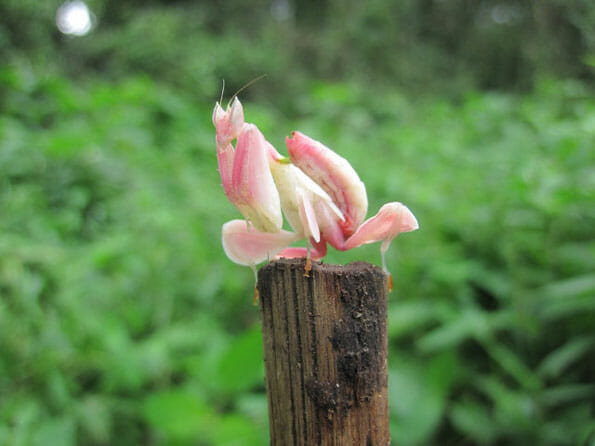 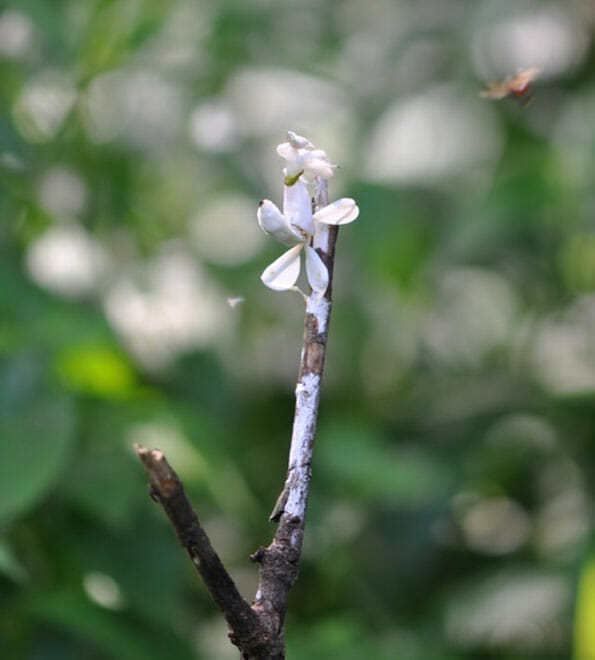