If you have more than one cat then you already know that sometimes, without warning, they fight. Sometimes it’s a quick slap fight over who gets to use the water dish first and sometimes it’s an epic battle over control over that spot on the floor where the sunbeam hits. Of course if they could solve their differences through fighting games, rather than actual violence they probably would—they just don’t have the thumbs. The “Cat Fighter” video parodies fighting video games, showing the kittens engage in an epic battle, complete with a Street Fighter-esque animated background. Of course the cut out photo style suggests that “Kitten Kombat” would have been a better title… Plus they could have had FaTAILities. Sorry, that joke was terrible—a CATastrophe even. 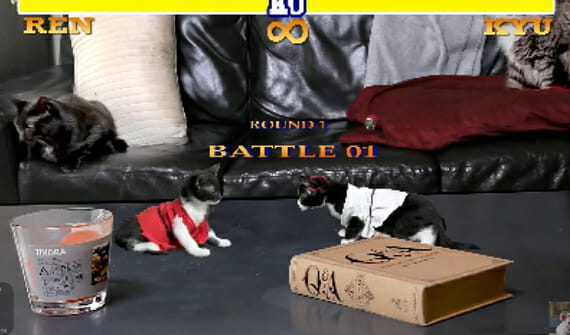