The 5 Benefits of Raising a Bilingual Child 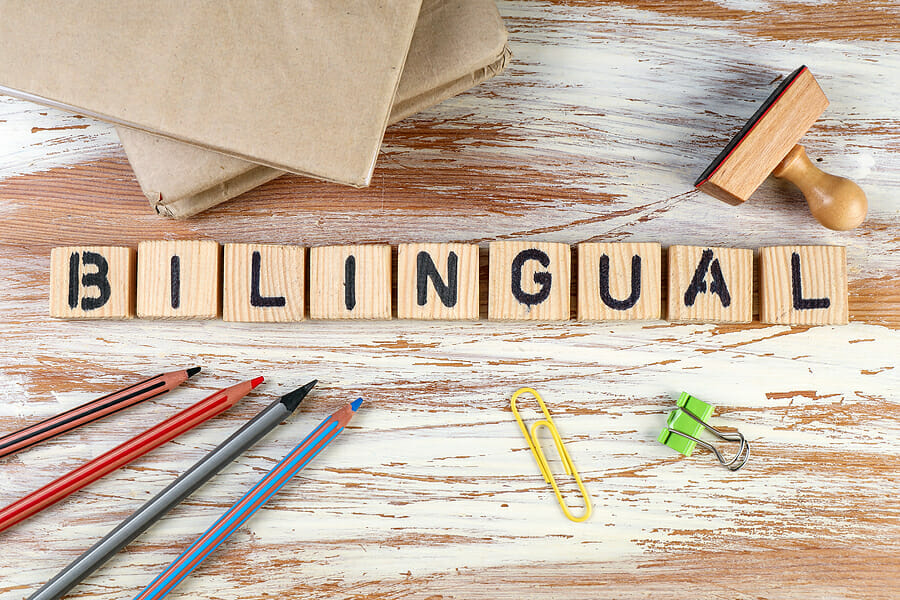 We live in a world that is ever expanding its communication capabilities. We’ve come so far, in fact, that there’s no longer such a thing as a domestic economy. Rather, every economy in the world is now interconnected and interdependent on one another. This was most recently highlighted during the peak of the COVID-19 pandemic and the impact it had on global supply chains. That impact is actually still being felt today in a myriad of ways. No matter how you spin it, the world is becoming further and further connected to one another. As such, it’s more important now, than it ever has been before, to raise your children speaking more than one language.

There are a lot of educational, mental, and even societal benefits that stem from learning a second language at a young age. Here are some of the benefits that kids see when they’re at least bilingual.

Preparing Them for Diversity

Diversity is a growing theme in the modern world. As society slowly moves further and further toward acceptance (despite some recent setbacks), the value and importance of learning a second language is only emphasized further. The world is a wide open, colorful, and extremely diverse place. It’s actually predicted that in the next decade or two, the predominant presence of humanity will be mixed-race and mixed-ethnicity. The whole world is officially turning into one giant and beautiful melting pot.

As such, there is going to be even more diversity, and it should continue to grow as a focal point in both societal and professional communities.

Giving Them an Educational Edge

Being prepared for and excited about diversity isn’t the only benefit bilingual kids see, though. Learning a second language is a skill at any age. The younger we are, the more open to absorbing and learning language we are.

In turn, there are certain thinking patterns and mental strengths that are developed as our brains work to figure out not just one, but two languages at the same time. Teaching your children a second language from a young age and onward can help them develop both critical thinking skills as well as a discipline for study and learning. In turn, all of this contributes to a life-long curiosity and thirst for knowledge. All-in-all, there are many educational benefits to teaching your kids a second language before they reach their teenage years.

Good for Their Mental Development

While it’s easier for kids to pick up languages than it is for adults, it isn’t necessarily easy for anyone to learn a second language. By finding incremental success with a new language, your kid may discover their confidence, and a life-long passion for linguistics, too.

Instilling a Sense of Patience and Practice

These are also skills that carry over in many other aspects of life.

Opening up Doors and Opportunities

Finally, but certainly not least, learning a second language at a young age can simply open up a plethora of doors and opportunities that wouldn’t otherwise be there. This is also where it pays to be thoughtful about what language you choose to teach your child.

Spanish and Chinese are two of the most popular second languages for people to learn in today’s day and age. Especially because of their global presence and their potential future role in society. Picking a language that has some future functionality is also an important factor to consider when teaching your children a second language.

Finishing up on the Benefits of Raising a Bilingual Child

If you’re wondering how to learn Chinese, Spanish or any other language, there are plenty of language programs out there. There are even kid-friendly programs, to help you and your child learn a new language together.