Packing Strategies to Simplify Your Move and Make Unpacking a Breeze 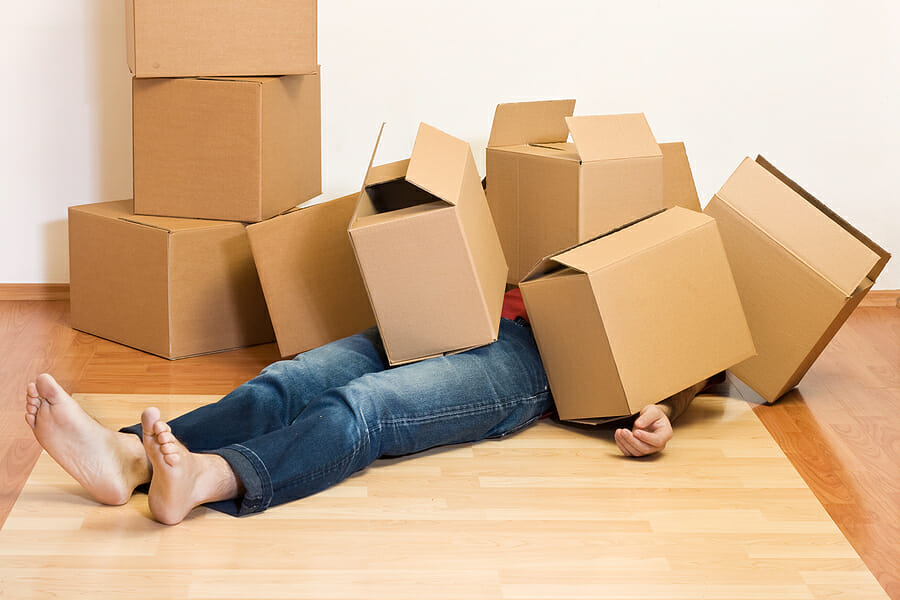 Most people like the thought of moving to a new home more than the reality of actually having to do it. For one, the logistics of preparing for a move is enough to put anyone on edge. But then, you actually have to figure out a way to condense your life down to a few moving trucks? Can it be done?

Well, if you employ the smart packing strategies we’re about to discuss, your move will become as stress-free as it can get. What’s more, you’ll have an easier time unpacking everything once you get to your new home. So let’s see how you can make that happen.

Packing and Unpacking Strategies for a Stress-Free Move

Before we get into some specific packing hacks, we have a few more general tips for making your move a breeze.

The best thing you can do to make your move more manageable is start preparing early enough. You should at least get your packing tools ready several weeks if not months ahead of the D-day. That’s also when you can start looking for NYC movers that can handle the scope of your move.

Professional movers could even offer you more specialized advice that can help you with the move. But even they would tell you to start by getting rid of the stuff you don’t plan on taking with you.

During the process of decluttering your home, you’ll inevitably come across items that are good enough to donate. You can let your friends and family sift through them before driving the rest to a place that would be willing to take it off your hands.

On the other hand, you’ll also find plenty of items that are damaged or not suitable for donation. After setting aside the ones that can be recycled, take the rest to the nearest trash container. Of course, that’s one task you can always delegate to another member of your family.

Set the Essentials Aside

Once the stuff you won’t be taking with you is out of the way, it’ll be time to start packing. As you do that, you’ll need to have an area of the house where you’ll set aside the things you need every day. These are items you don’t want to lose in the shuffle, like your wallet, keys, medications, and important documents. You can also put your phone and charger there, as well as your laptop if you tend to use it every day.

Remember, everything in this area will come with you on the day of the move. Those will be the last things you pack. So make sure they also include a change of clothes, some toiletries (and toilet paper), as well as a tool kit to help you put together any furniture you might have disassembled during the move.

Since most people don’t feel like cooking on the day of the move, you can also do the same thing with food. That’s what makes having a travel cooler so handy!

At this point, we’ve all seen our fair share of those viral packing hacks on the internet. Unfortunately, they never really pop up on our feeds when we need them to! By the time we’re ready to travel — or move — most of us don’t even remember all those nifty techniques.

But if you start packing weeks in advance, you’ll have plenty of time to try out all those tips, including:

Of course, if you seal all those boxes and have the movers take them away right away, you’ll probably have a hard time unpacking everything. But we have just the thing to make it easy.

The most helpful thing you can do for yourself and your movers before the day of the move is label your bags and boxes. You can go the traditional route, and just use a sharpie directly on your boxes to mark where each of them should go. If you’re even more meticulous, you can write “bathroom — cabinet” or “kitchen — pantry” instead of just “bathroom” or “kitchen.” And if you don’t want to write directly on the boxes, you can use crepe tape or stickers.

Stickers could also be a useful tool if you opt for a color-coded system instead of the traditional written labels. If you assign each of the rooms in your new place a color, you can just stick colorful stickers on your stuff instead of labeling it in writing. In that case, you’d need to have a written key explaining which color corresponds to which room.

Alternatively, you could have a numbered system with a complete inventory of the items you have in each of your boxes. And of course, you’ll also need a way to mark the boxes that have fragile items in them. Ultimately, no matter which labeling system you use, marking the boxes in one way or another is sure to make the unpacking process go more smoothly.

Load Up the Trucks

Come moving day, your things should be all packed up, labeled, and ready to go. But even as the movers come in to pick up your boxes, there’s still another way to improve your move.

Namely, you should mind the order in which the boxes are loaded onto the truck or van. Remember, you’ll probably want to access some items before others. For example, there’s no reason to take the TV out before the kitchen utensils and dishware. That’s why the living room and home office stuff should go on the movers’ vehicle first.

Meanwhile, the boxes you’ll want to access as soon as you get to your new home should contain the things from your kitchen, bathroom, and bedrooms. After all, those are the areas you’ll want to set up first.

Last but not least, it’s time to unpack — so put on some tunes and get to it! As we have mentioned, the first thing you’ll want to set up is the kitchen. If you are moving any large appliances like the fridge or oven, make sure you have those hooked up first.

Next up, you’ll want to set up the bedrooms. If you have previously disassembled the beds, you’ll need to put them back together. When you finish doing that, put on the sheets — otherwise, you run the risk of sleeping on the bare mattress later on.

After you set up the bedrooms, you can have the other members of the family take over the task of unpacking the miscellaneous items. Meanwhile, you should move on to the bathroom. Get all the toiletries out along with some towels and the shower curtain.

Depending on your situation, your priorities may include the kids’ toys or your pets’ food and water. But once you’ve taken care of those, you’ll be free to work on the rest of your stuff. And, if it’s all meticulously packed and labeled, finding a place for it should be a breeze!