Booze & Sleep In A Beer Barrel 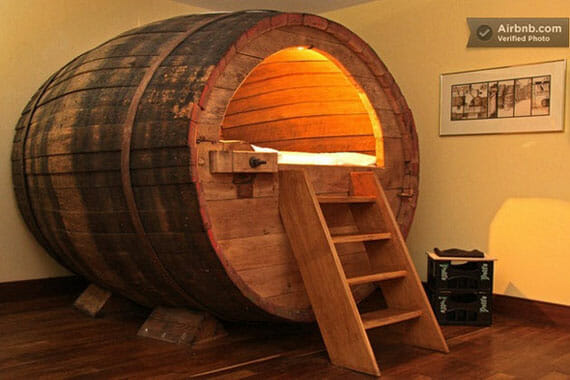 The Beer Barrel Bedroom is a rentable room in Ostbevern, Germany. The best part of the place is the 19th-century beer barrel which was used for brewing until 1995, but now it serves a bed that fits up to 2 humans. Well, I’m assuming 2 grown humans, or probably like 1 grown human and 2 smaller humans, 3 medium sized humans if they lay diagonally, or a single sasquatch. Poor Sasquatch — forever alone! Admittedly, I’m already prone to passing out in a drunken stupor. Might as well pass out inside of a beer barrel after a night of boozing. Either way I’m gonna wake up smelling of stale beer! 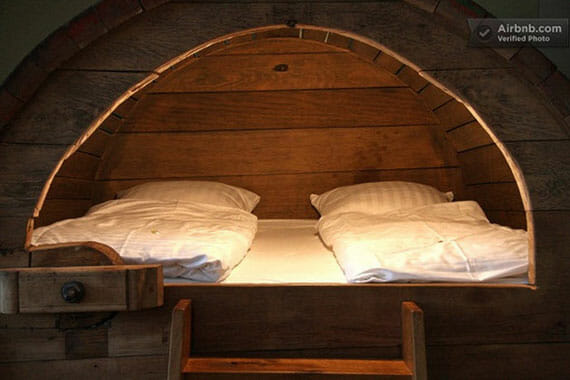 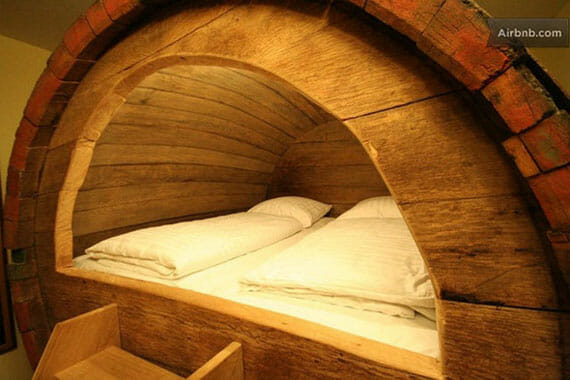