Some Snoop fans may remember an interview from several years ago in which he came up with the best idea for a video game ever: you play as a dog who turns into a man who turns into a pimp. I’d play that game. Now that he’s been reincarnated as a lion (btw, how do I sign up for that too?) Snoop has created a music video that pays homage to games like Pokemon and Super R Type. In this “game” he’s a man who turns into a “Supalion” who performs special attacks to defeat his enemies. I’d also play this game… if it were actually a game and not a music video. 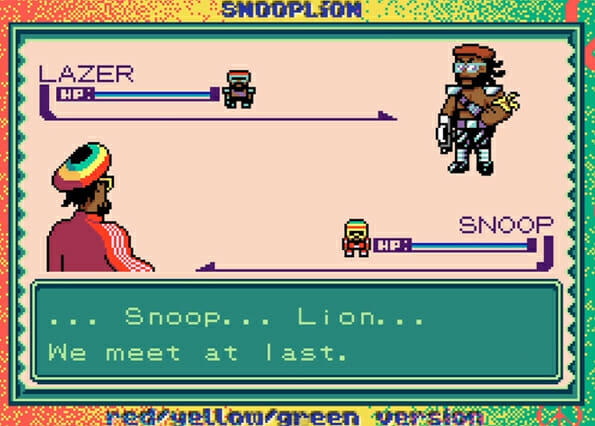