John Bitmead looked at one of those red and yellow (aka ketchup and mustard) Little Tikes cars and thought to himself “Not big enough. Not fast enough.” Jk, I actually don’t know WTF John was thinking when he made this adult-sized version that’s capable of going up to 70 MPH. But I think that’s a pretty good guess. Did John think about how dangerous it would be to be cruising at such speeds without any windows including NO WINDSHIELD? Probably not. That seems like a pretty big oversight. But again, I have no idea what was going through his mind at the time. What do I look like, a mind reader? Because that would be pretty cool. 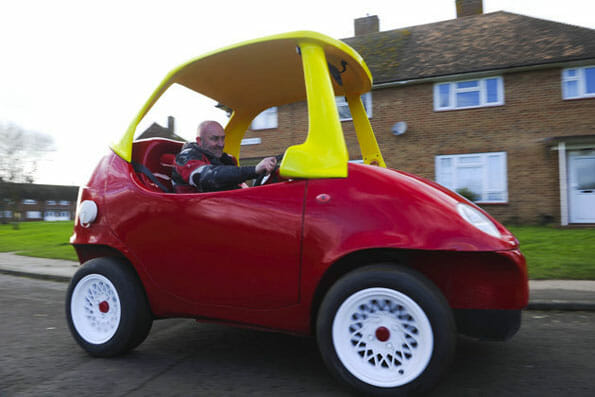 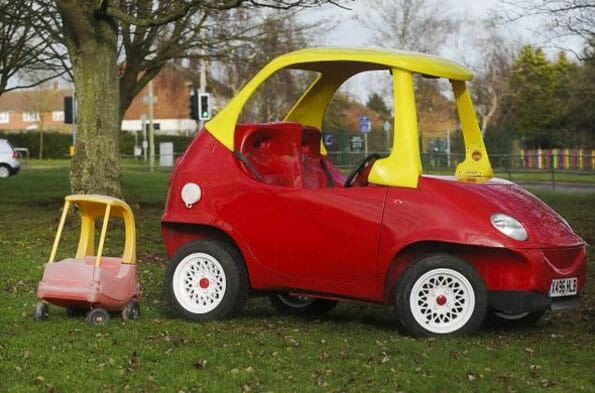