Does Vaping Affect Women During Pregnancy? 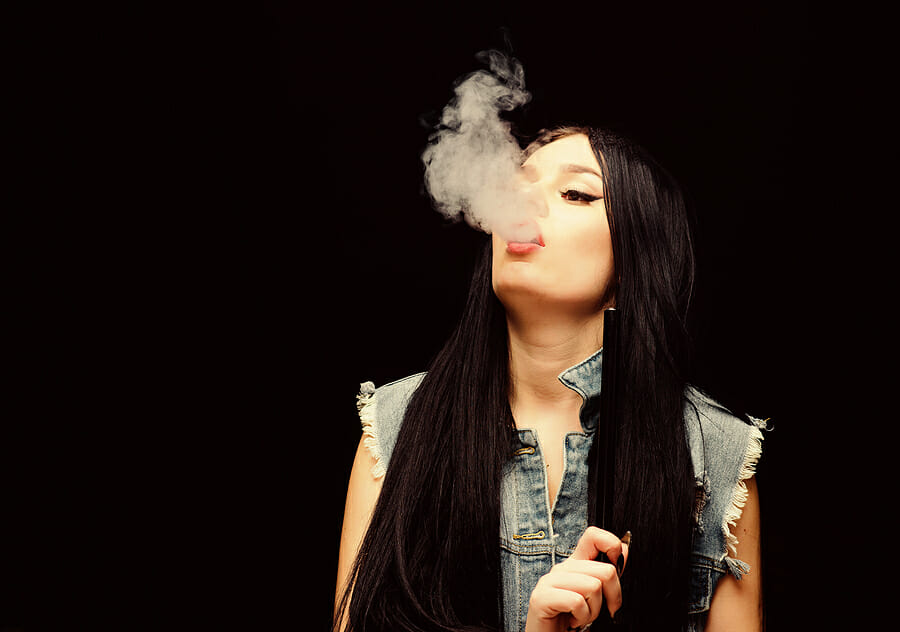 Carrying and giving birth to a healthy child require women to radically change their lifestyle and give up bad habits, in particular, smoking.

Some people chose to lessen the ranks of vapers, replacing traditional cigarettes with electronic devices and going for mild liquids such as riot squad e-liquids. The doctors’ answers will help to understand how safe they are, and whether pregnant women can smoke e-cigarettes.

Effects of Vaping on Pregnancy

Having considered the composition, it is safe to say that the electronic cigarette during pregnancy will not bring any benefit. But since they choose the lesser of two evils, some people, nevertheless, listen to manufacturers, who assure that tobacco products and electronic cigarettes are two completely different concepts.

On the one hand, when the vapor is inhaled, the tar and heavy metals released by the smoldering cigarette do not enter the human body. But, on the other hand, nicotine vapors given by vapers are in no way able to rid the smoker off nicotine addiction.

And for greater persuasiveness, certain facts should be considered that reveal the principle of action of these devices on the body of a pregnant woman and the baby she is carrying.

How E-Cigarette Works on Pregnant Women

Nicotine acts on nicotinic acetylcholine receptors, increasing their activity. The result of this action is the release of adrenaline, a stress hormone, into the bloodstream.

An increase in the concentration of adrenaline has the following effects:

Vape for pregnant women is dangerous with the following consequences:

The use of nicotine in small doses helps to reduce appetite (due to the release of glucose and dull hunger) and reduce body weight. Reducing the need for nutrients in the body of a pregnant woman leads to a deficiency of vitamins and minerals.

Vaping is fraught with hair loss, brittle nails, tooth decay, and stretch marks that cannot be treated with any cosmetic product. Doing just a few puffs every day, the expectant mother runs the risk of developing diseases of the bronchi and lungs, pyelonephritis, dysfunction of the liver and cardiovascular system.

How E-Cigarette Affects the Fetus

If a woman says: “I smoke electronic cigarettes during pregnancy and I don’t see anything wrong with that,” she does not fully realize the seriousness of the consequences. And they will certainly come.

After all, a decrease in the need for food will affect not only the mother’s body, but also the child. Nutrient deficiencies affect fetal formation and development.

Doctors say that vaping e-cigarettes is fraught with the following consequences:

Vape without Nicotine as an Alternative to Smoking

And now we need to figure out how vape without nicotine affects the human body, and whether it is possible to smoke it for pregnant women. Studies have shown that the vapor inhaled by a vaper contains acrolein, the simplest unsaturated aldehyde that is toxic to humans.

And although it is contained in lower concentrations in electronic cigarettes, the danger to the body of a pregnant woman is too high. During the quality control of the vapes, samples were identified that did not meet safety requirements. The following substances were found in them:

All these substances have the strongest carcinogenic effect. But there were also found samples, declared as nicotine-free, but containing nicotine.

When asked if pregnant women can smoke e-cigarettes, doctors give a negative answer. Experts believe that vaping is as addictive as cigarettes. Therefore in order to prevent illness among the mother and the baby, it is the option to give up on vaping.

Vaping does not help to quit smoking and cannot be used as a safe nicotine replacement therapy. And the substances contained in liquids and the devices themselves can cause cancer not only in the mother, but also in the baby.