The reasons for the crash of the crypto market 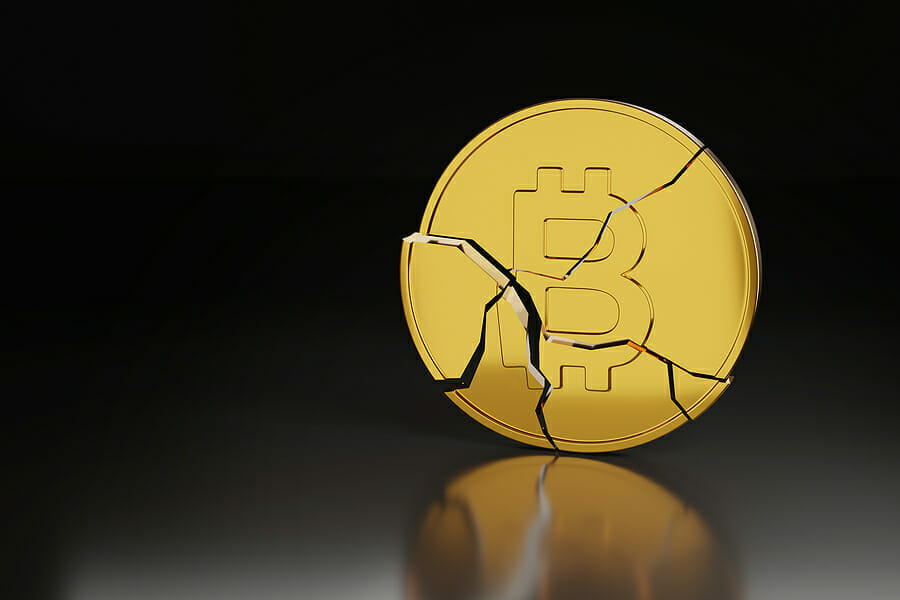 Cryptocurrencies are the most volatile currencies present on the market to date. No one in the market knows for sure what will be the rate of a cryptocurrency for tomorrow. Even the giant coins of cryptocurrencies, like Bitcoin, Ethereum, and Binance coin, are facing a down word verge on their charge. Bitcoin and Ethereum fell almost 70% from their peak. Both of them are trading at 23000$ and 1100$, respectively, compared to their all-time high of 65000$(BTC) and 4890$ (Eth).

The interest of big institutions

At the start of 2021, more prominent and renowned institutions like Tesla, Micro Strategy, and even countries like El Salvador made considerable investments in the crypto market. With the entry of these well-known institutions, many people started investing in the crypto market. Due to this, the overall market value of cryptocurrencies hit an all-time high of three trillion dollars at the end of 2021.

The trust was built, and the market was moving smoothly, but then came news from Elon Musk. He twitted that Tesla would withdraw from the crypto because of the environmental issues. A sense of fear was created in the market, and the bear market started from there onward, which ultimately caused an enormous crash in the mid of 2022.

Also, other institutions like Micro Strategy did not do anything special to maintain the people’s trust and remove the fear from the hearts of investors. El Salvador tried it by legalizing the transaction of bitcoin in the country, but it did not affect the overall market.

When cryptocurrencies emerged at the start of the 2010s, no one took them seriously. So there were no rules and regulations for these currencies until they grew enormously.  Without no regulation, there was a fear of money laundering in developed countries. So they started regulating them or banning them. The US began its exchange, and the other crypto exchanges were banned thus creating more fear among the investors, ultimately resulting in a crypto market crash.

Also, countries like china banned bitcoin mining because of the environmental issues which affected the minors and consequently impacted the overall market.

The rising inflations and the geopolitical situation could be another reason for the crypto market crash. The Russian-Ukraine war has impacted the stock market so much. It has also affected fuel prices, which in turn causes inflation throughout the world. The stock market and the inflation may have caused fear among investors. They are selling their crypto assets that increase the supply and decrease the demand for crypto assets, thus lowering the coin rate, which caused a crash.

Terra USD is a stable coin, and stable coins are known for their stability, but when the Terra USD crashed a few weeks ago, it crippled the whole crypto market. Investors started questioning the stability of the entire market, which caused distrust and fear. Due to this fear and doubt, a more significant crash came along the way.

Some experts believe that these reasons may seem reasonable, but the crypto market is going through bear and bull markets every four years. For example, 2013 was a bear year, then 2017, and now 2022 could be another bear market. But they believe that every bear market is followed by a bull market in which the market booms.

As stated before, this might be the last crash of the bear market, and you can expect the bull market very near in the future. Start reading charts and reviews about these market cycles, cryptocurrencies, and their rates on the Bitcoin motion exchange so that you would not miss a new opportunity to become rich. Because every bear market yields a bull market, every bull market comes with enormous opportunities to become wealthier.