A Short History of Bitcoin 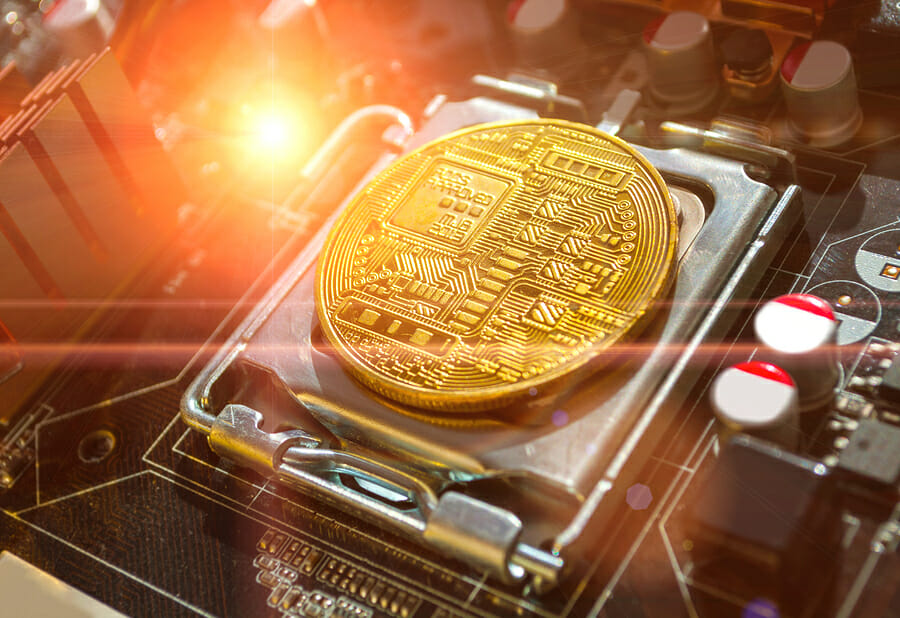 While you may think of Bitcoin as a new innovation, it has actually been around for quite a while. This form of currency may not be completely mainstream yet, but it has been making advances.

What you don’t know about it could be holding you back from taking advantage of its benefits. The only way to educate yourself on Bitcoin is to learn more about where it came from and why people have an interest in it.

Only then can you understand where the company is going and how it could end up reshaping the financial world as we know it. There is a lot to learn about this currency that might just surprise you.

The introduction of Bitcoin happened in 2009. Investments from that time have shot up in value. Forbes gives the example of a $1,000 investment then being worth over $36 million now. If that isn’t enough to catch your interest, then you must already be wealthy.

The story of Bitcoin, though, starts much before its introduction to the public in 2009. Forbes explains that it wasn’t even the first cryptocurrency is existence, but it is the first one to see full development. Prior to Bitcoin, there were Bit Gold and B-Money. They did help pave the way for Bitcoin and its realization.

In late 2008, someone completed the domain registration for Bitcoin’s website. Then, people first became aware of Bitcoin when a cryptography mailing list receives a document about it. The posting was by Satoshi Nakamoto, who gets credit for being the creator of Bitcoin. However, nobody really knows who this person is or if it is a person. It could be a group of people or even a company.

While Nakamoto is the inventor, there needs to be someone who runs Bitcoin and develops all the programs used to operate the transactions. The ownership that Nakamoto had in the company, he gave to multiple people. With Nakamoto’s shares distributed, there is really no one head owner. He did this purposefully to help keep Bitcoin on track and to avoid any one person having complete control over the company.

The ownership is a moot point as today, it operates as an open-source project. Developers from all over the world can claim parts of it thanks to their contributions. The bottom line is that Nobody owns Bitcoin.

Bitcoin stands out because it seeks to bypass normal red tape. It strengthens peer-to-peer transactions without needing a middle man, such as a bank. It also enables you to keep your anonymity because you also do not have to share personal information to use it. Plus, and perhaps the most enticing, there are no fees when dealing with it.

So, how does Bitcoin keep track of transactions? It uses blockchain, which is like a virtual ledger that tracks and notes all exchanges. It ensures that people spending or trading Bitcoins actually have the funding in the system to do so. It also ensures that when someone gives one to someone else that they receive it. It’s like an internal banking system or tracking method.

These attributes drew attention to the currency, and by 2011, the currency faced competition for the first time from Litecoin and Namecoin. Competition has not decreased. In fact, there are more than 1,000 on the market today.

Bitcoin became publicly available in 2009 with the first valuation coming in 2010. Although, it was not a formal value assignment. Someone who owned some traded 10,000 for two pizzas.

By 2013, Bitcoin had a fairly stable value of $1,000 per Bitcoin. However, that value starts to see a decline and reaches $300 by the end of the year. This is not a cause for concern, though. By 2017, Bitcoin value reached $10,000. More interest piqued and financial institutions started to look into working with Bitcoin.

With its current trajectory, this currency is going nowhere but up, and it’s doing so at an amazing rate. Unlike when other types of currency see superior growth, Bitcoin won’t start to lose value. There are only ever going to be a set number of Bitcoins available, so there is no devaluation issue such as that which happens with gold-backed money.

Bitcoin has also had its share of scandals. Since its design is to help people remain anonymous and to usurp the general control of the government that is typically on money, it is not a surprise that criminals found it to be attractive for use in their ploys. One exchange went offline and there was huge theft, which law enforcement has never been able to completely recover.

Do not doubt that security has been at the forefront of Bitcoin’s design and development. This is built into the design. The blockchain technology is on a network of Bitcoin computers, not at one central location. This makes it nearly impossible for hackers to get in.

If you feel drawn in by this currency option, you are not alone. Business Insider explains that investment in the currency has helped its steady rise. Many tech experts put their money in it and have seen healthy returns.

If you want to be part of things, you can look for Bitcoin exchanges, such as NordikCoin. As mentioned, you may also soon be able to deal in Bitcoin through your financial institution if the partnerships with banking leaders start to take shape.

While the OmniMatrix company is not your only option, whatever company you choose to go through to invest, you want to understand the process. It can seem complex when your so used to dealing in other types of currency, but it just takes a few steps to start.

You will first need to set up your digital wallet because this is where you keep your currency. There is no physical money, so you need a secure place in which to put your investment. You need to go through a software wallet company to get one. Make sure to choose one with a solid background in security and stability.

If you have concerns about a digital wallet, you can get a hardware wallet, which is like a flash drive that stores your private key. You will need to buy one from a hardware wallet company.

The next step is setting up a connection with your bank account so you can make the purchase. You will do this through the Bitcoin exchange service you choose. You can then begin trading and making deals with your Bitcoin through your exchange.

Many people hold onto their Bitcoin investments to cash in later. However, you can always sell once you reach your goals or if you need the money for something else. There are plenty of people ready and willing to take them off your hands and add them to their portfolio.

Time to Make Your Move

Despite some seriously confusing origins with a creator whose identity nobody has ever been able to pin down, Bitcoin has surpassed the expectations of those running the company today. Key developers who have been working on this currency from almost the beginning are discovering that it is much more valuable than they could have ever dreamed.

With the actual value of Bitcoin on the rise and the exceptional outlook for cryptocurrency to enter the mainstream, now is the time to get on board. If you have the opportunity, there is little to lose with even a small investment.