How To Sneeze In Other Languages 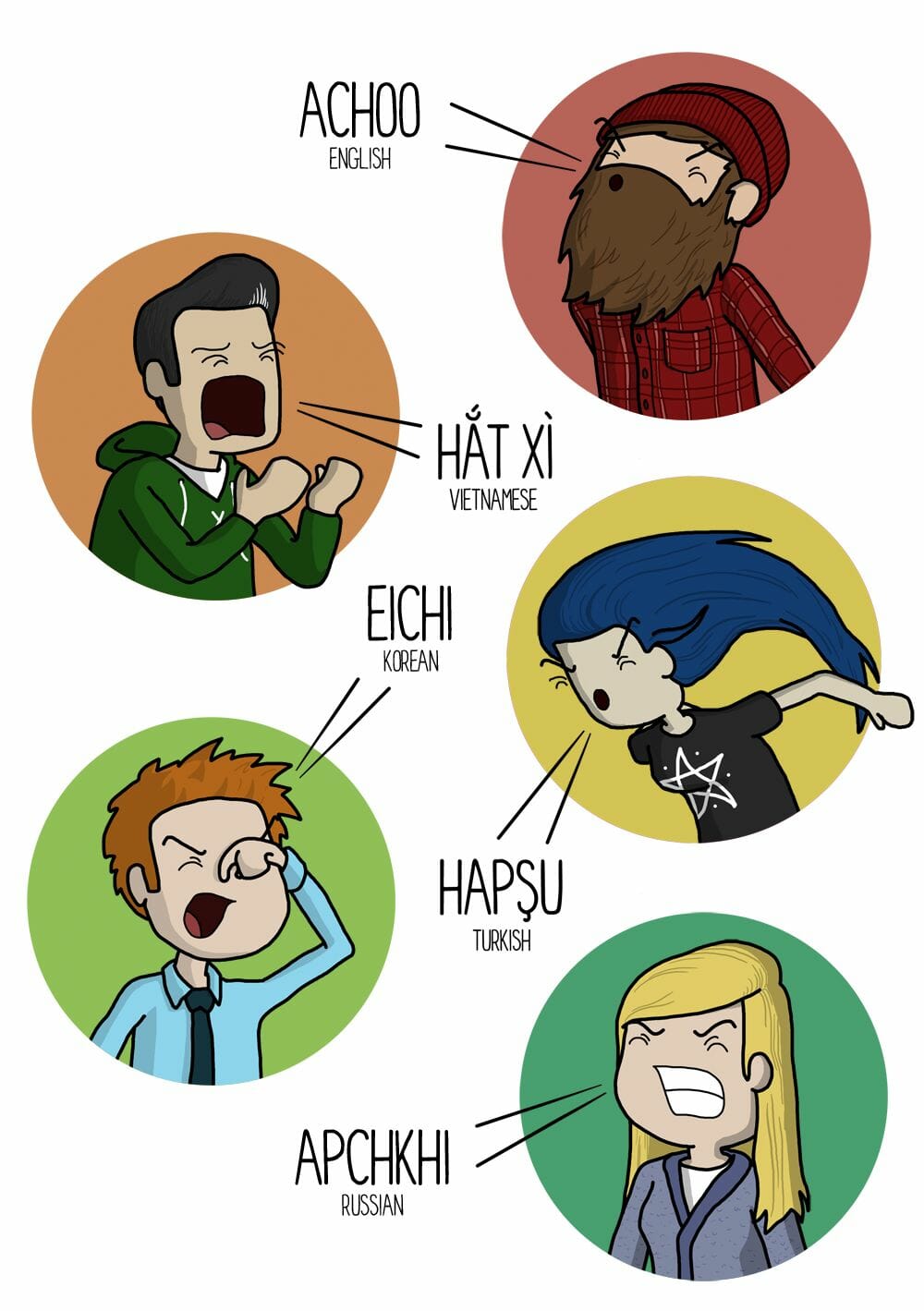 You ever wonder how people sneeze in other languages? Me too. Personally, I figure everyone else is probably not as loud, proud, and shooting snot as far as us Americans. We’re a delightful country. Cartoonist James Chapman created this cute infographic showing how people sneeze in other languages. The data provided does not support or refute my hypothesis about Americans, so I still stand by it 100%. However people sneeze, I hope they’re covering their mouths, because germs. Unfortunately according to my personal sneeze researcher (sneezearch?!) on the bus, people generally do not. I came to my conclusion and abandoned the study after one time someone sneezed into my mouth while yawning.

Via: Lost at E Minor