The History of the Nightstand 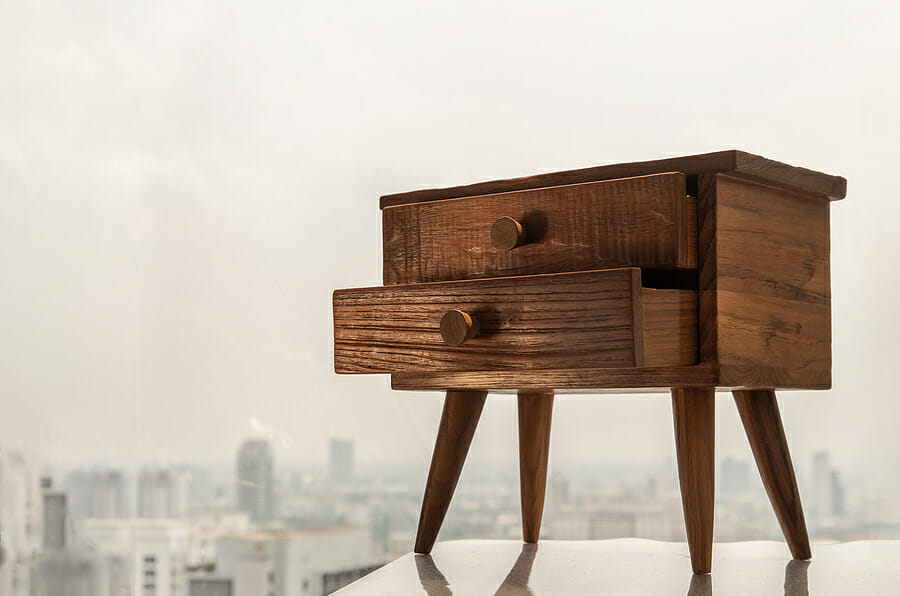 Did you know that nightstands have been a concept in bedroom decor for centuries? It is easy to believe that this furniture is a modern invention, but in reality bedside cabinets and surfaces have been employed since the dark ages. Of course, these bedroom furniture pieces serve a much different role today than they did at that time.

Have you ever been curious about the origin of nightstands? Read on for some interesting facts!

Bedside tables have always been functional

Having a small table next to the bed to store small items like a book, eye glasses, or a cup of water has always been a bedroom staple. As far back as anyone can go in our history, bedside surfaces have served a necessary purpose. Even though bedside tables are not as common as nightstands, they do still work well for small or minimalistic spaces.

The original nightstand – The Commode

The first nightstand was actually designed with a rather disgusting and necessary purpose that is no longer required. For most of the world, indoor plumbing is a rather new concept. The first instances of indoor plumbing in America were in a hotel in the early 1800s.

But, as you would reasonably expect, people still had the need to urinate in the middle of the night. If it were snowing, raining, or just simply cold, they wouldn’t want to go to the outhouse or latrine. Instead, they would use a bedpan or chamber pot.

And, as you might expect, those chamber pots did not exactly smell like roses. People wanted a way to mute the odor until they could empty the bedpan the following morning. This led to the invention of the commode, a nightstand that provided a surface with a closed cabinet to store the chamber pot. Putting it in the cabinet muted the smell enough that one could go back to sleep.

Transitioning to nightstands with drawers

Along the way drawers were added to commodes. You had the surface, a drawer, and the cabinet for the bedpan. As more cities began to incorporate indoor plumbing, commodes were no longer necessary. Some people went back to the slimmer and basically functional bedside tables, but others had gotten used to having that extra drawer storage for intimates and the like.

As such, the first nightstands resembled the commode closely. They still had a surface, one drawer, and a storage cabinet. Eventually the storage cabinet added one of two shelves inside for more organization and better utilization of space. Finally, the most commonly found nightstands incorporate two large drawers.

Modern nightstands resemble traditional ones in many ways. Although they may have updated features like cord management tools or charging stations, nightstands still serve a similar purpose to their earlier counterparts. Search online to find the most traditional and antique replica nightstands. Source: https://www.1stopbedrooms.com/bedroom/nightstands