Potato Dumplings: Everything You Need to Know About This Czech Staple Dish 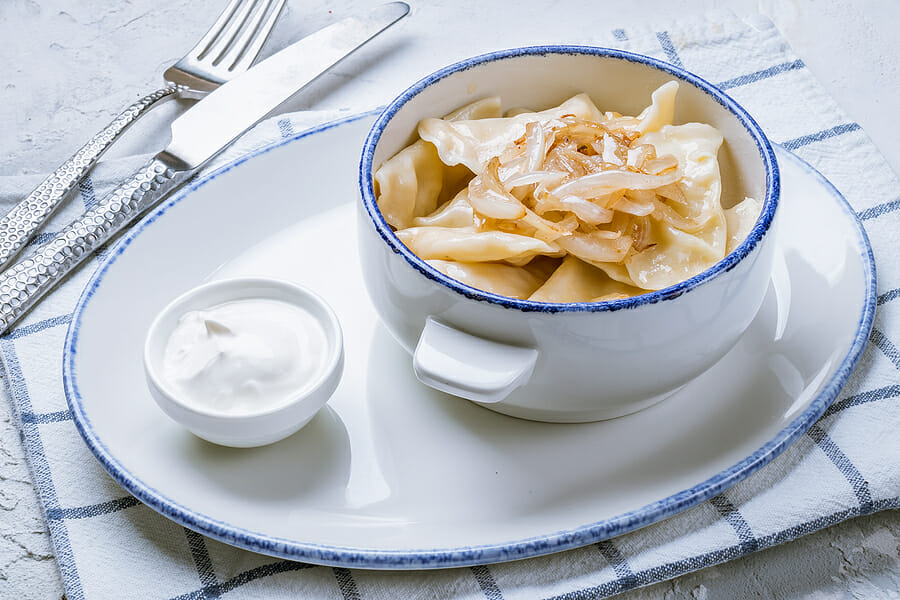 If you’re looking for a tasty, hearty, filling dish that will stick to your ribs, look no further than potato dumplings. This traditional Czech dish is made from grated potatoes, flour, and eggs and is usually served with gravy or melted butter.

Potato dumplings are popular comfort food in the Czech Republic, where they are considered a national dish. But they are also enjoyed in other parts of Europe, as well as in North America.

So, what exactly is a potato dumpling? They are a type of dumpling made from grated potatoes, flour, and eggs. The potatoes give the dumplings their characteristic fluffy texture, while the flour and eggs help to bind them together.

Potato dumplings are so important in Czech cuisine that they have their own name – kynuté knedlíky. Knedlík is the word for dumpling, and kyje indicates that something is made from curd cheese.

That’s right – the classic dumpling has a name that literally means “curd cheese dumpling.” The English translation for this dish is somewhat inaccurate since the word knedlík does not refer to potatoes in Czech, but it certainly makes it easier to remember what the dish consists of!

The main ingredient for this dough is a potato called Burbank or Russet Burbank. They have a certain sweetness preferred for this potato dumpling recipe, but that doesn’t mean other potatoes won’t work just as well!

Knedlíky is a beloved part of Czech cuisine, and there are many different ways to serve them. One popular option is adding smoked meat to the gravy, such as ham, bacon, or sausage. It gives the dumplings an irresistible smoky flavour.

They can also be served with melted butter and fresh parsley or with various sauces like mushroom sauce, goulash sauce, egg and onion sauce, or even cherry sauce. Czechs also like to eat their knedlíky with sauerkraut, a popular dish in Germany and Austria.

Here’s what makes it so special and staple to Czech cuisine:

Many Ways to Cook

There are many different ways to make potato dumplings, but the basic recipe is always the same. Grated potatoes are mixed with flour and eggs until a dough forms. The dough is then rolled into long cylinders, boiled in salted water, and then served. Some people also fry the dumplings after boiling them,  to get a crispy outside texture.

In some cases, potato dumplings are filled with meat or cheese before being cooked. It is true of a dish called “klobasnek.” The klobasnek is a sausage-filled dumpling that is popular in the Czech Republic and Slovakia.

Potato dumplings have a soft, doughy texture and a slightly bland flavour. However, this flavour can be enhanced by adding herbs or spices to the dough or serving with gravy or butter.

The dumplings are soft and fluffy on the inside, with a slightly dense texture. They have a mild potato flavour, making them a versatile ingredient that can be paired with many different kinds of sauces and toppings. Some varieties of potato dumplings are made even fluffier by incorporating yeast into the dough. These yeasted dumplings tend to be lighter, airier, and more tender than their unyeasted counterparts.

A Classic in Many Parts of Europe and North America

Knedlíky (or knedliky in plural form) is a classic dish in many parts of Europe and North America. They are popular in countries like the Czech Republic, Slovakia, Austria, and Germany.

In the United States, potato dumplings are often served with gravy or melted butter as a side dish. They can also be used in other dishes, such as shepherd’s pie or casseroles.

Potato dumplings are a relatively healthy dish. They are high in carbohydrates and protein, and they also contain some fibre and vitamins. They are a good source of energy, and they can be enjoyed as a main course or as a side dish.

They are a good source of energy, making them the perfect meal for a busy person.

Fit for All Occasions

Potato dumplings can be enjoyed at any time of day. They are a perfect meal for a busy person, as they are high in protein and carbohydrates. It’s a good source of fibre, making them a healthy choice.

The dumplings can also be served as a side dish or appetiser. And they are the perfect dish to bring to a potluck or buffet.

A big batch of potato dumplings can be made ahead of time and frozen. These make a great accompaniment to any meal, and they are easy to cook when you’re in a rush.

Potato dumplings are easily customisable and can be paired with many different meals, making them the perfect dish for holidays, parties, and potlucks. They are also a healthy and hearty meal that can be enjoyed any time of day.