Have you ever gotten into an argument with one of your friends about who could function better, someone who was drunk or someone who was stoned? If you did, chances are you were the drunk one because most stoners don’t really like to argue. (Or at least if they do, they’re too stoned to stay on point.) BuzzFeed staffer Andrew Gauthier conducted a series of tests to see if he functioned better while drunk or stoned. He tested his cognitive skills, motor skills, and physical abilities. Watching the process is highly entertaining, especially the drawing portion of the test which resulted in this fine piece of work: 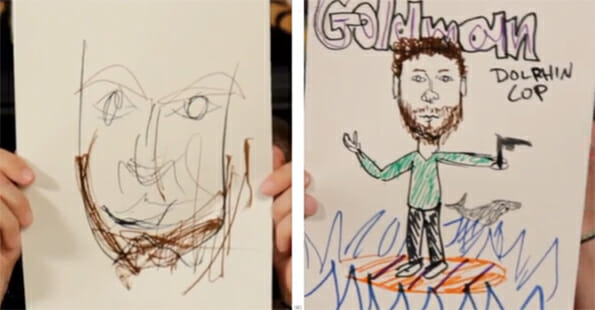