Top 10 most unusual subway in the world 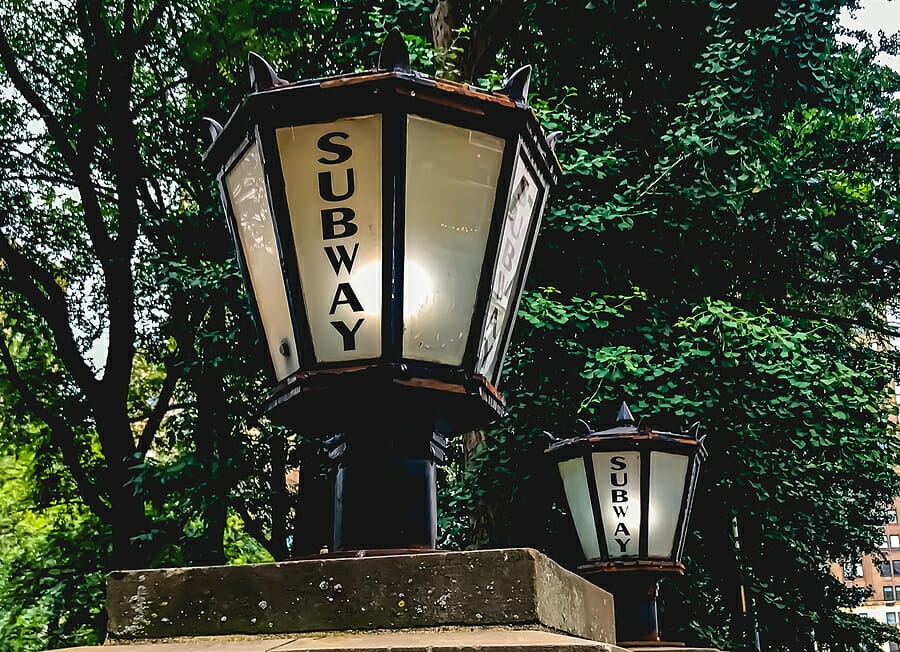 Do you often go down the subway? Agree, this is a wonderful transport that can easily deliver anywhere in the city. Did you know that the most convenient subway is in Munich, and cute computer characters are running along the walls of the Stockholm subway? Here is a selection of the most underground records in the world!

Oddly enough, the deepest metro is in Pyongyang, the capital of North Korea. The station goes underground up to 120 meters. A bit scary! This is due to the fact that some tunnels were built for bomb shelters. North Korea is a very closed country, where they don’t like outsiders. There are only two stations available to foreigners: Yŏnggwang and Puhŭng.

The temperature in the halls remains unchanged all year round – 18 ̊C. Brr!

Do you know where the first subway was discovered? Of course, in London! The Metropolitan Railway line was launched in 1863. One of the oldest stations is Baker Street, which has hardly changed since its inception.

It claims to be not only the most historical but also the most confusing.

The transfer takes place from 4 lines. So be careful! The atmosphere is more reminiscent of a train station, with numerous images of Sherlock Holmes on the walls.

The most automated subway

Did you guess that Dubai residents started using the subway only in 2009? 46 stations have been opened in 2 years! The speed is impressive, just like the metro itself – with an average train speed of 110 km/h, you can get from remote areas to the center in no time. You can only get to your destination faster if you rent Ferrari in Dubai.

The Khalid Bin Al Waleed station is designed in a nautical style and looks especially futuristic due to the unusual design of the lamps. The artist depicted the fall of the waterfall, but the townspeople decided otherwise and renamed his creation “giant jellyfish”.

The most convenient subway

The main feature of the Munich metro is the comfort of passengers. Each station is equipped with the latest technology: elevators, travelators, and escalators.

The architects have relied on practicality rather than design.

Visitors often refer to Candidplatz Station as the “underground gem”. Thanks to artistic lighting, the hall shimmers with all the colors of the rainbow, as if by the wave of a magic wand.

How many stations do you think the New York subway reads? You can never guess. There are 468 of them! Moreover, the total length of the tracks is 1355 km. It will take about 23 hours to ride through all the stations. Most of the routes are above ground, so you can enjoy the picturesque landscapes of the city. The former City Hall station, part of the New York Transit Museum, is popular with tourists.

The final battle of Fantastic Beasts and Where to Find Them takes place in the City Hall.

Do you remember the numerous videos of Tokyo subway employees pushing passengers through the doors? This only happens on the Tokyo subway. By the way, such a position even has a name – osiya. More than 3 billion passengers use the subway every year.

If you don’t want to be a fish in a tin can, welcome to the girls’ carriage.

He is usually the last in the lineup and is not overloaded even during rush hour. The authorities came to such a decision in order to exclude unpleasant situations with harassment. They did not bother too much about the design, but the stations are equipped with fountains and automatic machines with drinking water.

The first line of the Kaohsiung (Taiwan, China) subway opened only in 2008. However, it is considered not only one of the newest, but also the most beautiful. This is due to the colorful stained glass “Dome of Light” at the Formosa Boulevard station.

The work of the talented artist Narcissus Kvolyate is considered the largest glass work in the world.

The firmament depicts 4 themes of human life: water, earth, light, and fire. You seem to find yourself in a kaleidoscope, and everything around you shines and revolves. 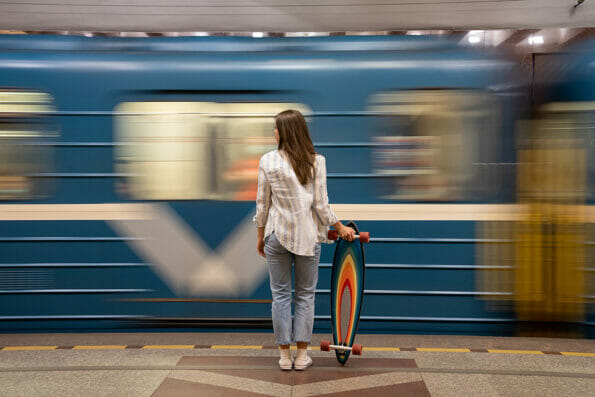 The most picturesque subway

The creators of the station Estación de Atocha, located in Madrid (Spain), breathed life into the gray routine. They planted a real rainforest right in the center of the hall.

Tropical palms rise under the roof of the building and more than 7000 species of plants bloom!

They did not forget about the fauna: fish swim in artificial ponds and cute turtles crawl.

The most artistic subway

Walking around Stockholm (Sweden) and not taking the subway is a big mistake. From the very first step, you will find yourself in a fairy-tale world. The subway is rightfully considered the longest-running art gallery in the world. Its length is as much as 110 meters. Every image and detail has a hidden message. The main message of the red-green Solna Centrum station – forest conservation.

If you visit the Kungstradgarden station, you will find yourself in the cave of a terrible troll: streams flow from the walls, and the halls are decorated with ancient Greek sculptures.

Haifa is proud of its metro – it is the only one in the country. The Carmelite line is not even an ordinary metro, but rather an underground funicular that takes passengers to the top of the mountain and connects the Lower and Upper Towns.

Trains run every 10 minutes, the whole journey up takes only 8 minutes, and this takes into account the stops at 6 stations.

The Haifa metro is considered the shortest in the world and is included in the Guinness Book of Records. Its length is 2 km. The funicular is powered by a 1,350 horsepower electric motor that lifts the train along the line with a cable.

Which metro do you want to go down to?