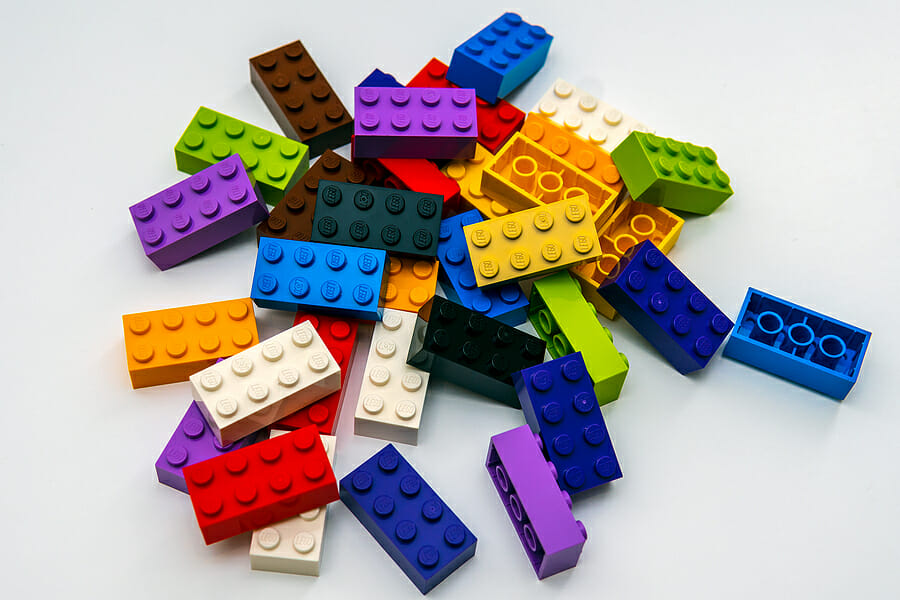 Lego bricks have been the building blocks of our imagination for generations now. Despite being over 60 years old, LEGO keeps on releasing bigger sets each year. This is great for those that love mix-and-matching; and given that there are around 4000 LEGO minifigures to choose from, we can create our own multi-universes. If you have various sets, it might be difficult to keep them separate, so check out these LEGO displays to keep your large sets protected.

The current largest LEGO set is a map of the world, spanning almost 12,000 pieces – far and away from the new record. The map spans over a meter wide, and 65 cm tall. In addition to all of the pieces, the kit comes with an audio world tour soundtrack that can immerse the user into the building experience.

The largest LEGO set prior to the world map – released in November 2020 – was the LEGO Architect Colosseum. This set is designed to replicate the Roman amphitheatre, standing around a foot tall, 52 cm wide, and 59 cm deep.

Despite being a mini replica, the details stay true to the real deal. The amount of ribs, for example, remains the same, as some of the aged imperfections. This remains to be the largest architecture set on the list and is priced at £449.99 / $549.99.

This is a great choice for a long challenge that will take some time to complete – and looks absolutely stunning when finished.

With a whopping 7,541 pieces, the Star Wars Millenium Falcon is a fascinatingly difficult and complex build. The amount of detail of the final product is remarkable, representing the famous starship of the Star Wars galaxy.  It comes with crew members such as Han Solo, Chewbacca, Finn, Princess Leia, among many others.

The Harry Potter Hogwarts Castle recreates the Hogwarts school in stunning fashion, and even comes with some Minifigures from the Harry Potter franchise. The set has 6,020 pieces and stands over 58 cm tall, 69 cm wide and 43 cm deep. This may not be as many pieces as the sets above, but it can feel bigger in stature.

If you can’t make it to the real Taj Mahal, why not build it out of lego? The iconic architecture is world-renowned and is known for its glorious detail and intricate design. This makes it an ideal set for LEGO.

The Lego Piece 26047 is one of the famous memes that a tornado has taken many on-line mediums. It has presented human beings to invite approximately the start of this meme. It was created around a few months ago, and it isn’t easy to hint in which it came from and begins right after locating the Lego Piece 26047. They said there are nonetheless a few speculations about its release.