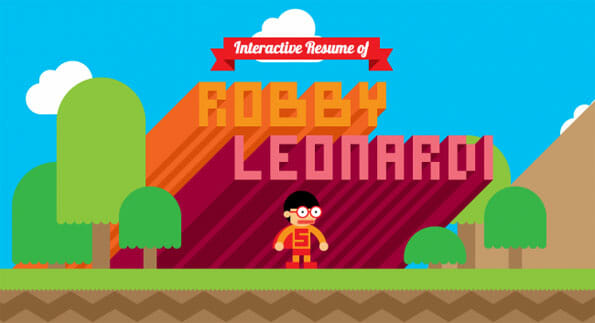 Robby Leonardi is a multidisciplinary designer looking for work. But instead of presenting his résumé on a boring-ass piece of paper, he’s put together this super clever, creative interactive video game! He’s got all kinds of different levels and stages listed to show his qualifications — the only thing missing is THE BOSS LEVEL! Get it? ‘Cause he wants a job? And he’s gonna have a boss? But hopefully no boss battle, though, just like bonuses and stuff. Probably not bonuses like extra lives or invincibility, but more along the lines of benefits like health insurance and vacation days or whatever. Am I taking this all too literally? God, I really am!

Click HERE to see/play Robby’s resume. Someone give this man a job!