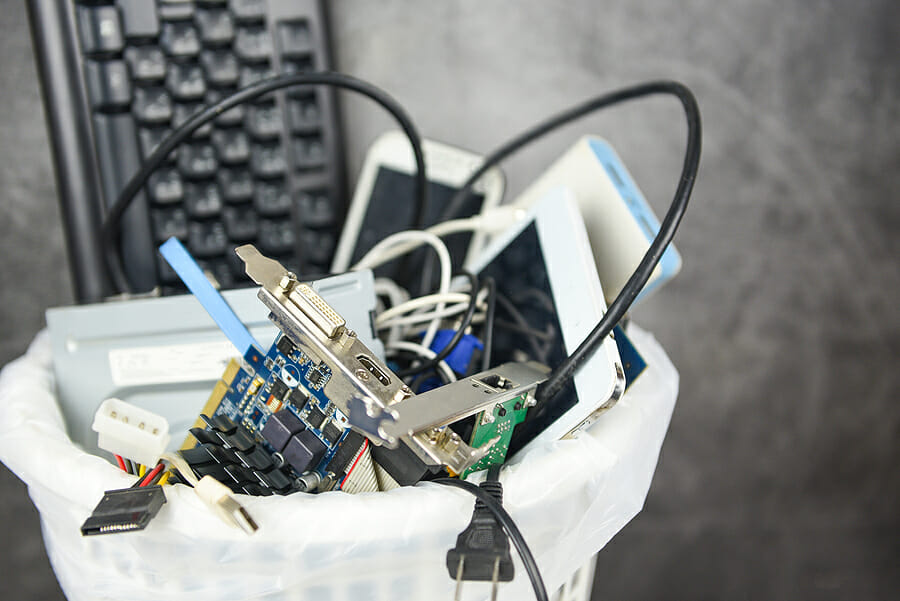 Schools, colleges & universities that are looking to recycle obsolete equipment are in luck, because R2 Recycling (a highly experienced recycler located in Silver Spring, MD with a nationwide network of partners that follow the R2 standard) is doing their part for the environment & to help educational institutions by offering completely free electronics recycling & data destruction services! Yes, you read that correctly: R2 Recycling will recycle equipment and destroy data stored on computers & smartphones totally free of charge!

The youth of today are growing up in a world very different from the one we inhabited even as little as fifteen years ago. They have grown accustomed to spending large amounts of time using computers for learning and entertainment. E-waste recycling firm R2 Recycling surmises that due to the increasingly high level of internet connectivity (and a growing proliferation of electronic waste as a result), we must resist the need to obtain the most current devices & focus on properly maintaining our current devices to ensure they will function well for some time to come to reduce the burden on our ecosystem.

One way to do this is by recycling, which will make all of us more aware of how much we use and why we need to preserve our resources. R2 Recycling believes that instead of having multiple computers in schools only one or two years before replacing them completely, we need to start caring for what we already have so they last longer. If you think about this carefully, it becomes clear that technology is an important part of the education system and that the longer we hold on to our current computers, the more positive an impact we can have on our planet. Here are some things schools can do to help reduce the e-waste problem.

How do Schools Produce E-Waste?

There are many ways in which e-waste is generated, but if we narrow it down to the very basics, we’ll find that most of it comes from old computers and cell phones. Other sources include newer electronic devices such as televisions and microwaves. Still, since those usually have a lengthier lifespan, we’ll focus on the more frequently replaced computer technology devices.

How Much E-Waste Do Schools Create?

With the average school district having hundreds to even a couple of thousand students, it is a highly common occurrence for them to have several tons of e-waste to recycle on an annual basis. This is true for both primary and secondary schools, where gifted children are taught valuable skills that help them grow into productive members of society. It’s also true that not all old computers are recycled – in fact, many of them often end up (usually illegally) in landfills. Prolonging the life of your current technology is not only beneficial for our surroundings, it also will go a long way in reducing the tax burden of the residents in your school district. 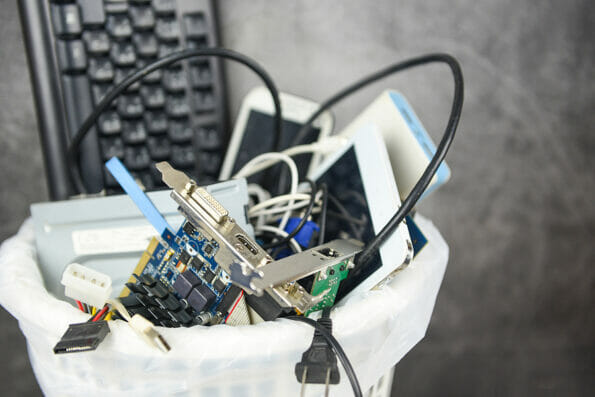 Why Should Schools Recycle Electronics?

It’s easy to forget in the present day, but there was a time when humans did not have any technology and lived in the wild. Now we have computers and electronics all around us. While we like to think that this is progress, there’s no denying that the modern world has created a lot of unnecessary waste by people who are not aware of how much they use or why they need it. We are all responsible for our actions – not just because environmental protection is important, but because it will affect future generations if we just allow it to accumulate without taking action.

One solution is for schools to look into upgrading older electronics. Not only will this reduce the amount of e-waste we produce each year, but it will also make things easier for parents who don’t have the money to buy new computers and laptops for their children. By providing both younger and older students with efficient tools to learn from, we’re allowing them to find new ways to benefit from our modern world.

Another option is to reuse components in newer machines. This can be done by either repairing broken computers or using parts that are still functional, then integrating them with new equipment that will benefit future classes. While this method will come at something of a cost to the district, it will still prove to be less costly than other options while providing numerous benefits to students & personnel alike.

Of course, there’s also the possibility of responsibly recycling outdated computers instead of finding ways to keep them running. By taking your equipment to an experienced electronics recycling facility like R2 Recycling, you will prevent hazardous chemicals like mercury and lead from polluting the environment. Furthermore, you’ll make sure electronic waste doesn’t pile up in landfills, where it can leach contaminants into soil & water streams and adversely affect wildlife as well.

The bottom line is that schools have many different options to consider when it comes to upgrading older technology and computer recycling. While you may think that this type of initiative cannot make an immediate difference, the truth is that our world will benefit in more ways than you can imagine if we all join together to learn how to use things responsibly instead of simply disposing of devices that are still quite useful.