Decarboxylation, or: Why Eating Raw Cannabis Won’t Get You High 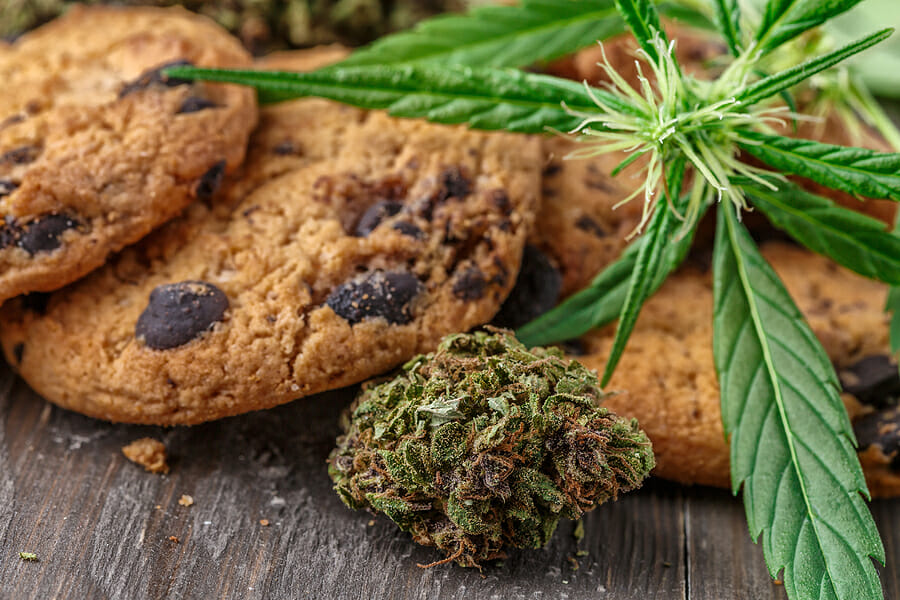 There are plenty of drugs that require extensive processing to produce the psychoactive effects that users want and crave — but that’s not necessarily true of cannabis. Cannabis naturally produces enough compounds to get users pleasantly high, which is what makes it one of the safest and most convenient substances to use, either recreationally or medicinally.

Still, cannabis does require one process to activate its useful compounds: decarboxylation. What is decarboxylation, and why is it so important for cannabis users? Read on to find out.

In chemistry terms, decarboxylation is the chemical process of removing a carboxyl group from a molecule, releasing carbon dioxide in the process. In fact, it is the opposite to the first step of photosynthesis, called carboxylation, in which carbon dioxide is trapped into a carboxylic acid group to the benefit of a plant.

In human terms, decarboxylation is a process necessary to make cannabis compounds usable by those looking to get high. In raw cannabis, cannabinoids look like this: THCA and CBDA. The “A” stands for “acid,” which is an extra chain of atoms on the end of the THC molecule that prevents the compound from binding to the right receptors in the human body. Decarboxylation removes that acid group, thereby giving people access to the benefits of regular THC and CBD.

Some cannabis advocates suggest that THCA and CBDA have their own benefits, but these compounds haven’t been studied thoroughly enough to confirm or deny these assertions. Those interested are welcome to consume raw cannabis — though considering the bitter, weedy taste and the potential for little nutritional benefit, it isn’t exactly recommended.

How to Decarb at Home

There are two ways for THCA and CBDA to lose their acid group: time and heat. Relying on time to decarb bud isn’t the best choice for businesses or consumers; it is unreliable, and it could result in less potent cannabis as THC further decays into CBN. Still, it is worth noting that flower does decarb naturally, on its own, between harvest, drying, curing and waiting to be purchased in a Colorado dispensary. Still, no matter how old weed gets, it is likely to require some additional decarboxylation to maximize its potency.

Fortunately, there are several methods for using heat to decarb bud. The easiest and most common is simple combustion — lighting the cannabis on fire and inhaling the smoke. This is why the oldest and most popular method of consuming cannabis is in joints and pipes; the decarb process is built into the consumption process. However, every experienced cannabis user knows the downsides to combusting cannabis, to include wasting some weed, introducing combusted particles into the lungs, less pleasant taste and smell and more.

Dry herb vaporizers tend to be a better alternative to traditional combustion, especially when they rely on convection, or indirect heat, to decarb. By heating the air around the flower instead of applying heat directly to the flower, users are able to compel the chemical decarboxylation process without creating a wasteful and distasteful burn. Plus, this process creates a vapor, which provides a similar experience to smoking for those who prefer the immediate effects of cannabis inhalation.

For all other methods of use — edibles, extracts, concentrates, etc. — it is possible to separate the decarb process from the consumption process. Here’s a quick way to decarboxylate cannabis safely and effectively at home:

Once decarboxylated, cannabis can be infused into fats, like cooking oils and body moisturizers, or run through extraction processes for the creation of concentrates. The sooner decarbed cannabis is used, the better.