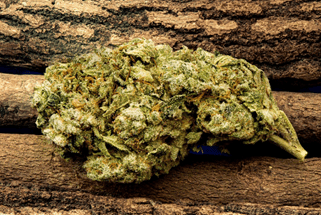 Medical marijuana is legal in 33 states, which means in more than half the country, certain sufferers have access to a wondrous treatment that can relieve pain, relax the mind and body and do so much more to facilitate health and wellness. Yet, because the marijuana remains patently illegal at the federal level, it is against the law to transport cannabis products over state lines; as a result, each state has its own marijuana industry, where growers, manufacturers and sellers operate distinct from others in different states. If you’re concerned about being able to obtain marijuana for medical purposes, your safest bet is to get a medical cannabis card or any of the other states where medical marijuana is legal.

Yet, that doesn’t mean that each state’s marijuana industry exists in a vacuum. Some marijuana strains rise above the rest in the quality of their cannabinoids, and somehow they sneak across borders and into medical dispensaries to bring comfort and calm to as many people as possible. Click here if you are looking for a marijuana strain to try next, or consider searching your local dispensary for one of the following top medical strains across the country.

For our Canadian readers on our site, check out the best online dispensary Canada in the country. They provide all kinds of weed products that will suit your needs, based on potency and freshness.

Royal Gorilla has become one of the biggest trends in weed over the past couple years — which is surprising considering its existence is almost pure coincidence. An accidental cross of Sour Dub, Chem’s Sister and Chocolate Diesel has resulted in a perfect 50/50 sativa/indica hybrid with an astonishing THC content between 22 and 26 percent. Royal Gorilla’s high moves slowly until you suddenly realize how utterly calm and relaxed you feel. Though Royal Gorilla isn’t the easiest strain to find, it is well worth the hunt.

Northern Lights is one of those strains with a genetic history shrouded in mystery. Emerging from the Pacific Northwest sometime in the 1970s, this powerful indica remains popular amongst almost all weed enthusiasts, but it is especially beloved in the medical use community because of its respectably high content of both THC and CBD. Because Northern Lights has been around so long, most every grow operation has its own twist on the strain, so it is likely that medical marijuana dispensaries in Oklahoma will have slightly different Northern Lights than recreational dispensaries in Washington State. Still, Northern Lights is always worth picking up if you need a relaxing, pain-relieving indica.

A newer strain, Charlotte’s Web was bred in Colorado for a girl named Charlotte Figi, who was diagnosed with a particularly devastating form of epilepsy called Dravet syndrome. The high CBD content and low THC content of the strain — an unprecedented 30:1 ratio, with over 300 times the CBD of typical cannabis strains — reduced both the frequency and the intensity of Charlotte’s seizures, vastly improving her quality of life. Charlotte’s Web has applications beyond epilepsy, especially depression and PTSD, so you should look for CBD drops made from Charlotte’s Web in your local dispensary.

Though the name evokes a feeling of pleasant lightness, Lemon Meringue is not a strain to be trifled with. Packing a punch with a THC content around 28 percent, this strain boasts some of the most intense cerebral effects of any marijuana strain in existence, to include two of its ancestors, Cookies & Cream and Lemon Skunk. Most often, extremely high THC strains are developed for psychological disorders, like ADHD and PTSD. You best believe that Lemon Meringue will leave you uplifted for hours and hours, and you don’t need much to feel its powerful effects.

Another age-old strain with unknown origins, Trainwreck hails from 1970s Northern California, where it likely descended from some amalgam of Mexican sativa, Thai sativa and Afghani indica. Though Trainwreck is technically a hybrid, it does lean toward the sativa end of the spectrum, providing users with an impactful head high and a rush of energy. Like Northern Lights, Trainwreck has been around long enough to spread around the world and back, so your own dispensary’s variant might have some unique properties, like a distinctive flavor — but its high THC content will always help you manage chronic pain, migraines and the like.

Admittedly, few of the very best medical marijuana strains are ideal for beginners; the high THC content of most medical strains can often allow newbies to experience negative side effects, like nausea or paranoia. If you are new to medical marijuana, you shouldn’t hesitate to ask for advice from the budtenders at your local medical dispensary — find local dispensaries near you — and once you improve your tolerance, come back for these strains listed here.