7 Date Ideas for a Romantic Night Out in Chicago 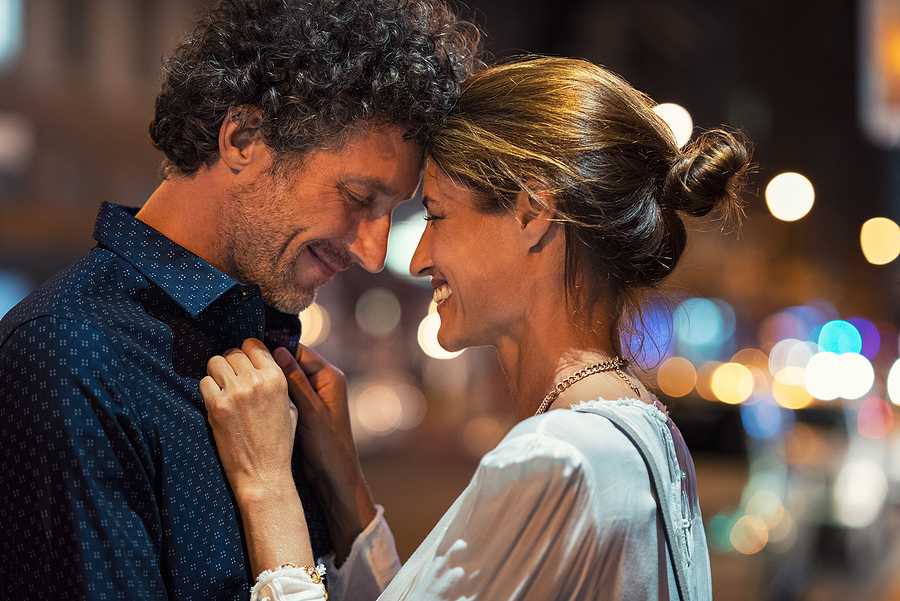 Not many things are more romantic than taking your partner on a romantic getaway. Getting out of town, exploring a new city, and taking in all that city has to offer is a great way to spend time with your special someone.

Plenty of cities around the country can provide a romantic getaway for you and yours but Chicago should be at the top of that list. The Second City is second to none when it comes to the range of romantic offerings it has for lovebirds.

With so many romantic things to do in Chi-town, what to do can be hard to decide. To help you choose what’s best for your personal couple’s retreat, we’ve put together a list of the most romantic nights out in the Grey City. Here are seven date ideas for a romantic night out in Chicago.

Take in the views from a rooftop bar

Sitting high atop a towering building, looking down at the city of Chicago below, enjoying a meal or a cocktail with your partner is about as romantic as it gets. In Chicago, you can create this scene throughout the city at one of the many rooftop bars. The best part is, if you are visiting Chicago and staying at a hotel, there is a good chance your hotel will have a rooftop bar right there.

Chicago’s rooftop hotel bars include icons like Cindy’s at the Chicago Athletic Association Hotel and J Parker at Hotel Lincoln. It doesn’t stop here, though.  Plenty more offer you great ambience for enjoying a romantic night out with a view. Raised (Renaissance Hotel), Z Bar (The Peninsula), Cerise Rooftop (Virgin Hotels Chicago), and Kennedy Rooftop (Hyatt Place Chicago) are all fantastic options. For even more options, Party Slate’s curated list of Chicago rooftop bars will help you out.

For music and history lovers, the Green Mill Cocktail Lounge in Chicago’s Uptown neighborhood is the perfect destination. The place has been in business since the early 1900s and was a hangout for local actors from the early days. It truly came to prominence, though, in the 1920s when Al Capone’s top hitman, “Machine Gun” Jack McGurn became part-owner.

After its turbulent Prohibition days, the club became a jazz mecca and hosted legendary acts such as Billie Holiday and Al Jolson. The club is still one of the best places in the country for jazz and makes for a very romantic night out with a date.

Experience world-class theater at the Goodman or Steppenwolf

About halfway between Hollywood and Broadway lies two world-class theaters where you can see some of the best stage shows in the country. The Goodman Theater in the Loop was founded in 1925 and has been putting on Broadway classics, local favorites and newly written plays for almost a century.

Split a sundae at Margie’s Candies

Margie’s Candies is part candy store, part ice cream parlor, and all Chicago. With two locations – the original is in Bucktown and the 2005 addition is in North Center – this Chicago classic has been serving up sweets to the Chicagoland area since the 1920s. Any place that was a favorite of Al Capone and was also the Beatles’ late-night stop after they played Comiskey Park has to be a Windy City legend.

The real headliner for a classic ice cream parlor date at Margie’s Candies, though, is the ice cream sundaes. You can get anything here from the two-scoop Bucktown Special to a classic three-scoop banana split all the way up to the daunting six-scoop Atomic Sundae which is what John, Paul, George, and Ringo allegedly split with a few female fans back in 1965.

Just outside the West Loop in River West, you can find AIRE Ancient Baths. Billed as “a unique experience for the body and mind”, this old-fashioned spa offers traditional Roman, Greek, and Ottoman baths.

The spa offers many different couple experiences, all of which will allow you and your favorite person to sit back, relax, and get pampered. These experiences include massages, exfoliations, foot scrubs, and tours of a range of ancient thermal baths. It is a romantic, one-of-a-kind experience you and your partner will not soon forget.

You probably know all about Chicago deep-dish style pizza but to take your pizza experience a bit further, head to lunch or dinner at Chicago Pizza & Oven Grinder on North Clark Street for their signature dish, the Pizza Pot Pie.

The dish is exactly what it sounds like but even more delicious than you can imagine. After you feast, you’ll need to walk off all those calories.  The historic area where the restaurant sits is a great place to take in a ton of Chicago history. The best place to start is at the parking garage across the street from the restaurant, the site of the infamous St. Valentine’s Day Massacre.

Share a tiki cocktail for two at Lost Lake

Tiki bars are probably not the first style of drinking establishment that comes to mind when you think of Chicago but the town actually has quite a few of them. One of the best is Lost Lake, an upscale cocktail bar in Chicago’s Logan Square neighborhood.

Started by Chicago cocktail legend Paul McGee, Lost Lake is like a mini tropical vacation spot in the middle of the Windy City. The cocktails are world-class, too. The bar is a two-time James Beard Foundation finalist for Outstanding Bar Program and was named as one of the World’s 50 Greatest Bars in 2018.

These seven ideas for a romantic night out in Chicago are sure to impress and amaze your significant other. Whether they are into food, drinks, views, plays, music, or something else, there is something on this list they will enjoy. We hope you have a magical romantic time in Chicago!