How Does Berberine HCI help in Treating Metabolic Syndrome 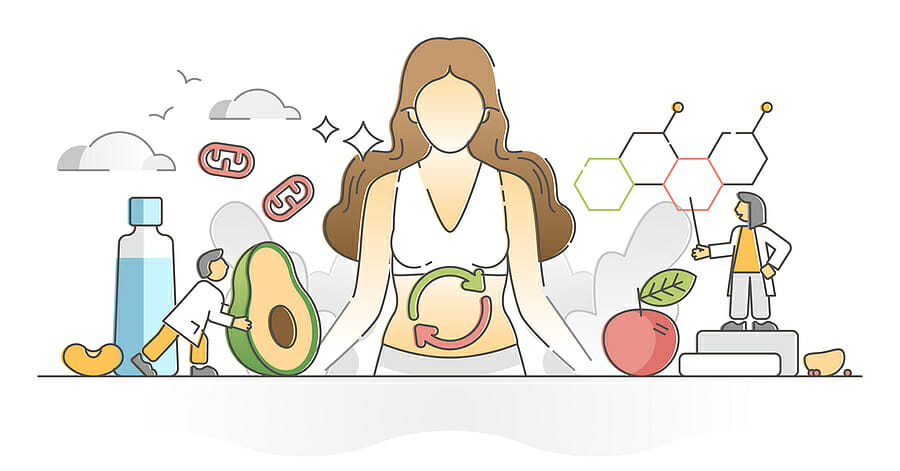 Human body is a complex system that functions with the help of different chemicals. These chemicals, produced internally or ingested, help regulate the organs and maintain your health. Your habits have a profound bearing on how well these chemicals balance. They need to remain within appropriate levels, or else they’ll start to harm instead of benefitting you.

Metabolic diseases like diabetes, coronary heart diseases, obesity, etc. are prime examples of such lifestyle-induced illnesses. There is now a constant war waging against these.

The most effective weapons against these diseases are awareness about them and regular exercise. These measures might not be sufficient, which is where supplements come in. Known since ancient times, nutritional supplements like berberine help combat the illnesses. They are available today in the form of capsules like Metabolic Xtra.

The Berberine Boost to Metabolic Health

Medicine has started to warm up to the positive effects of Berberine in recent times. This alkaloid is extracted from the plant Coptis Chinensis and is made available in pill-based supplement form like Metabolic Xtra. It has been shown to mitigate the different types of metabolic syndrome issues that we people face everyday quite effectively.

Diabetes is one of the deadliest issues humanity is facing today. According to WHO reports, the number of diabetes-affected people worldwide rose from 108 million in 1980 to 422 million in 2014. This number continues to increase to this day. This syndrome is due to a lack of exercise and a bad diet.

While the results have not been conclusive, berberine has shown promise, in some cases, to be a potential treatment. It has shown indications of AMP-activated protein kinase activation, which works to regulate blood sugar levels in the body. Researchers believe that such activation helps treat diabetes and other issues like obesity and high cholesterol.

A meta-analysis has demonstrated that this compound could be better at lowering blood sugar than a placebo. Another has showcased improved effectiveness at combating the illness when combined with lifestyle changes compared to doing only the latter. Other research indicates that berberine is a good anti-diabetic for those who have problems with present drugs due to heart, lung, and kidney problems.

Low-density Lipoproteins (LDL) are found naturally in our bodies, along with High-Density Lipoproteins (HDL). The former is also commonly called ‘Bad Cholesterol’ because of the effects it has on us. LDL, combined with triglycerides, in high amounts will increase the risk of heart diseases and stroke.

There’s some evidence to indicate that berberine helps to lower LDL and triglyceride quantities. A review appears to show such effects in both animals and humans. A meta-analysis has also shown that the substance works better towards reducing LDL when combined with lifestyle changes instead of the latter alone.

A curious result has emerged from a study on hamsters: Berberine seems to have moved the excess LDL to the liver, where it can be processed and removed from the body. Some researchers believe it can perform the same job as regular cholesterol medicine but without the side effects.

Hypertension, also called high blood pressure, wreaks havoc everywhere. Its main effects are felt, however, on the heart. It is the leading cause of heart disease.

One meta-analysis indicated that Berberine combined with high BP drugs has better effects on the problem than the drugs alone.  A rat-based study seemed to show that the compound could slow the onset of the condition, and reduce its severity once affected.

It might not be on people’s radar, but inflammation can affect the body seriously. It can be a vital contributor to several health issues like heart problems and diabetes.

Berberine has shown that it acts as an anti-inflammatory, opening the door towards its usage to treat inflammatory-related diseases.

Some researchers believe that it can substitute metformin, a type-2 diabetes drug, without having any side effects. It could very well have the power to alter gut-bacteria, aiding in treating obesity and diabetes.

Berberine could be a natural wonder drug for many metabolic syndrome problems. Products like Metabolic Xtra help bring this wonder to people’s hands so that they can benefit from it.