All You Need to Know About Meth Addiction: Consequences And Treatment 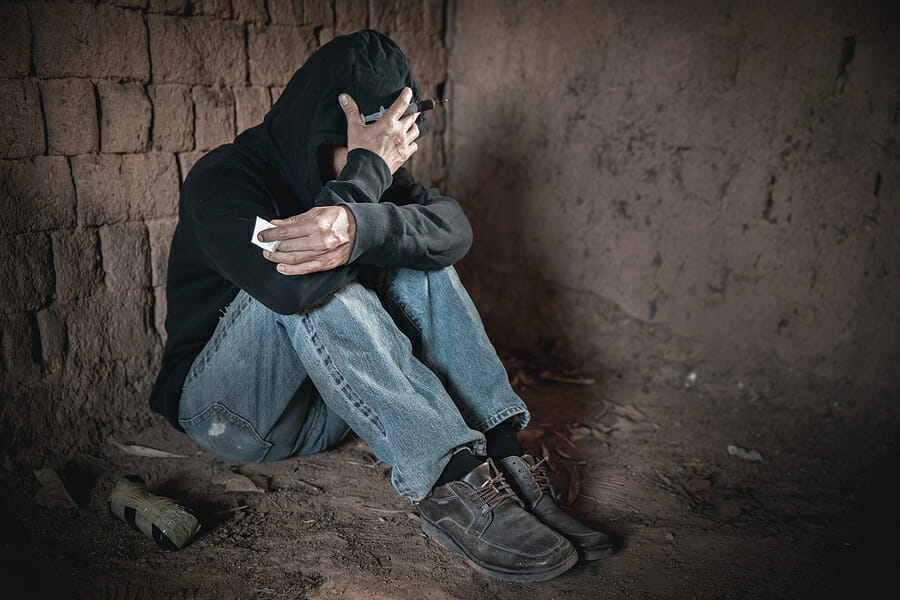 The drug Methamphetamine looks like white crystals. It is also called METH. A person can inject it into the body in different ways – by inhaling or using a syringe intravenously.

As a result of the influence of Methamphetamine, a person experiences a feeling of euphoria. It begins to seem to him that there is no one happier than him in the whole world. This state persists for about 6-8 hours. After that weakness arises, everything that happened begins to seem meaningless.

Properties and Features Of Meth

Before talking about the consequences of using Methamphetamine, let’s dwell on its characteristics.

Meth is made in artisanal conditions, so no one can vouch for its quality and safety. During production, special reagents are used. In their absence, manufacturers use cheap substitutes. This makes Methamphetamine’s health risks even greater.

People do not even know what they are taking. They learn about the consequences of Meth later, when they already become drug addicts and cannot resist the pathological craving for a prohibited drug.

Effects On The Body

Because of its simplicity and low cost, the drug is very popular and widespread. Usually the first time they try it in nightclubs, at entertainment events. The composition stimulates the nervous system very strongly. Therefore it has a destructive effect on both the mental and physical health of a person.

Hence, there are heart attack, stroke, atherosclerosis, hypertensive crisis, arrhythmia, and other life-threatening consequences of taking Meth. In parallel, there are changes in the work of the kidneys, liver, lungs, and gastrointestinal tract.

Common Symptoms Of Meth Include:

Degree Of Dependence On A Drug

METH dependence can be weak, medium, and strong. In the first case, the drug is taken occasionally to improve mood. It is also used for weight loss, as it greatly reduces appetite. Of course, this cannot be done, since, to improve the figure, you can join the ranks of drug addicts.

With a moderate degree of addiction, the person usually inhales the powder through the nose. But each time, he wants to increase the dose he receives. Therefore, he begins to inject the drug into a vein. At this stage, the psychological dependence on the substance becomes strong.

With a strong degree of addiction, the addict can no longer imagine his life without METH. Even if he tries to give up the use of the drug, he realizes that he will no longer be able to do this without it.

How To Recognize A Meth Addict

Due to the specific action of Methamphetamine, an addicted person often has bouts of nausea and vomiting, auditory, and visual hallucinations. He becomes very irritable and aggressive, cannot behave calmly, and constantly moves. The patient may have a persecution mania, inexplicable fear. He sees a non-existent danger everywhere.

The addict stops eating – he has no feeling of hunger at all. This often leads to dehydration and severe wasting. Insomnia, high blood pressure, and dilated pupils are all signs of METH use.

If an addict stops taking METH because he wants to become better or simply because he cannot find the next dose for some reason, he will face withdrawal (withdrawal) syndrome. First of all, abstinence affects the psyche. The addict is constantly sad; everything seems to him gray and gloomy.

At the same time, he cannot calmly communicate with surrounding people, relatives. In relation to them, he is aggressive. The more time the patient refuses to use the next dose, the more he suffers. Soon he begins to experience severe weakness, due to which he is unable to perform even simple work, to move. His whole body aches..

Relatives cannot help a methamphetamine addict at home. It is very important to go to a drug treatment clinic or call a drug therapist. Only a doctor can provide meth withdrawal treatment and improve the physical and mental state of the addict.

How To Remove Meth From The Body

Drug addiction treatment should be carried out in an inpatient setting. First aid can be provided to the patient right at his home, but after that, he should go with the doctor to the hospital, where highly effective complex therapy will be offered.

The detoxification procedure allows you to remove the drug from the body. It provides for the setting of a dropper with cleaning and adsorption solutions. After infusion therapy, the physical craving for METH is markedly reduced.

It is important to understand that it is impossible to get rid of the psychological craving for the drug in a few days or even weeks. Rehab usually takes a year or more. All this time, the addict should ideally be in a specialized rehabilitation center.

If you or someone in your family is taking methamphetamine, call our drug treatment clinic right away. Do not ignore the presence of drug addiction – it will only make the situation worse. With the support of an experienced drug therapist, you can change your life and become healthy.