Tired of Your Blunt Knives - Want To Get Them Back To Life?

Just some days ago Edge of Belgravia, the design pioneering chef’s knife company based in London, launched its 5th crowdfunding campaign on Kickstarter. This time they have developed a simple, stylish but revolutionary electric sharpener, called the Diamond Electric Sharpener.

Why is this new sharpener remarkable?

How is this possible?

The company claims that the secret is the combination of a number of factors:

The main problem with cheaper sharpeners is that they tend to use a cheaper material for the coating of the sharpening wheels. The most common is tungsten carbide hardened to 55-58 HRC. This is fine for a cheap soft steel knife with hardness of only HRC 52, but most quality knives have a hardness starting at 54. This would result in sparks and potentially destroy both the sharpener and the knife. 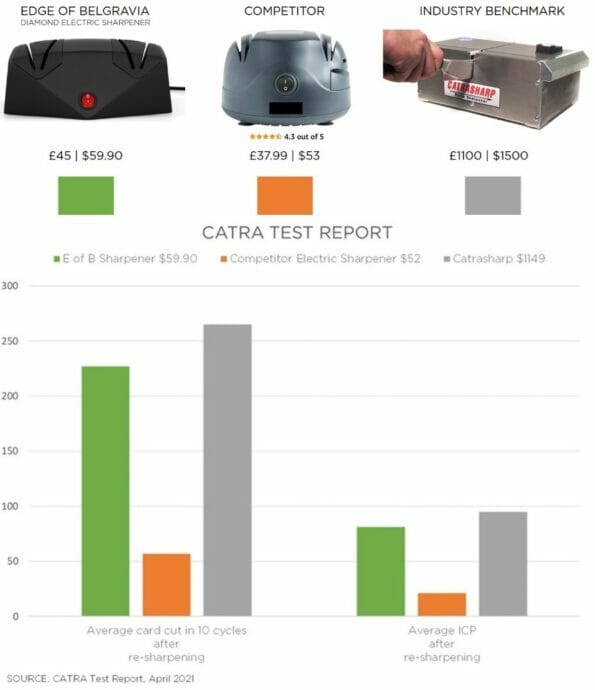 Is this the first sexy-looking sharpener?

Most sharpeners look as dull as the knives they are about to sharpen. Edge of Belgravia’s Diamond Electric Sharpener is true to their design ethos. Bold design and high tech materials. The jet-black rubber coated plastic shell looks like something out of the Batcave. Could it be the first sexy looking Electric sharpeners?

When launched on Kickstarter, the Diamond Electric Sharpener was funded in the first 3 hours. Edge of Belgravia claims that many of its old backers and customers are thrilled to support the sharpener, which complements their existing knives. Priced at only £45 it is quite the bargain. The campaign closes the funding on 1 June so there is not much time to join, but the firm had reassured us that it will launch to the general public in 2022. 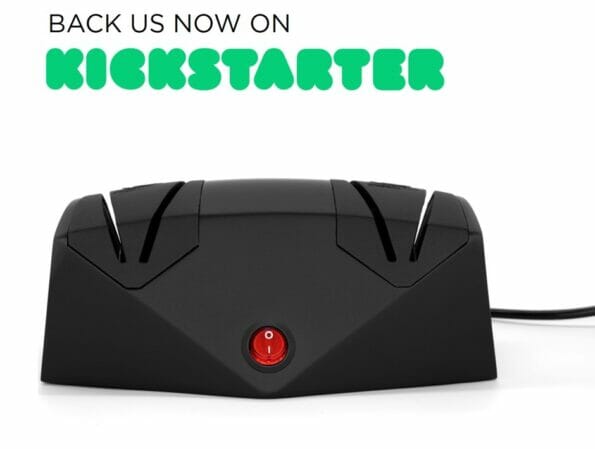 Based in London, Edge of Belgravia rocked the Kickstarter community in 2017 with its Black Damascene Japanese Steel knife range, Kuroi Hana, which with nearly 7000 backers became the most funded chef’s knife campaign ever, and the most successful British creator on Kickstarter in its 12 year history.