These Space Beers Are Inspired By Planets In Our Solar System 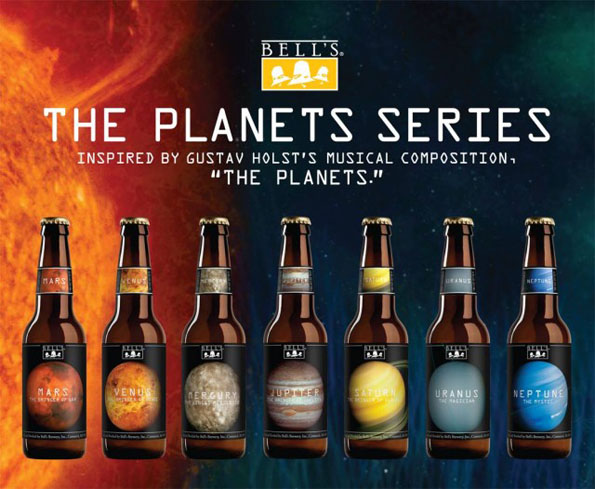 This is Bell’s Planet Series, a collection of beers inspired by Gustav Holst’s “The Planets,” which is of course inspired by the planets in our solar system minus Earth and Pluto. THAT’S RIGHT, I SAID PLUTO. Pluto always and 4eva, bb! The beer deets:

“Venus, The Bringer of Peace” – A Blonde Ale brewed with honey, apricot, vanilla and cardamom

“Jupiter, The Bringer of Jollity” – A malt forward Brown Ale

“Saturn, The Bringer of Old Age” – A Bourbon Barrel-aged Barleywine

I will put on the soundtrack, have one of each, guzzle them back to back until I pass out, and when I wake up in the AM, I’ll have a hangover that is out of this world. See what I did there? Yeah, I hate me for it, too. Join the club! I’m the Founder. Former President, but I got voted out of the position.

Gustav Holst’s “The Planets,” for reference: